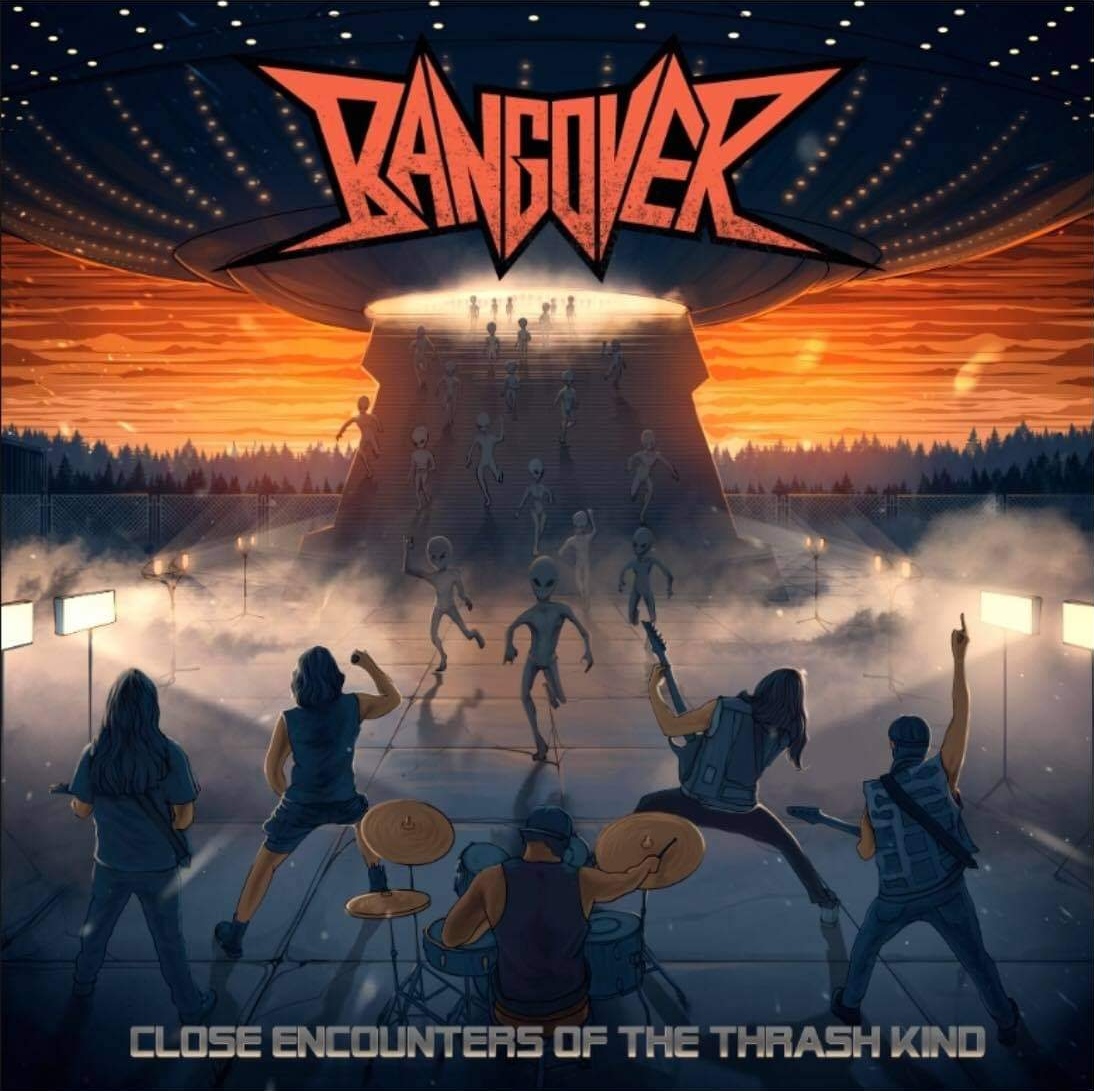 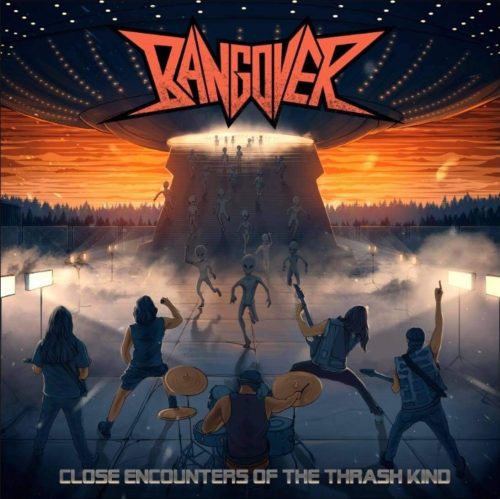 Bang the head that doesn’t bang! That was the mantra of thrash back then and it is the mantra of the thrash bands that have spawned in the last decade, donning their leathers, spikes and Mockingbirds to dance the toxic waltz. One such band are Bangover, the British thrash band who are back for the first time since 2018 with their latest EP ‘Close Encounters of the Thrash Kind’.

As far as thrash EP’s go, ‘Close Encounters…’ ticks all the boxes, it barrels its way forward like a bear that’s been kicked in the knackers. Yes, it’s angry, it isn’t quite sure what at, but anything in its way is getting a good ol’ mauling. Could this EP have been released in 1988? Easily. ‘Close Encounters…’ is four tracks of thrash done right, tracks such as ‘Tones’ and the title track muster all the power of Exodus, Testament and Flotsam and Jetsam in their prime whilst touching base with more contemporary thrash such as Dust Bolt, Scimitar and Evile, even if ‘Blood, Sweat and Beers’ does that old chestnut of naming endless thrash records, it is still enough to make the listener smile.

For thrash fans, ‘Close Encounters…’ is an excellent thrash release, it reminds us why we love the genre and why it is still here 40 years later. 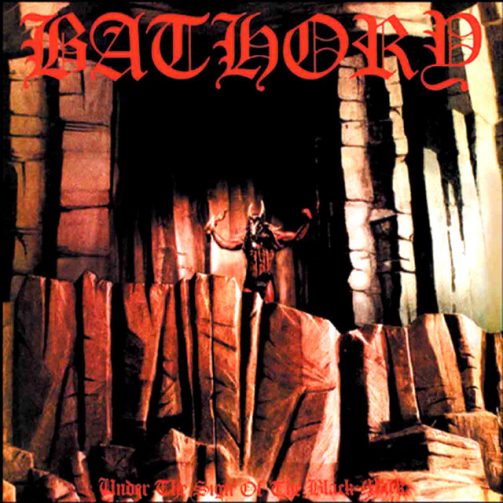