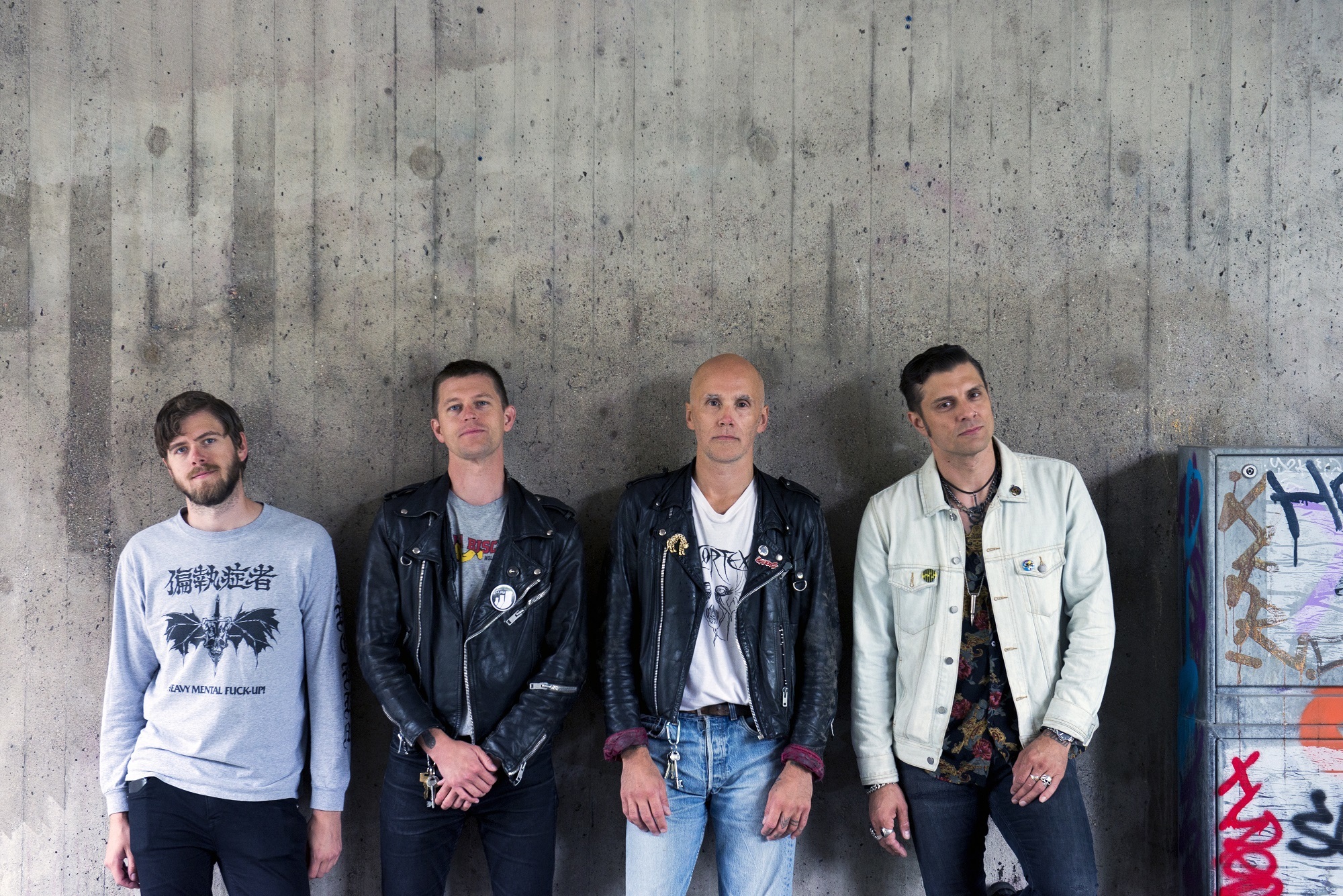 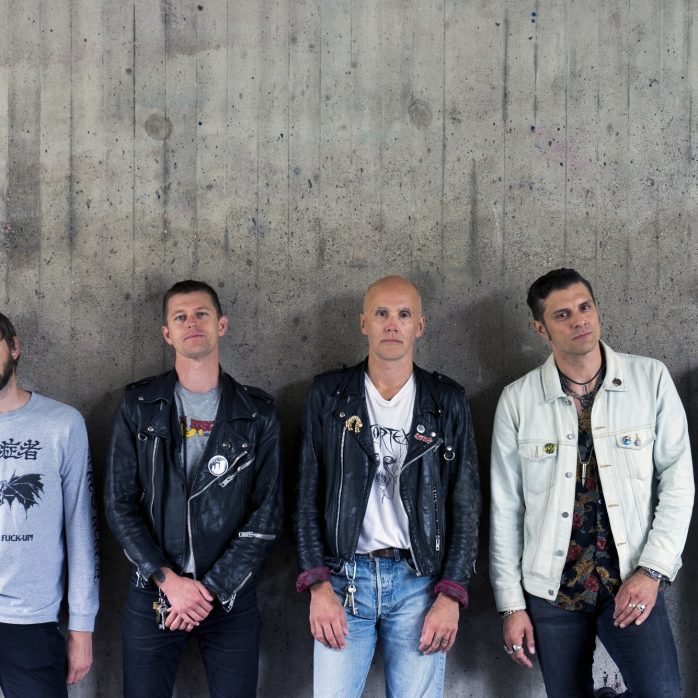 From Sweden with a boot to the face – fresh, new high-speed dirt from respectably old seasoned punks! EXIL is not another pitiful pandemic project jammin’ through the internet, but a properly planned, functioning, sweaty-rehearsal-space band that just had the rotten luck of forming in the middle of the world shutting down to shit. So, no gigs, just straight for full-length album: 11 tracks, 26 minutes of pure ferocious hardcore punk.

There’s enough distortion to satisfy the leathery raw punkx mania for mangel, yet plenty of sharp simple hooks to give the USHC stage-diving singalong freaks their fix. Metal? Perhaps a knife’s edge worth in the guitar work and blitzkrieg soloing, akin to early moronic speed metal. EXIL write actual tunes you can sing along to. Tunes for fuckers.

Three quarters of the band are born and raised Umeå Hardcore. Their paths have crossed before, going back some 25 years (see below). But EXIL are based in Stockholm. It’s a hellish neo-liberal experiment of a capital city: Ayn Rand’s own privatized garden of lust, or an even shittier 50 Shades of Grey with Rich Uncle Pennybags-gone-Pinhead as the dom and we, the people, as the subs.

EXIL play fast, stupid music with smart lyrics permeated with a sense of alienated bleakness. Much of the lyrical bantering deal with the above, life in the big city, and the mind-shattering daily life of modern Western society. It exposes how economic injustice is expressed in an urban environment, with parasitic landlords and immense gentrification that pushes all culture that doesn’t conform to lame middle-class norms to the absolute periphery of cities like Stockholm.

Another theme is that of social atomization and the poverty of individualism. People fear climate collapse and want to transform into individual ”survivalists” in bunkers. They are fooled by the neo-liberal gospel of individual strength and perseverance, since the only way to handle climate collapse in any meaningful way is through people coming together. Fucking unity, man.

“What did you do when the world came to a stop? EXIL got sick like everybody else, then they got angry, then they got busy, now they’re gonna get YOU. Firing out of Stockholm city in the time of protests and pandemic, EXIL hangs the open-ended grab-a-board-and-go power of early LA hardcore onto the relentless skeleton of a UK hardcore wall of sound. Society shut them out when they were young, and now here they are, full-grown and wielding reins of punk with great merciless fury. It’s personal, it’s piercing, and it’s a party. The rebels are inside your house, they are all around you… join the singalong or face your annihilation.” – Ian Christe, Bazillion Points Books 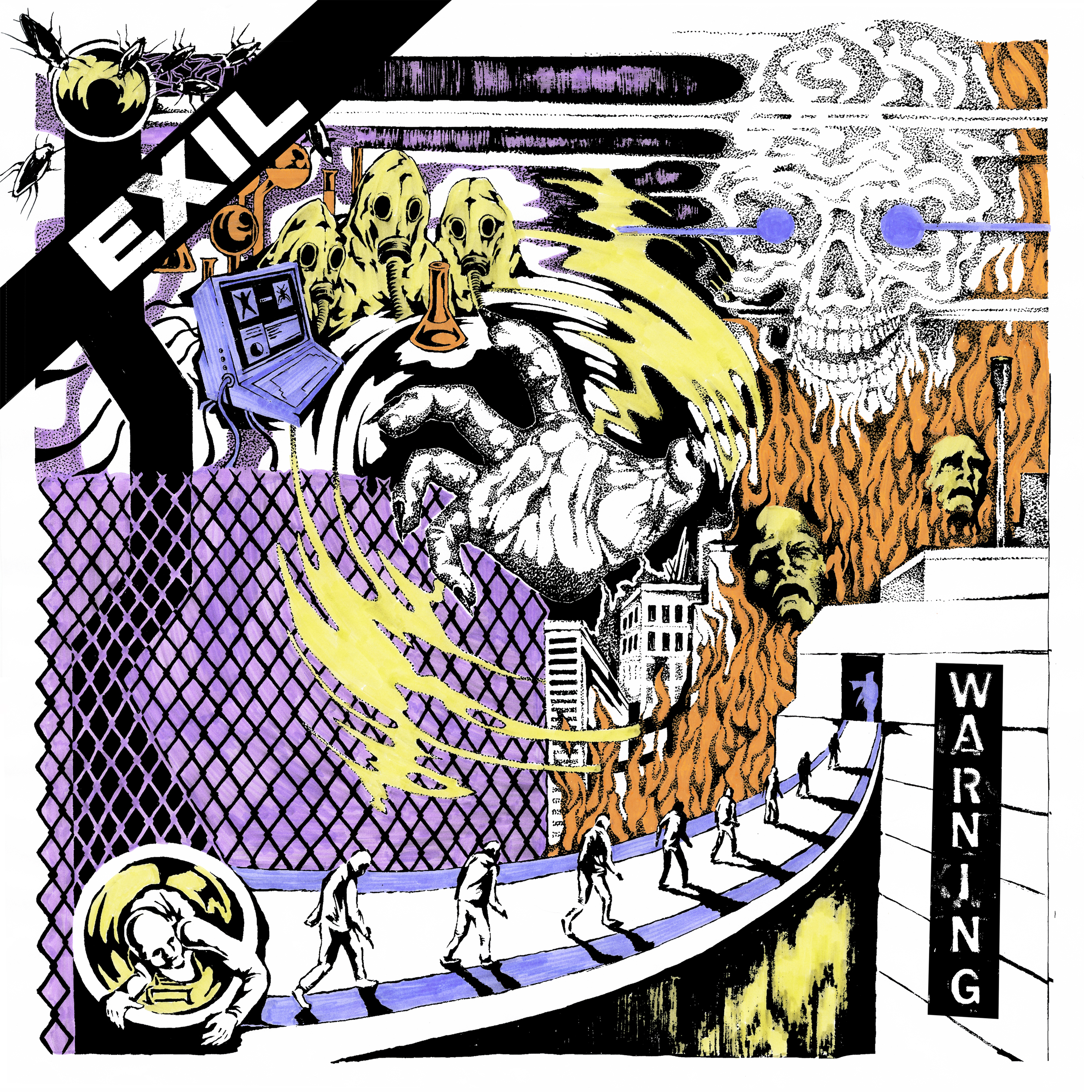 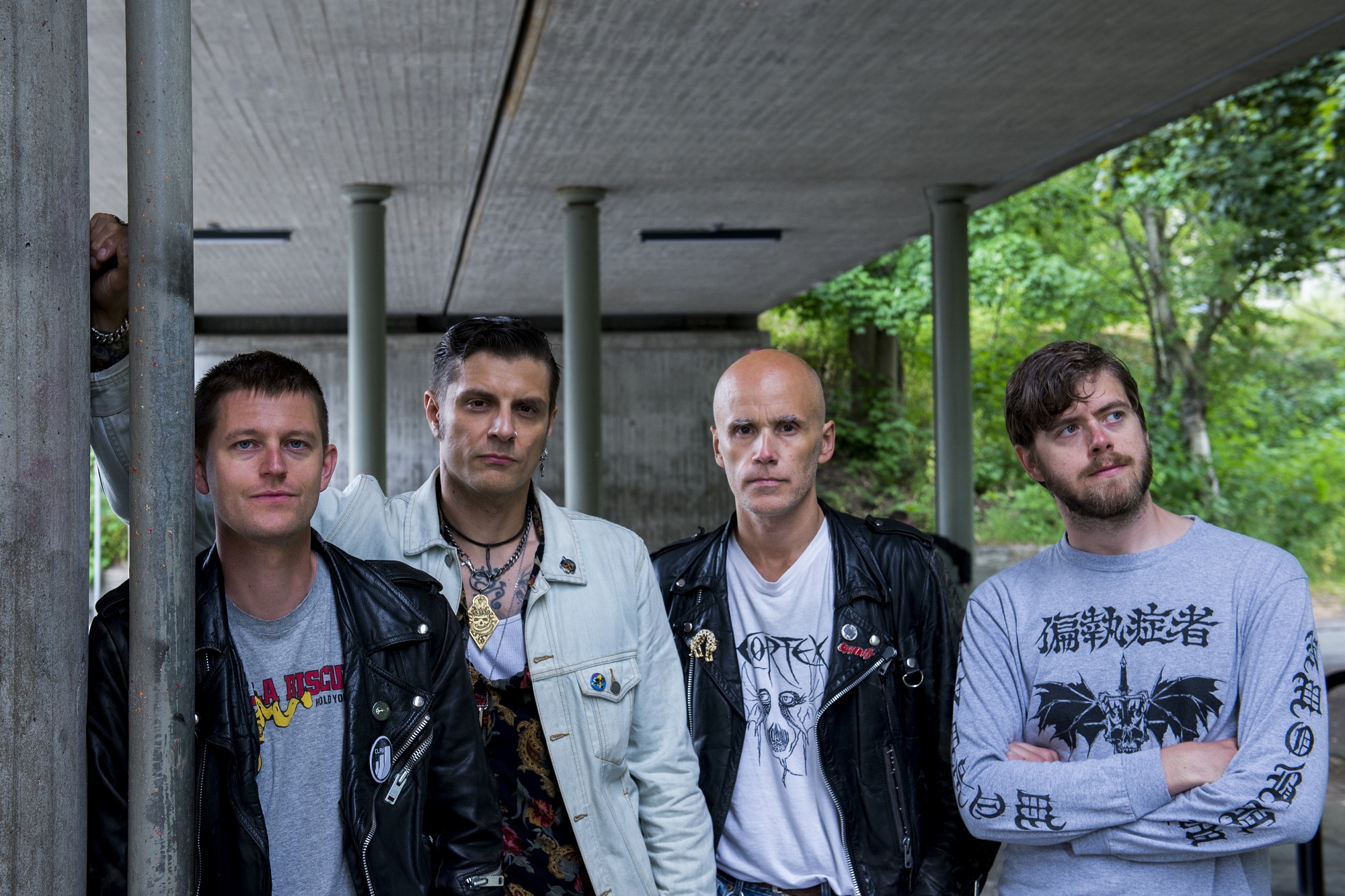 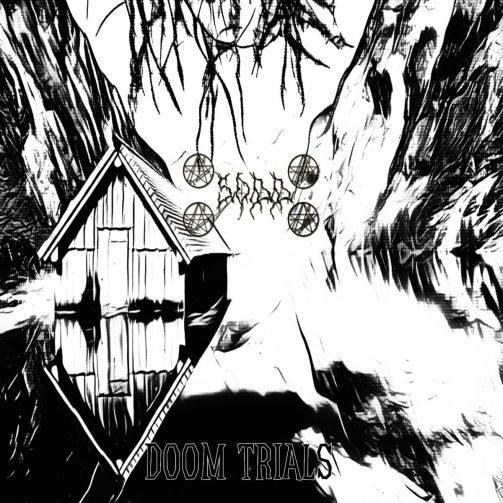