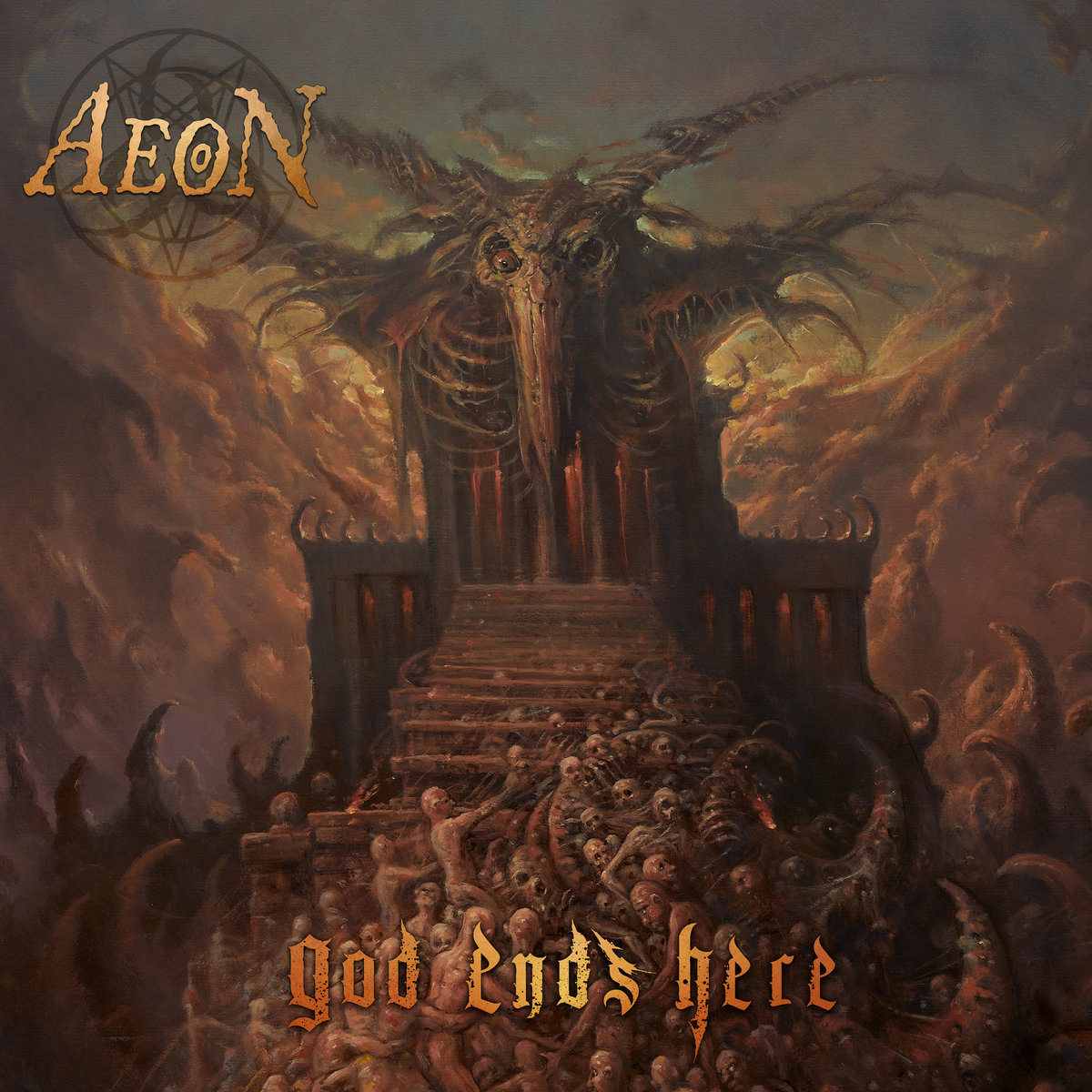 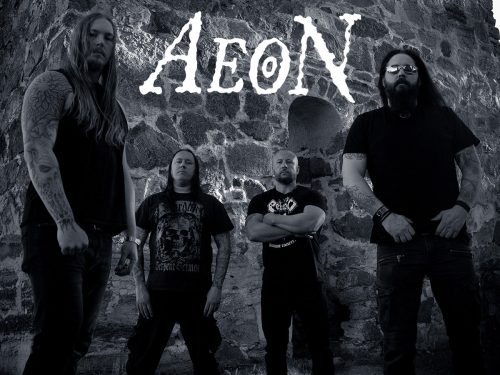 A key quality that I’m always in search for in music is that atmospheric component, in other words the spirit behind the veil that is fashioned from every emotional facet, the same spirit that may take the form to the listener’s desires but at the same time will usher those to a new realm. It may seem a tad unorthodox, my description, but to me, it’s like finding beauty beyond the stars for which therein lies a hidden meaning.

What exactly am I getting at? Aeon’s newest offering , ‘God Ends Here’ is a testament to demonstrate that one needs not roar to the heavens in order to be heard, nor do they need to be Goliath in stature to command dominance, for if one is honest with the emotions that reside within, even if their lake bathes not in the light of the sun. In other words, the monolith by which Aeon has constructed arrives from a vessel soaked in malice from the navel to the marrow of the bone and the venom from which is secreted is translated to this very album….the result? Sound that is created from contemptuous malice.

‘God Ends Here’ is built off the bones of your typical Death Metal nuances , but the same skeletal structure is used as a framework rather than a crutch to prop a corpse. The meritorious factors that are birthed upon the album arrives in the manner for which Aeon assembles both it’s technical prowess combined with the atmospheric moments, for they are interlaced into each other seamlessly where the synergy which flows never seeks to drown out the opposing force produced by the musical components.

‘Liar’s Den’ , ‘God Ends Here’ and ‘Severed’ are noteworthy tracks which establish the equilibrium achieved from the complexity produced from the strings and percussion especially where the tempo is concerned, for at times the musical structure can be likened to that of ceremonial pyre, where the flames are unbridled as their movements become serpentine and orphic yet at the same time there exists a destructive attribute to it’s candor, so to does the musical elements exude in their output.

A key moment upon ‘God Ends Here’ is the alignment of its musical architecture, for together it creates a robust entity, a leviathan creature that seeks to desecrate celestial flesh. But even such great beasts need to be summoned from the caverns in which they dwell…it is the vocals on the album that fulfils such complex incantation, as the very energy that is discharged from these sermons come forth from soul that denounces salvation and from a tongue tinged in poisonous hate.

Aeon has crafted a Death Metal ceremonious experience that is enough to transcend even the meek and frail spirit to take form to the sound of the drums of war, for ‘God Ends Here’ is an album whose presence is enough to baptize one in sulphur and fire yet bestowing onto one who absorbs it’s aura with an unbridled strength. 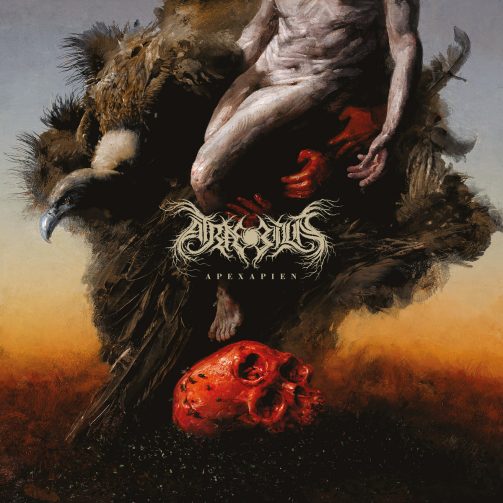