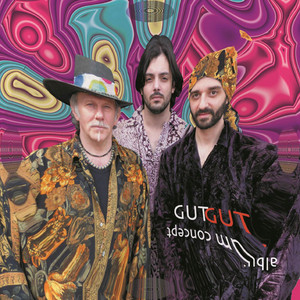 A warm evening in Toulouse, the sun sets slowly behind the faded stucco buildings of the old town. Round the back of the Zenith Metropole two tour busses arrive. One is carrying Black Grape, the other has France’s premier David Bowie tribute act. A standoff ensues; which escalates into violence. Shaun Ryder lies bleeding and unconscious on the pavement, but the show must go on. An unholy alliance of British Indie Rock and inspired foreign language Funky Bowie homage is formed. Welcome to the slightly strange world of GuT GuT.

“Tepnoc Mu” is GuT GuT’s fourth album, and carries an unashamed confidence and individuality that many other Alternative Rock bands would do well to note. “Hard to pin down” is a reviewer’s trope that gets brought out whenever things cross a few boundaries, but sorry to say it’s entirely justified here. Mixing and melding Happy Mondays/Black Grape Indie with Nile Roger’s Funky guitar style a’la 80’s Bowie, and hints and allegations of Talking Heads, The Byrds, and even The Rolling Stones to name but a few; the sound is unlike pretty much anything you’ve heard.

Frontman/creator Serge Gonnet is a multi-disciplinary artist with a take on music and art that lends itself to taking the sights and sounds around him and using disparate elements to form something both familiar and somehow charmingly oblique. This album certainly isn’t Metal, it’s hardly anything with a label or genre at all. Safest to file it under Alternative/Art Rock and let the listener decide for themselves.

"Takes a few listens in all fairness; but charming nonetheless"
70 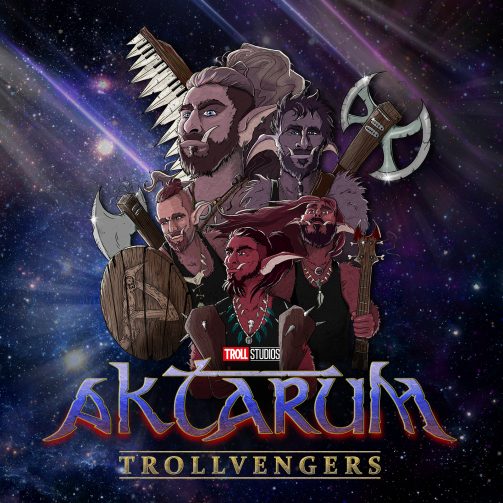