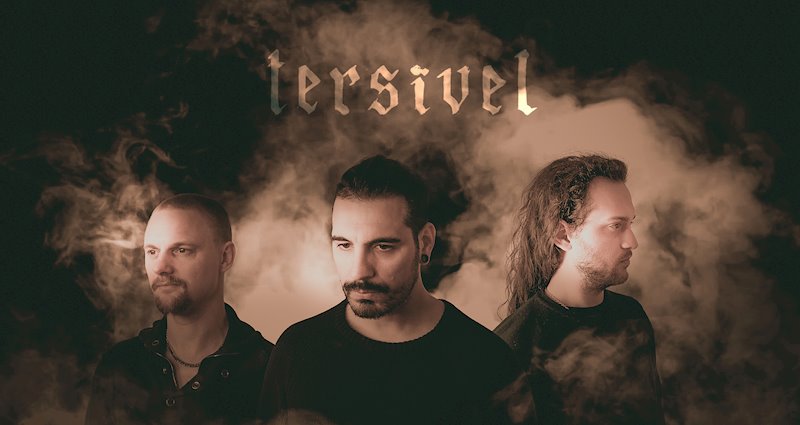 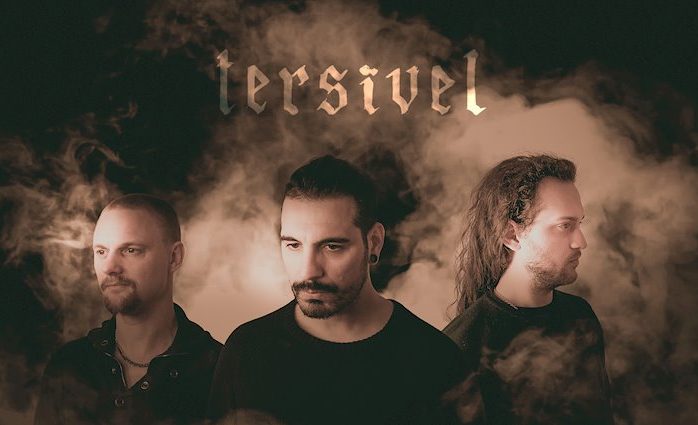 Metal Digest talks about things past and future with Tersivel

2022 will see the release of Tersivel’s latest album, “To the Orphic Void”; so far we have only heard the excellent “Weeping Iron Tears” as a teaser of what’s to come. We ask them about not only the new album but their thoughts on the creative process as musicians.

“To the Orphic Void” is an absolute beast of an album; are you looking forward to the reaction when it gets released?

Lian Gerbino: Hey guys, thank you so much! Yeah, we are excited to see how it’s gonna be received. Right now, with one single already out, the anticipation I was feeling, the anxiety, is starting to calm down a bit.
You know, whether you are conscious about it or not, to release a record, in other words, to share your art, is an act of vulnerability. It’s really hard to control that feeling of being exposed and somewhat defenseless to opinions that may hurt you emotionally. And also, it’s an act of vanity in some regards, because you are proud of what you did and wanna share it so badly. In the end (or in the beginning), what really matters is what the listener feels, and how she or he connects with the music. We are nothing but a bridge between the person and the music.

It’s been nearly five years since “Worship of the Gods”; was writing and recording the new album the same process for you all?

LG: Yeah, that’s right, five years… damn, time is cruel. Although, between WOTG and TTOV, we released two singles; “Satyrs Wine pt II” and “Embers Beneath The Spirit”. Those two songs helped us to define the transition between the albums. Especially the latter,  because our drummer Danny Ebenholtz was already in the band. For us, writing music is not an easy task. The process is usually intense and not without a degree of anguish and impotence. On top of that, my personal struggles, my own insecurities, and my sometimes anti-social attitudes create dips in the process. However, those times aren’t motionless. Usually, a strong concept arises from it, a theme or a clue of what’s coming. And once the muse calls, we follow.

Listening to “Weeping Iron Tears” there’s a darker and more powerful feel. Is this a conscious move towards making things heavier in the future?

LG: When you start to see things subjectively, in other words, when you stop seeing only the surface of things and begin to see their core as well, it’s usually not good news. Everything you care for is attached to a cruel clock and so we are. TTOV is darker simply because there’s no way for it not to be like that. So, to answer your question, it was more like an inevitable move.
Regarding the future, we think that there’s much room to explore where we are now. TTOV gave us so many threads to reel from, so I think it’s quite possible that we’ll keep digging deeper.

You have been described as one of the bands who defy being put into a genre, do you think there’s too much importance in labeling a band’s music?

LG: Labels are useful as long as they don’t become limitations. We (humans) need to put labels on things to be able to grasp them, and that’s fine. I wanna know what pill I’m taking without having to analyze its composition each time. Art-wise, or music-wise, I think there’s more benefit on labeling the piece instead of labeling the artist. It makes more sense to me. Ulver’s Bergtatt (1995) I’d say it’s a folk/black record while Ulver’s The Assassination of Julius  Caesar (2017) i’d say it’s an electronic/artpop record. You see where I’m going…

All your music has strong and thoughtful lyrics; which comes first, the words or the music?

LG: Well, it’s a bit tricky. First comes the concept. I need to know what’s the music is gonna be about before writing any lyrics. I need to know how it will feel, or how it’s supposed to feel. Which emotions will be attached to the music. Once I have an idea which I think is strong enough for a theme or for a concept, I share it with the band to see if they feel like exploring the same idea. If we all agree, we move on to explore the music. In this phase, sometimes lyrics appear along with the music, sometimes the music is finished first and I’ll continue working on the lyrics by myself.

One of the striking aspects of the sound of Tersivel is the seamless blend of guitar and keys, who gets to choose the tone, Lian or Franco; and does it cause fights?

LG: That’s cool to hear. We’ve worked a lot on that seamless kind of vibe. Franco Robert and I have been friends for almost 20 years now. During that time, I can’t think of even one time we ever had a fight or something of the sort. He has a warm and steady temper which contributes to a healthy environment for composition. But, that’s not the only reason. The key factor is that we both know that we are composing for Tersivel and not for our ego. So, when I have an idea about something and he (or the rest of the band for that matter) doesn’t see it the way I see it, the question will arise: “Is this good for Tersivel?”  Sometimes I can argue about an idea and find its strong points to prove it’s good for Tersivel. Other times, I found that the idea is only good for me and not for Tersivel. When that happens (and happens a lot!) we let it go and start over.

What advice would you give young musicians who can dream of large scale and highly complex songs about how to turn their dreams into a reality?

LG: I’m not in a position to give anyone advice but I can share what I think. Life seems to be absurd in many ways. Few things make sense. One of them is love. Love not only for the people you care for but for the things you like to do, could it be music, for instance. If you love music, then nature it, practice it, respect it and spend as much time as possible with it. But, and here’s the important thing about the things you love, do not expect it to solve any other problems you might have but spiritual ones.
As for dreams, I’m a bit pessimistic about those.

It’s our round at the (virtual) bar, what are you guys having?

…and what would you like putting on the jukebox?

LG: and with that wine, I’m having Ocean Beach by Red House Painters (1995)

It’s been an absolute pleasure; we hope we’ll see you round these parts soon 😊

James on behalf of Metal Digest

“To the Orphic Void” is set for release in February 2022 via Uprising! Records 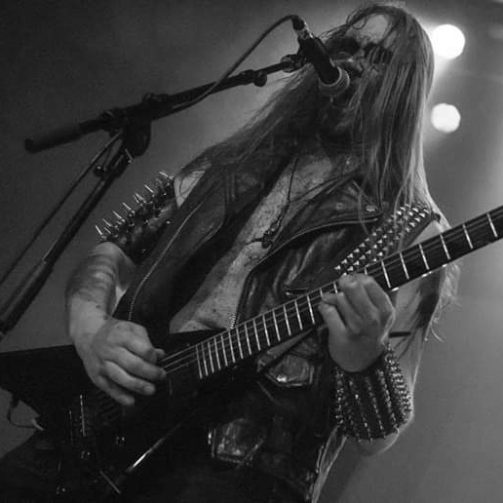