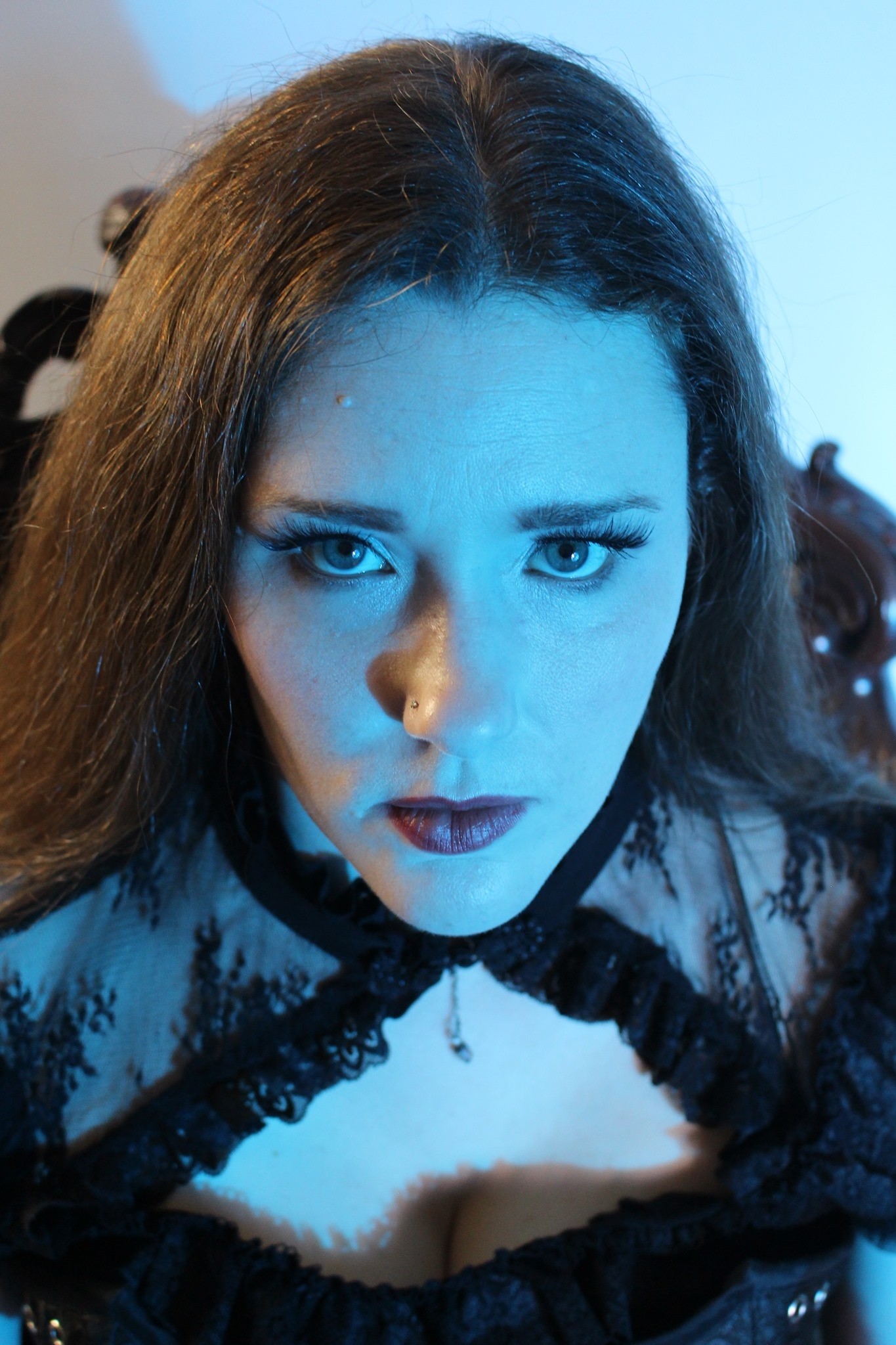 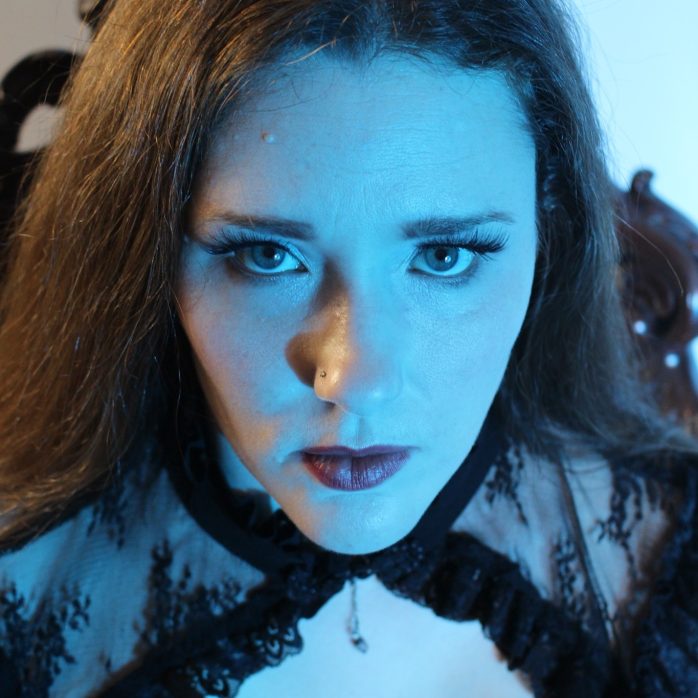 Dark and moody and delightfully avant-garde, Joan’s music has drawn comparisons to everything from Pink Martini to Kate Bush, with an ever-present Metal vibe. “Classically inspired music with an experimental, heavy edge,” her music has been described as “spooky beautiful” and without exaggeration, I can say delving into the world of Joan Avant has been an amazing journey. I truly did not want it to end. Unless, of course, that end means Joan answering a few of my questions…which is exactly what this is. Thank you, Joan, for spending a bit of your time with us.

Finally, someone who is only one time zone away!  (I am in Colorado.) Congratulations on ‘Dies Irae.’ I have enjoyed it and your previous album ‘Drown Ophelia’ immensely. Please tell everyone about the new album…oh, and by the way…how are you?

Yeah! I’m excited about the release of my second album “Dies Irae.”  It comes out officially on December 10th.  I’m a storyteller in my music, so I’ve got a lot of new stories to share.  They may be dark, moody, historical, or fantasy driven, they will reel you in with intrigue.

What feelings or visuals do you wish to invoke with your music?

A lot of what I do is anachronistic.  I tell a lot of Victorian or Belle Epoque stories often historically based (sometimes fantasy based).  This is done with a mixture of classical and hard rock, themes of the 19th Century turning into the 20th Century. Stories get told with the old (classical) and the new (rock and electronic instruments).  I wish to invoke a nostalgia for the past, yet never fully gloss coating it.  I’m particularly fascinated by turn of the century nightlife.  So I do try to invoke these kinds of images.  Most of my songs are pretty heavy with mood.  It may be melancholic or it may be contemplative.

The beginning of “Dies Irae” reminded me of Bach’s “Toccata and Fugue” Clearly, it does not continue along that path, but it encouraged me to listen to that and several other works. As you have more than a cursory understanding of Classical music, what classical composers have influenced you the most? For the complete novice, what song would you recommend as an introduction to Classical music?

For me “Dies Irae” is a nod to the “Dies Irae” in Mozart’s Requiem Mass.  I wanted to sort of make my own version.  It is in the same key as Mozart’s and as well as the Toccata and Fugue you mention  Other classical inspirations are the minimalists Philip Glass and Michael Nyman.  Others are Erik Satie, Bela Bartok, and of course Mozart.  I of course also like minor tonality and  sinister sounding organ music such as some of Bach’s organ compositions.  For someone maybe trying to get into listening to classical music, I would recommend Mozart’s Requiem Mass.  It’s not as long as an opera, but in my opinion, his best work.  Or better yet, watch the 1984 movie “Amadeus.”

What are the key differences between ‘Dies Irae’ and ‘Drown Ophelia?’

I would say that “Dies Irae” is darker, harder, and louder than “Drown Ophelia.”  While I still stand behind the work of my debut, I find that this second album realizes my style to a deeper level.  I think that fans of Drown Ophelia will be even bigger fans of Dies Irae.

When I wake up and we’re far away

When you took my forgiveness as weakness

You say you’re sorry, but you always take it back

I must be honest; these lyrics spoke to me on a personal level. The rest of the song isn’t exactly puppies and rainbows either. What is the inspiration for this song? And are you prepared for your listeners’ varied responses?

Ha ha! Not so much puppies and rainbows!  Well for me the song is about moving on from broken, toxic relationships.  It’s especially against people who use your kindness against you, and expect you to always keep coming back.  I’m totally cool about varied responses.  I in fact encourage it.  I like for the listener to make it their own… let their meaning be the reigning meaning.

What is the highest compliment you’ve received regarding your music?  And also, about yourself personally?

Well hmm… I’m not sure it was so much in words. But I did have a gentleman contact me that had a radio show.  He basically over a period of time played all of my debut album “Drown Ophelia,” on his show.  It is certainly flattering being put on a show with other established artists.  As for just me….hmmm.  On a number of occasions, people have thought I’m Simone Simon’s sister.  Not the case!  I wish!

What are your plans for promoting your work? More videos? A bit of touring? When should we put out the welcome mat for you?

I do have something I’m very excited about!  On December 5th, I’ll have a new music video coming out.  The song is “End of the Opera.”  It was a super fun shoot that had a really fun resulting video.  I’m not touring yet… but maybe someday.  But, yes, stay tuned for the next video and finally the official album release on December 10th!

When was the last time you were in Target? And how many items did you leave with that were not on your list?

Lol.  I usually go every couple of weeks.  It’s not so much the things that aren’t on my list that are questionable but the things that are.  Last time I did end up grabbing some things for the last said music video.  It included roses and champagne and boring water bottles.  You’ll just have to wait and see what that was all about 🙂

Thanks so much!  Thank ya’ll for taking the time to read this.  I know I ask a lot to ask you to check out my new album, but please do.  I’m guilty of getting into listening ruts where I don’t actively seek out new music.  It takes effort, I’m well aware of that.  But pop it on, it’ll take about 45 minutes.  I think you’ll enjoy it if you like hard edged music that doesn’t neatly fit into other categories. 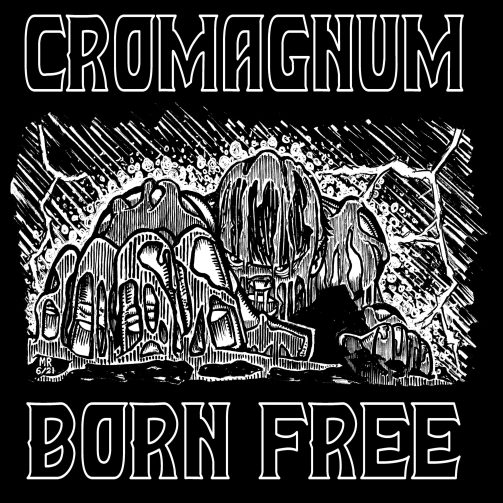