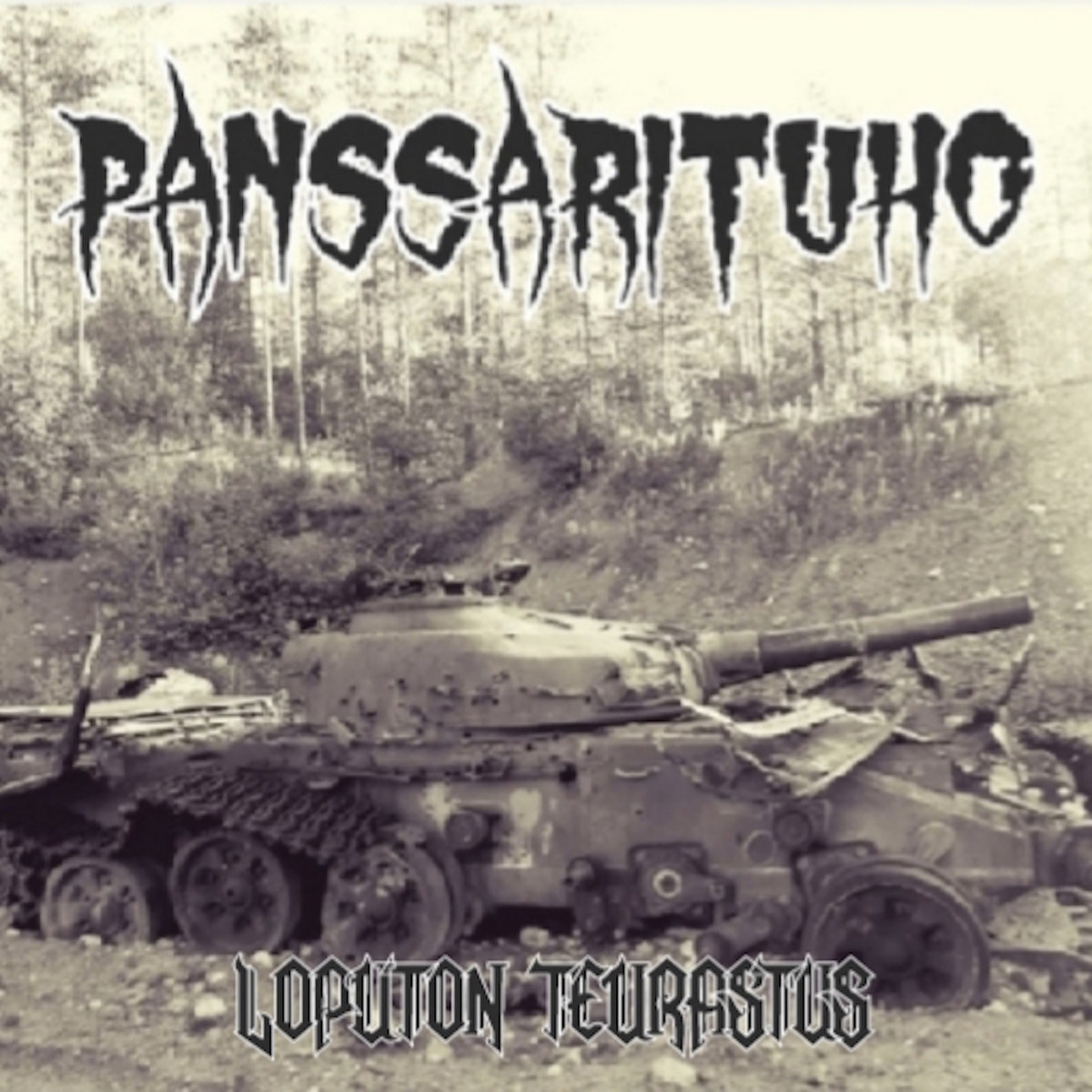 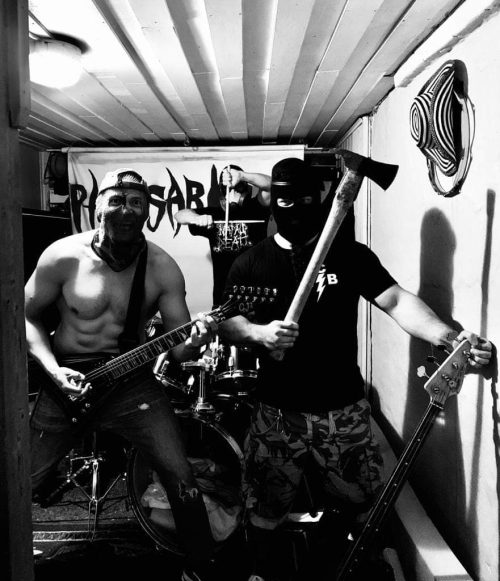 The genre of Death Metal can be anatomized into various factions, not meaning its loft tree whose branches form a canopy of genres, each one interlinking into another, what I am talking about is merely the spirit which resides within the music, or sometimes…the lack of a spirit, for someone can sculpt a splendid a creation etched in marble, where the lines exude a sheen of vanity, but look closely into the glass-like eyes, and you see that within this statue, there is no spirit, no emotion, just a hollow being, the same can be said for particular releases within this genre, for even a pristine production, that radiates the technical proficiency, a quality so clean can often abscond the very picture it tried to create.

This leads into today’s release, Panssarituho’s debut full-length, ‘Loputon Teurastus’, as it is an album that takes a step back with the production in order for the unbridled atmosphere to take forefront. What is meant by this is that the production emanated is not cloaked in your modern Death Metal aesthetic where its sound is immaculate nor does it harken back to that old school sound. Instead Panssarituho takes a rather creative approach to its mix, as the album itself feels withered, rotten in its aura, as though it has been unearthed from the soil and the stench of decay still clinging to its bones.

This may detract certain listeners from fully absorbing its contents…however, I ask…is it not the corpse whose body adorned with medals and riddled with bullets which tells a story? For if its redolence and rancor escaping from a blood stained mouth could chronicle the horrors of war, it would be ‘Loputon Teurastus’…and this brings me to the first merit upon this release, as yes, the production is quite incondite but it is in its crude manner where the dense atmosphere is forged, in other words, the mix accentuates the aura that permeates throughout the release rather than obscuring its essence.

If the production portrayed the battlefield where blood and sulphur is soaked into its soil, the instruments represent the actual chaos whose artillery and boots sink deep and trample this barren land and trenches, for it utilizes the harsh mix to accentuate its musical output. ‘Kadonnut’ and ‘Minä olen kuolema’ are songs which demonstrate the cohesion between the instrumental components fused with the mix which breathes the vehemence and turmoil that is spawned during war, this is due to the unification between the strings and percussions, churning out a myriad of frenzied patterns melded with both unfiltered aggression and groove, which at times gives the illusion of a symphony being orchestrated upon the enemy line where bodies are rendered lifeless with the torrential wave of bullets as it rips through flesh and bone.

For war to be waged, even though the ring of gunfire, and smell of acrid smoke bites the air it is the voice of death that surveys these fields, for every cry that is released from the lungs of the helpless, every skull that is bludgeoned, feeds the appetite of this entity. Where Panssarituho is concerned, it is the vocals contained in this release which summons forth this being. ‘Loputon teurastus’ is a song which showcases the vocal prowess, utilizing the death vocal register combined with the rhythmic tempo generated from the musical arrangement producing a bombarding effect that magnifies the cataclysm fostered on the release.

Now even though so far my words may seem to place ‘Loputon Teurastus’ upon a meritorious status, there are certain protrusions within this creation that prevent it from reaching its potential…and this has to do with the song arrangement, for yes, musically and vocally the album is superb when recognizing each individual variable, they also blend into each other quite well where the production acts as the sinew that binds these elements together. However, for an album that clocks around thirty (30) minutes, at times, the song structure may seem a tad bit repetitive and formulaic, what is meant by this is that after these highpoints have unfurled themselves, certain tracks seem to be retreading the same ground but masked in a different skin. As such, the album may have benefited with cutting out at least two songs to give ‘Loputon Teurastus’ a much leaner and robust appearance.

Overall, this is still a solid album, and for a debut, it manages to weave an unsettling environment for the musical structures to thrive and tell its own warbound tales, what is also admired is the minimalistic use of the production where its unpolished finish aids the music rather than concealing its true face. 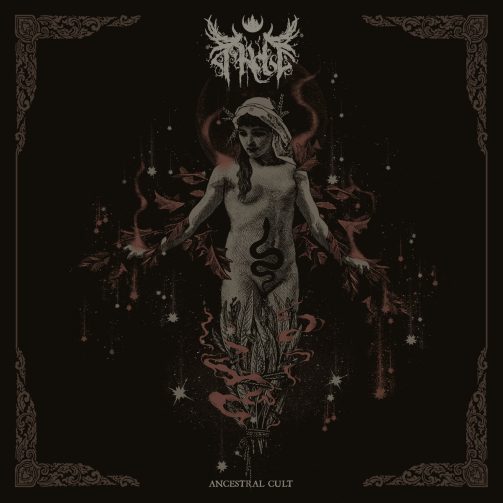