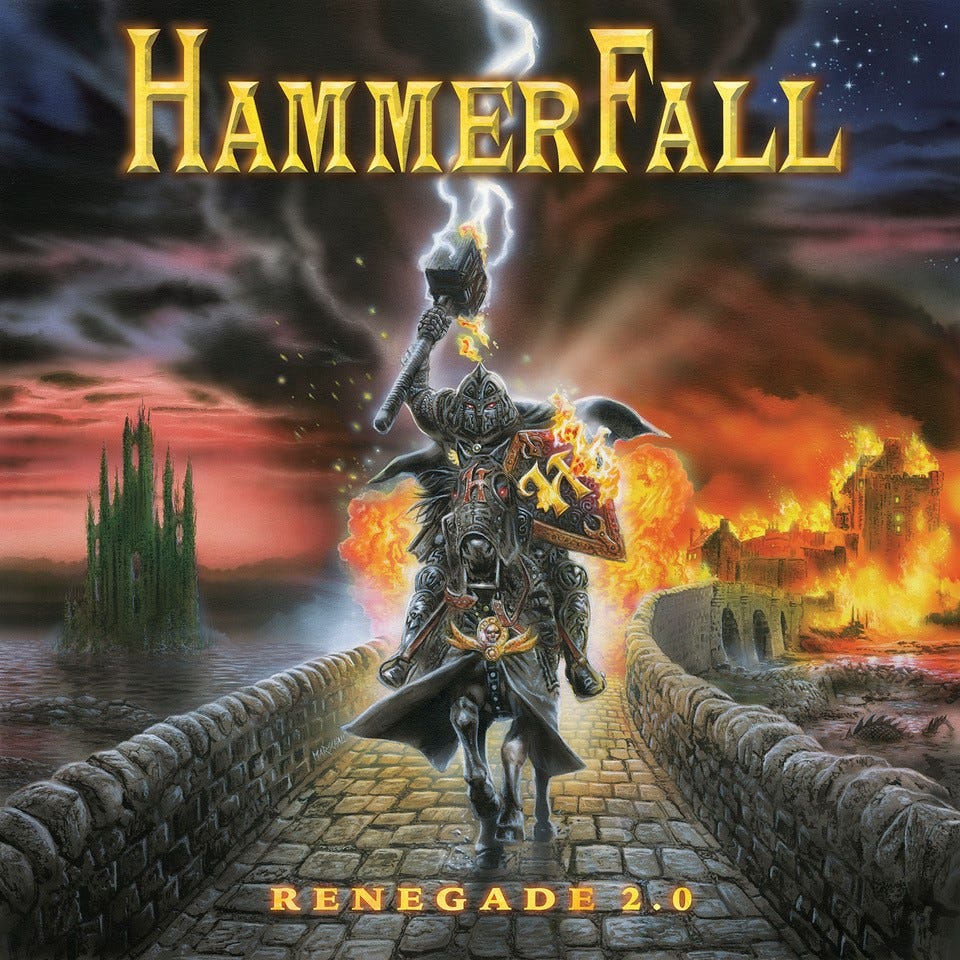 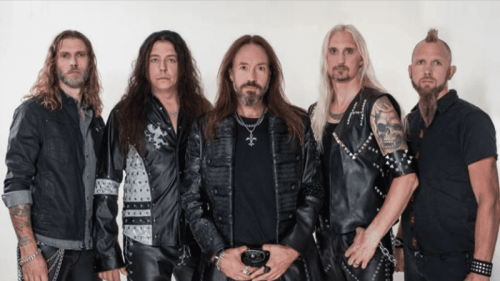 20 years ago? That was like 1975 wasn’t it? What do you mean it was 2020? Fuck off! Where has that time gone? One minute you’re sat having a drink in the pub and then the next, you’re older, fatter and balder and still drinking in the same pub. This year has HammerFall delivering ‘Renegade 2.0’, a 20th anniversary remix of their seminal 2000 album ‘Renegade’

This isn’t a review of ‘Renegade’, bloody hell, there are thousands of them online ranging from worshipping at the altar of the album and damned right too, to those which slate its very existence for what can only be assumed for not being Cannibal Corpse or, at the time, nu-metal; you know who you are, cough, cough, Kerrang!, cough cough. Regardless of this, it’s now all about ‘Renegade 2.0’, arrives with the original mix of ‘Renegade’, a full bells and whistles remix, a few covers that are done well as well as a DVD of HammerFall playing live. The remix of ‘Renegade’ is now more streamlined and sharper than the original mix, it is cleaner, much like 20 years of dust has been blown from a speaker and it plays like a dream. However, ‘Renegade’ doesn’t really need this, this is an album which was able to stand on its own two feet anyway and had a decent production already, however, it is nice to have ‘The Templar Renegade Crusades’ EP added bonus content. 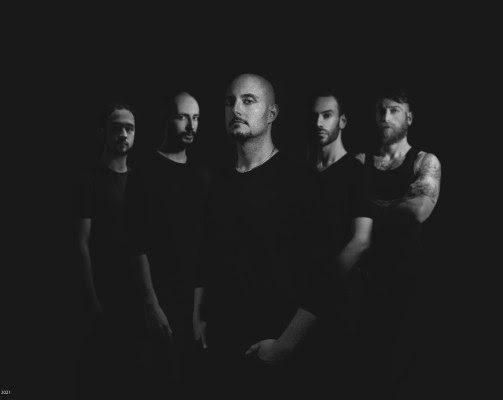 Aliens and tech-death with Hideous Divinity