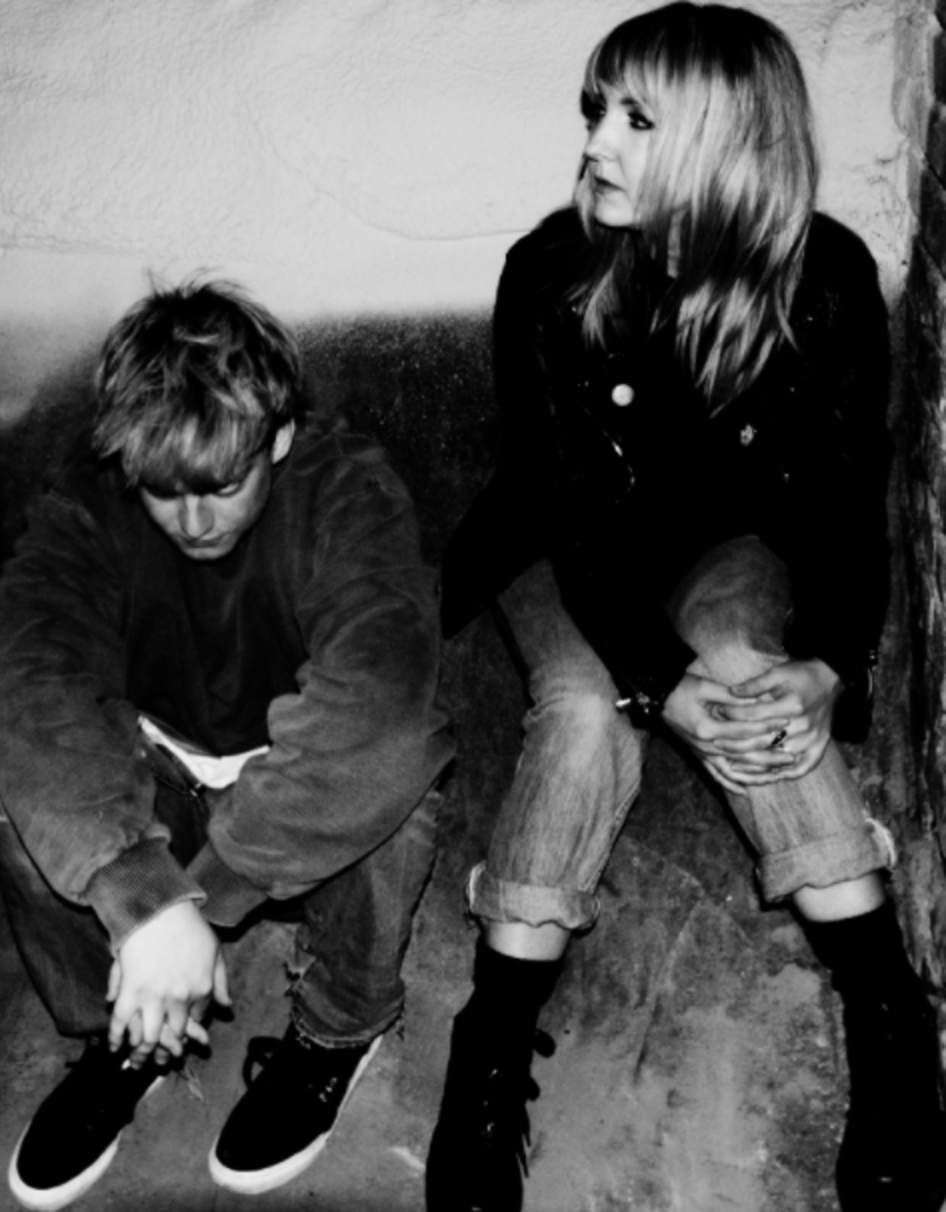 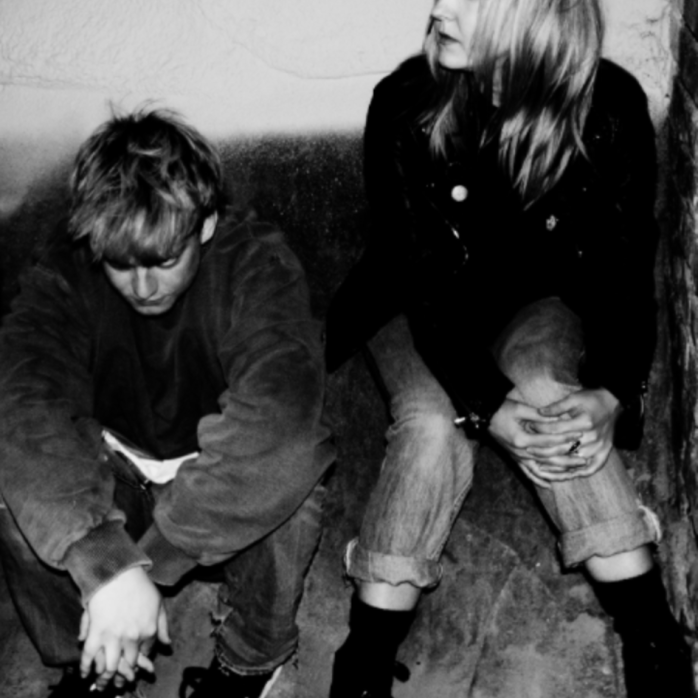 L00ping, London, Ontario’s noisegazer / industrial rock band is exploding onto the scene. Often an overlooked genre in Canada, the band’s quirky song arrangements are here to push boundaries and take the genre where it hasn’t been before. With so much potential, in the future, L00ping are going to be wowing audiences across the nation by breaking through the typical pigeon holds of the genre.

Metal Digest had a chat with the band.

Evan, how being a casual quantum mechanics influenced you as a musician?

I wouldn’t really say it’s influenced me as a musician but me as a person. It’s made me look at reality/ life in a fundamentally different way. The subject reminds me of that William Blake poem “To see a world in a grain of sand and heaven in a flower… etc”. Scaling down and realizing there is a galaxy of 100 trillion atoms in a single red blood cell. And then scaling up and looking at just the galaxy clouds of the milky way you yourself feel lesser than a quark. It’s fun to think that you are a universe of your own. Not just a universe that just so happens to be but a conscious one at that.

Science and art. Do you think that opposites attract?

They certainly can and for me personally it does. Science is the closest thing that let’s us all know what is real in reality although it’s subject to contingency it is still the best thing that we have to get a grasp on what this world is and how to go about it. Science you can technically say is itself an art because you’re creating your own answer to a problem that any other person observes, have their own interpretation on this new view of reality, and act/ be influenced on it. I never thought science and art were opposites but more a warm and cool feeling in terms of explaining specific topics.

“Zero-Point Energy” is the lowest possible energy that a quantum mechanical system can have. You translated this into a state of being. Looking at someone at their “lowest” and still seeing a spark that keeps going. We’d love to hear more about that, please. How did this beautiful analogy come to you?

Well, I first heard it on a podcast called “Stuff They Don’t Want You to Know” and it was about a theory on multi dimensions and from what I remember the whole conversation was a big “what if” about that but they sidetracked onto zero- point energy. They briefly talked about it but I dug deeper into it, and wrote it into my phones notes of things I find interesting. The analogy is sort of like Arthur Schopenhauer’s thoughts on “the will to live” and if he was alive today, he might just say something along the lines of zero-point energy could be proof that there is a “will” which, if you’re not familiar and to over simplify this core idea of his, is basically what he called the underlying energy to everything that is around us. People, according to Schopenhauer, were almost seen as automatons and all of our actions are bound to this innate unconscious drive in us called the “will” and in a sense you are bound by it because the “will” is always with you and in a lot of circumstances can trap you. He claimed that music and art were the only ways to add some colour to our lives and to briefly escape from the minds will until you inevitably succumb back into the wills habits of just being. Art and music are the escape of just being eating, shitting, fucking machines and I do identify with that to some extent although I’m no Schopenhauerian. But there just so happens there is this energy that defies all logical explanation of our understanding of natural energy that are, in my opinion, similar to his ideas. It’s almost like the universe has a factory setting to keep things humming along. I don’t want to assume anything about it though and get into the whole Quantum Woo aspect of this though. Let the scientists do their work and have them reach a solidified conclusion. I admit it is a fun thing to think about though.

Do you write better music when you are at your lowest?

I feel like I write better music when I’m not thinking. When I’m in the Flow State it all just seems to come naturally. And once I find the bone structure of the song I take a bit of a break from it. Then when I haven’t heard it in a while I’ll pull it up and I slap the guts and flesh to it.

We are indeed all broken. Sometimes it’s beautiful in a fragile way, and other times it’s just glamourized and turned into Instagramable content. Do you think that social media is strongly associated with the mental health of today’s society?

I’d say it’s a double-edged sword. Positive in the way that you can learn, connect, and be open as you’d like to others. But negative if you begin to compare, judge, and resent others differences. And that’s not me discussing politics which is a whole other bag of murder hornets. I personally don’t like social media because I’m a big-time introvert. I keep my head down and focus on what I think is important in my life. That being said, I’m by no means immune to the negativity that can arise within myself if I indulge on it long enough. Finding the Middle Way to social media is the key because it’s not going anywhere anytime soon.

Let’s talk about “Zero-Point Energy” EP, (to be released on November 19th). Does the whole album fit into a particular musical genre, or does it borrow from multiple forms?

Were you affected emotionally by the music while creating this album? Can you identify particular moments when this happened?

Well a particular moment was at the beginning of writing these songs. I wanted to give our sound of noisy punk with a bit of shoegaze thrown in there to sounding a little more industrial. I started making these drum parts on a cheap alesis drum pad I had sampled on my DAW and just put a ton of distortion on them when making these rhythmns and even more distortion when we were in the studio with Ian Gomes at Union Sound. But I was thinking of ways to expand the sound and when I thought of experimenting with those booming industrial sounds you hear on the album I was like yes, this is it. This is the next spurt of growth. Fuck ya. But there is subject matter that is in there that I’d rather leave to interpretation. I have a feeling they’ll understand the meaning once they hear what I’m saying in these songs.

Ideally, how would you like the world to respond to this album?

Pretty simple for me, for people to listen and to enjoy listening. If I can connect even deeper to a listener at all beyond that with the content given to these songs then that would be above and beyond for me. 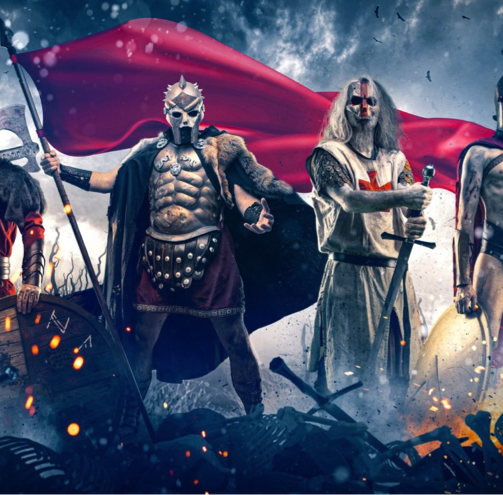