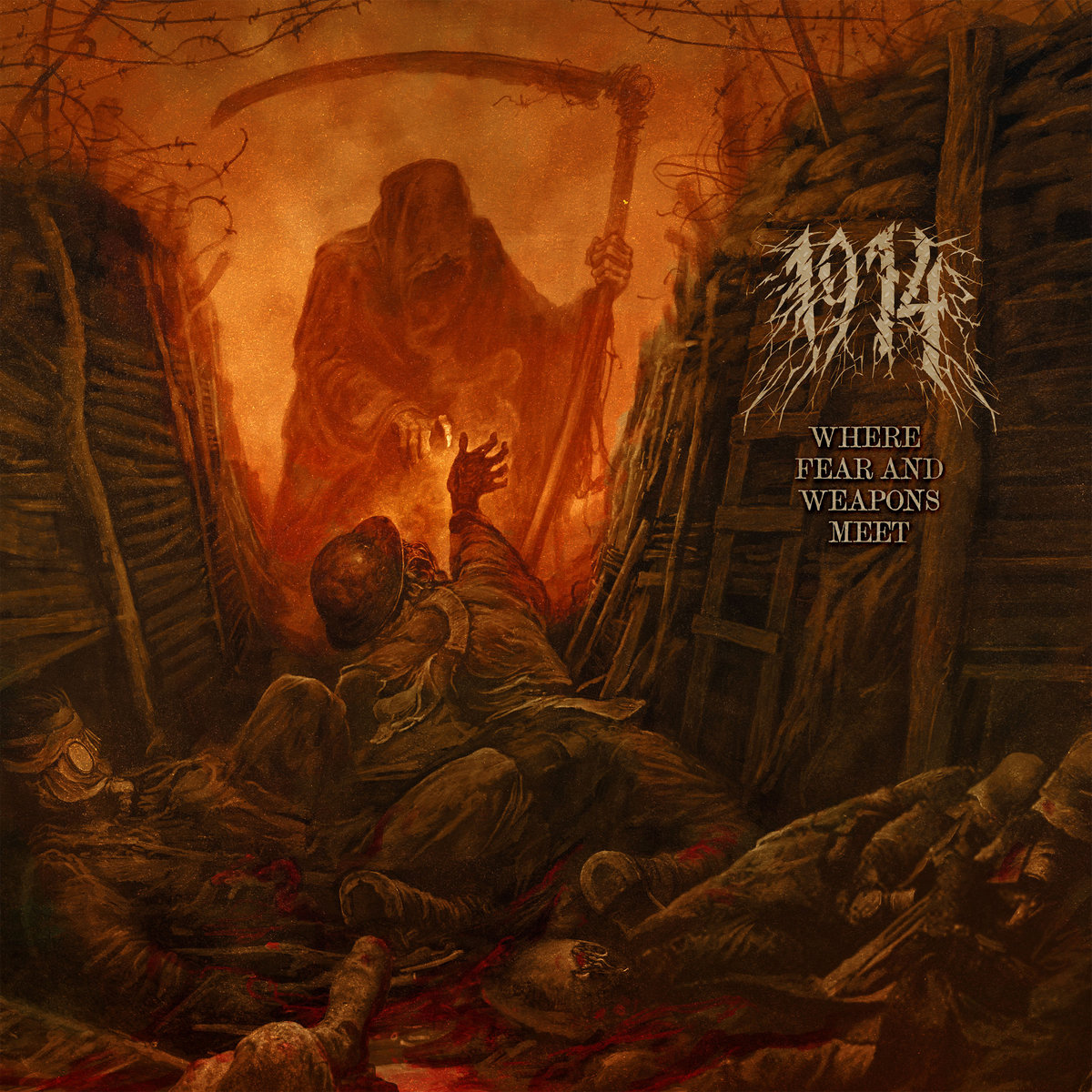 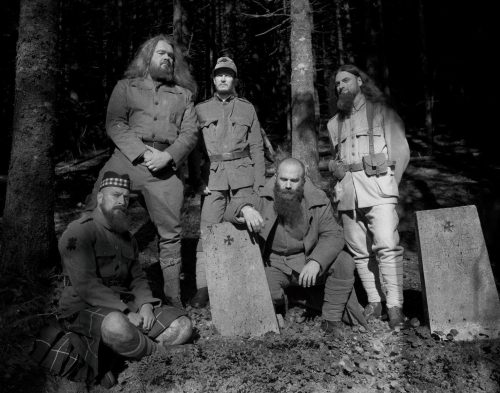 It is quite currently en vogue to create a band which have a theme; dragons, war, pirates, anime etc. you name it, there’s probably a band based around it. In 2015, Ukraine’s 1914 thundered onto the scene by thematically playing songs based around World War I and this year has the band returning with their third studio album ‘Where Fear and Weapons Meet’.

Anyone who knows 1914 will know that the band have already delivered two phenomenal albums of blackened death metal with large swathes of doom thrown in for good measure. Fans of 1914 will be pleased to know that this continues with ‘Where Fear…’; in fact, 1914 once again hit the nail on the head with this album, this is another superb album songs revolving around the First World War with tracks such as ‘Vimy Ridge (In Memory of Filip Konowal)’, ‘Pillars of Fire (The Battle of Messines)’ and ‘Corps d’autos-canons-mitrailleuses (A.C.M.)’ provide examinations of the Great War at their most intimate with none more so than ‘Coward’, a powerful track delivered through the guise of an Irish folk ballad.

Clocking in at over an hour, ‘Where Fear…’ can be a meaty offering, but it is worth every bite, it is a powerful blend of blackened death and doom metal that demonstrates the futility and madness of the First World War. ‘Where Fear…’ is the stories of the Great War from the infantry, the grunts and the forgotten names; Sabaton may be the Chief of Staffs and Field Marshalls far away from the front in their gilded HQ’s, but ‘Where Fear…’ is out in the front lines with one of the best albums of the year. 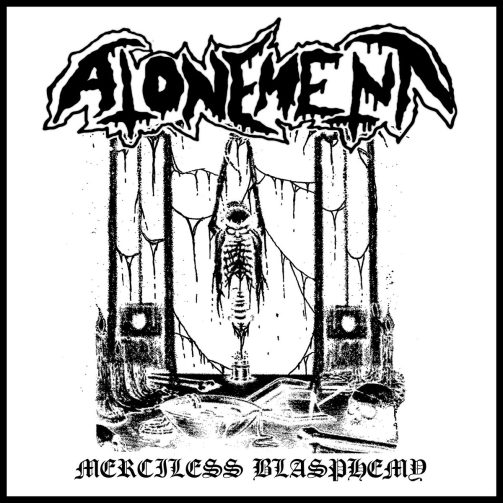