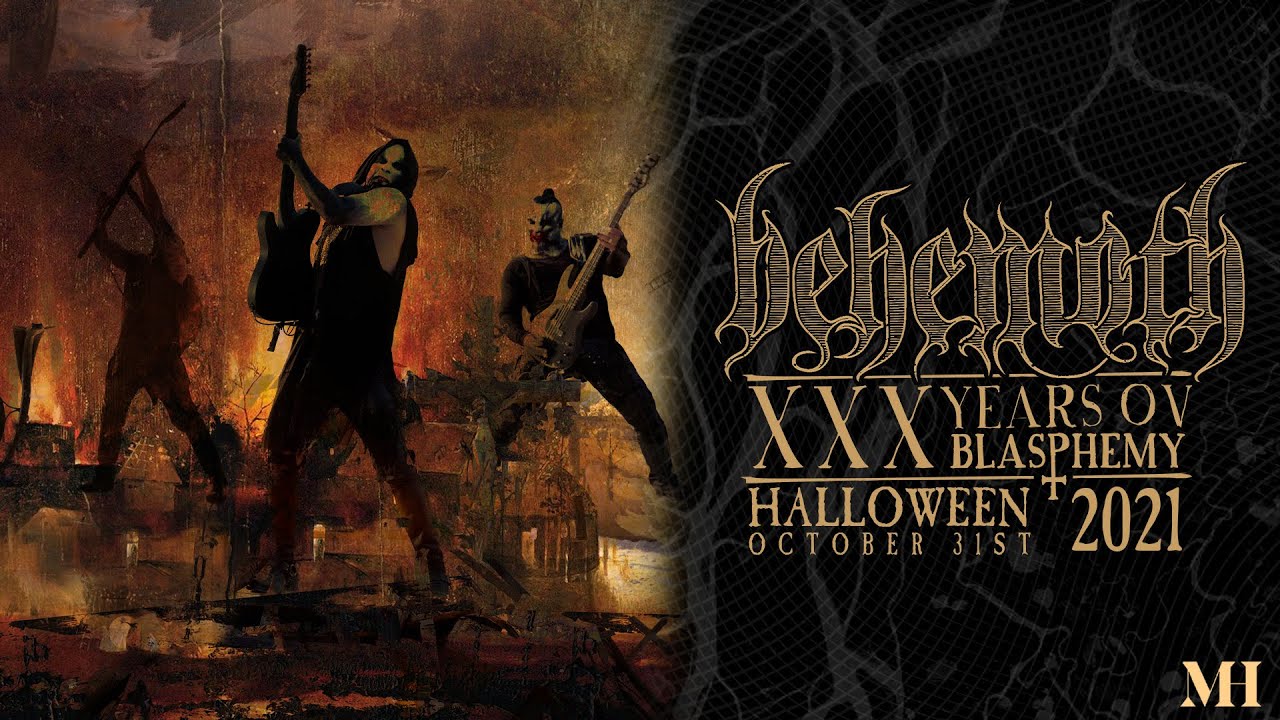 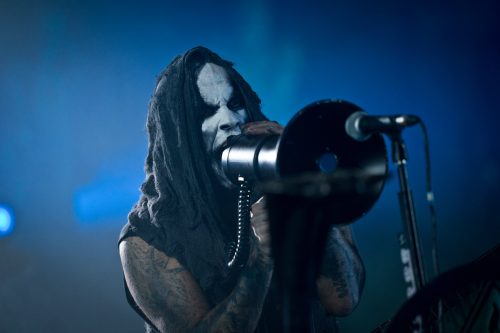 “Even if we are dead one day, the memory of us will stay immortal, as our music surely is…” Nergal (1997)

To forge an everlasting memory, to bottle the essence that represents the transfiguration from hunger to victory is one that can be lost in translation, for he who conquers a kingdom can bring back the soil from the lands as evidence to his claim, but all he holds is that of dirt…for mere dirt cannot speak such hymns of triumph and a tongue can only paint such lines of a picture that entices the mind. Behemoth manages to do the impossible and erects a shrine for all to revere in its splendid glory, a monument that echoes the praises of the band’s thirty years of existence upon these planes. For the very soil on which their fortress is built was once the lands where wolves roamed with hunger clinging to their bellies, the beasts which licked their wounds and honed their craft, devouring, pillaging and eventually reigning supreme, the result? ‘XXX Years Ov Blasphemy’ a grimoire which attests to the chapters of heretical domination.

In my opinion, if the architect creates an effigy that berates morality and normality, one whose flames scorches the very heavens it resents, then let it be from a mind of discontent and vehemence, rather than lighting a bon fire to illuminate vanity in the most feeble sense. In other words, the spirit that lingers within Behemoth never feels like a hollow façade nor contrived, for the message that spews forth from this beast flows organically like the blood that pulsates from wounds of the flesh. This is evident in both the portrayal and sonic delivery in which ‘XXX Years Ov Blasphemy’ brings forth, as it is truly a work of art that fuses the sounds and images that inks the pages of Behemoth’s chronicles.

Split into three sceneries, ‘The Scorched Forest’, ‘The Path of Via Dolorosa’ and ‘The Desecrated Temple’, each location representing a different decade of the band, each location draped in its own distinct atmosphere that presents a potent aura that amplifies the music, for the location ceases not to be just a tool, the way the band utilizes it, it feels alive, worn in, like the very battlefield which sands has drunk the blood and tasted broken steel and flesh.

The first decade, ‘The Scorched Forest’ sees the band perform such classics as ‘Chant of The Eastern Lands’ ( my all-time favorite Behemoth track), ‘Lasy Pomorza’ and ‘Pure Evil and Hate’, just to name a few, tracks that encompass the period of ‘…The Pagan Vastlands’ to  ‘Grom’. This was the decade I have always been interested in and I was most curious to observe how the current Behemoth will translate these older works into the style which they have adapted today, the result? Behemoth tries not to recreate a fire that was once lit, but instead they pay a worthy tribute to its flames, cloaked in a black and white aesthetic where the band performs in a barren wasteland that seems to have been consumed by fires as the air is polluted by ash. Even though Nergal does not use the same register akin to his youthful days, it is the synergy of the band that breathes new life into this ancient body, reinvigorating it with renewed energy. The synergy amongst Nergal and Seth is a testament where miniscule nuances are added to these songs that show them in a new light, one which is most appreciated.

The second decade, ‘The Path of Via Dolorosa’ which setting feels reminiscent of the hill of Golgotha with its number of disfigured crucifixes adorning the land, all standing slump and in disarray as it contrasts against a reddened sky, what is appreciated here is that that the time of day seems to be approaching dusk, where the skies intertwine with the blood red sand coalescing into a lake of transparent crimson that engulfs the atmosphere. Songs such as ‘Decade of Therion’, ‘Christians to the Lions’ culminating in a ceremonial performance of ‘Chant for Ezkaton’ which is enough to baptize anyone within the lake of sulphur and renew life to a crippled spirit.

The final and third decade, ‘The Desecrated Temple’, its ritualistic precession taking place in the abandoned ruins of what seems like derelict monastery where the light has been denounced. Songs stemming from the album ‘Demigod’ to the most recent, ‘I Loved You at Your Darkest’ such as ‘Ora Pro Nobis Lucifer’, ‘At The Left Hand ov God’, and ending the auspicious event with ‘ O Father O Satan O Sun’, a song that exuded the very life essence of Behemoth, enough to anoint the audience with ashes and fire.

Putting aside the aesthetics of the event, this may seem unusual for what I am about to say but one of the elements which resonated with me was the cohesion woven by the four band mates where they move in and out adapting to each other’s rhythm, syphoning the energy from the atmosphere and in tangent exuding their own frequency that entangles into one surging flow. This is showcased with the duality and dexterity exhibited by Nergal and Seth especially in the moments during certain musical transitions which requires their expertise, like the twin headed beast of a chimera each head slithering in a different rhythm yet both appendages serving a central mind.

Another highlight arrived in the vocals bellowed forth by the titan Orion, if Nergal represented the deity who speaks in many tongues, whose very words can conjure a roaring ocean, Orion would be that entity whose voice can lay waste to a temple, the sheer pandemonium contained within every delivery feels as though it arrives from the belly of contemptuous hate. On the performance of ‘ Oro Pro Nobis Lucifer’, to me personally his vox magnifies an already gleaming structure, but this rendition is one of the instances where his virtuosity is radiated tremendously.

For those fans who consume the flesh of this band, you may notice the ‘Easter eggs’ scattered throughout, such as the totem-like figure from the album cover of ‘Sventevith’ (1995) during the first era set as well as the panning out of the camera to reveal the corpse paint faced-figure that emblemized the EP of ‘From The Pagan Vastlands’, even the serpentine gorgon-like creature that graces ‘Pandemonic Incantations’. This was not needed but indeed it was a visual treat that satisfied the delectations of those who relish the artistic side of the band.

Over time…the flesh will wither, the bones will contort and the voice that pierced the heavens will no longer attain such flight, there’s only so much this mortal shell can do before it is returned to the soil, for every battle that wages will eventually lead to a warrior’s end…but to leave a legacy behind, where your seed will forever be implanted in the minds who heed such words…Forever spreading, forever growing…Where your art never decays and your spirit never fades. So…maybe immortality is attainable and Behemoth has proven that this four headed beast will reign forevermore…For where there is Behemoth, the spirit of rebellion will exist…and where there is rebellion, Blasphemy shall always live. 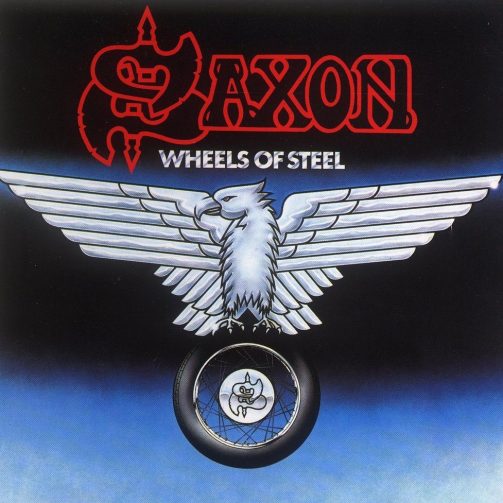