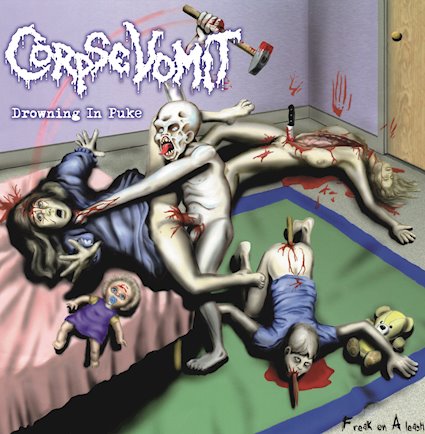 For fans of Autopsy & Corpse Vomit.

Out today on EMZ Productions

One of the most hated, loved and extreme releases in death metal history, with enough gore to put Cannibal Corpse to shame, is back with a collectors-friendly reissue. As well as Molesting Mike, just released out of jail and ready to do some damage again.

In 1999 the world was a whole different place from what it is today. Amidst kids robbing each others’ Pokemon cards and Harry Potter popularity explosion, there was a whole dark cloud gathering (just think George W. Bush announced his presidential run on that year), which made people have a total over the Y2K bug and the predictions of the world ending in 2000. The world was also changing, as we were shifting from VHS tapes to DVD format and downloading songs on Napster without understanding the ramifications. In a nutshell, it was the right timing for an album like Corpse Vomit’s “Drowning In Puke”.

In that same year, a group of Danish underground musicians got together to record one of the most outrageous and shocking death metal records ever produced. With song titles such as “Reeking Cunt” or “Rotten Fetus” and a cover artwork that simply wouldn’t survive today’s political correctness of social media, “Drowning In Puke” was a fat death metal album, with just the right balance of fast parts, morbid slow parts and growling vokills. In a time when everyone was amazed just how Cannibal Corpse was shocking the censors in Germany, Corpse Vomit did, in their only album, what is probably the most radical and extreme musical/artwork/lyrics package in death metal history.

After being originally released in CD and later reissued in cassette, “Drowning In Puke” now arrives to the ultimate collectors’ formats: vinyl and CD. A re-release, with sound remastered in Angioni Studios, in three different, very limited, LP format runs (100 copies of each), as well as digipack CD (the previous version was on jewelcase), for all the death metal maniacs, metal collectors or simply enthusiasts of extreme music history.

“Drowning In Puke” is out today in LP (3 colours available, each limited to 100 copies), and digipack CD formats via Emanzipation Productions. 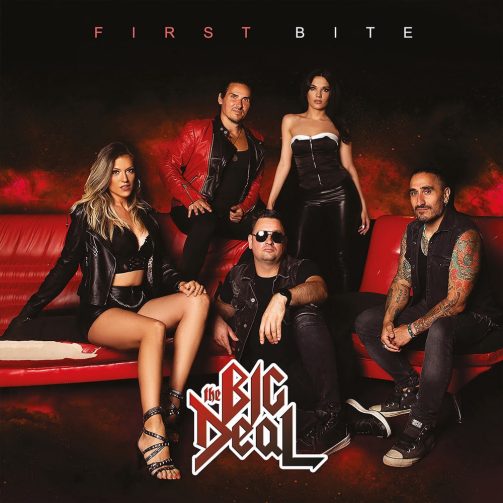