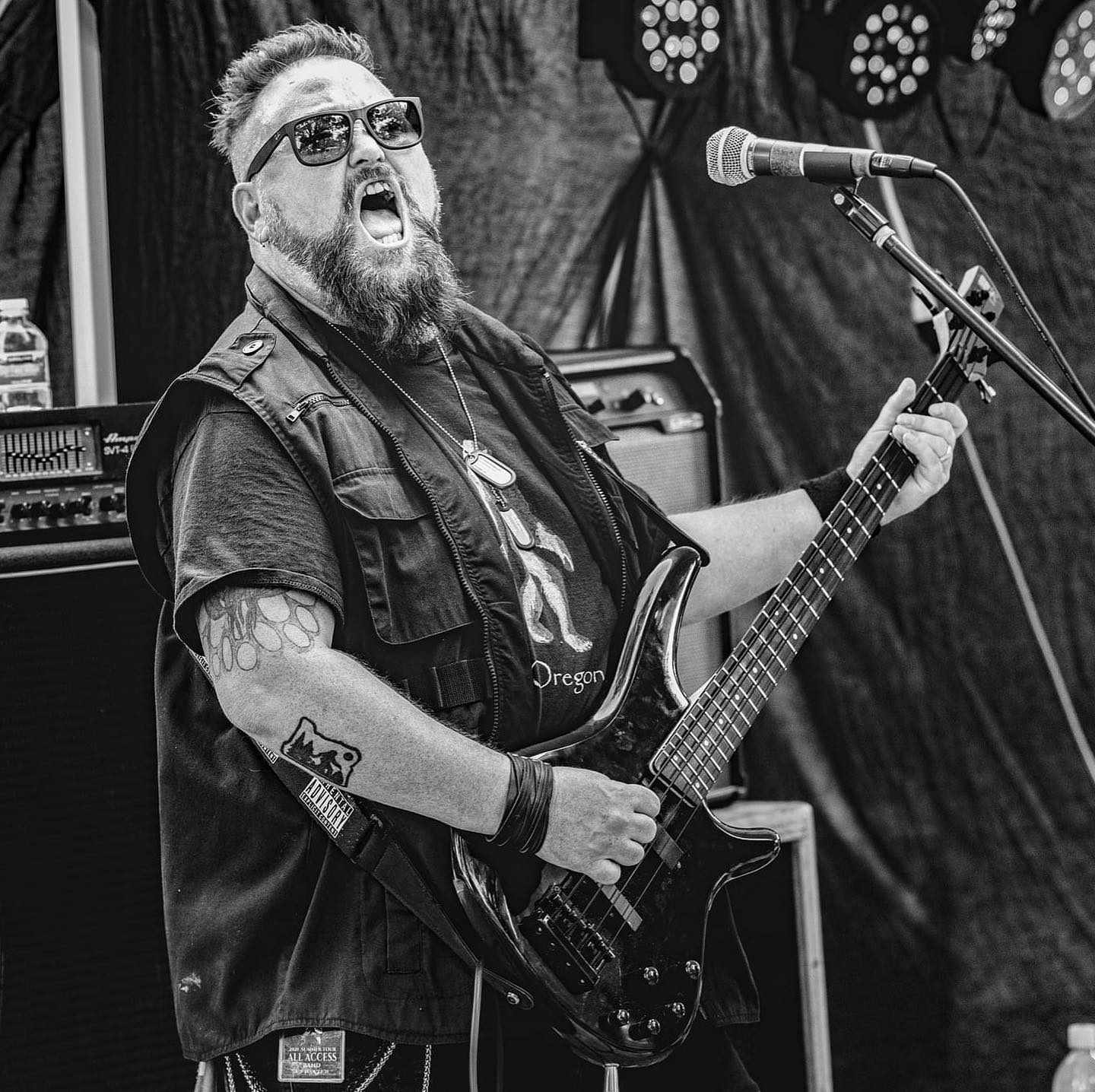 On Thursday August 5th, the West Coast Metal outfit known as EMISSARY returned to the stage in Oregon after a quarter century of silence and received what they called an overwhelming response when performing as direct support for the first night of Hard Rock veterans TESLA ‘s 2021 tour (prior to the pandemic halting future tour plans.) From the classic lineup, EMISSARY features frontman Jym Harris, drummer Eric Hoover, guitarist Tim Dahlen and bassist Peter Shawn Kinney. New guitarist Charlie Francipane ( TRICK, SURRENDER TO EDEN ) was recruited when Jon Holden parted ways with the band to focus on his main project, AMERIKAN FREAKSHOW earlier this year.

Harris, Dahlen and Kinney then attended the RUSTED METAL book signing in Portland, Oregon alongside members of HEIR APPARENT, GLACIER, Q5, NIGHTSHADE, LIPSTICK and others two days after their debut reunion show. EMISSARY can be found on page 122 of the Pacific Northwest’s historical guide to Hard Rock & Heavy Metal music. Less than two weeks later, EMISSARY played an evening slot at California’s REDWOOD METALFEST on August 21st, alongside dozens of other acts such as LICH KING, BLIND ILLUSION, SKITZO and MORDRED . The final show on the summer tour was in Oregon, headlining S2S SUMMERFEST in Central Point the next day.

EMISSARY’s new studio debut titled ” THE WRETCHED MASQUERADE ” is planned for a late 2021 release via UNDERGROUND POWER RECORDS . The band says a deluxe 2 disc version of the album has been discussed, and a vinyl edition should drop sometime next year. The upcoming release features cover art by Donald Yatomi, known for his work with MEGADETH and TOURNEQUET among others. The band hopes to finish recording before sharing the stage with UK Heavy Metal Legends RAVEN in Portland, Oregon on November 9th, 2021.

JYM HARRIS: Emissary is what happens when you smash classic US Power Metal together with melodic Bay Area Thrash!

JYM HARRIS: Currently recording our full length album “The Wretched Masquerade” for Underground Power Records In Germany, due out late 2021. It’s produced by Doug Hill (whose name is synonymous with bands like Helmet, Neurosis and Mastodon) with fantastic artwork by Don Yatomi who has worked with heavy hitters like Megadeth and Tourniquet. He really got our vision right. Super excited to get this finished!  From the classic lineup, the album features me on lead vocals, Tim Dahlen on lead guitar/vocals, Peter Shawn Kinney on bass/ vocals, and drummer Eric “Ricky” Hoover. We recently got Charlie Francipane on guitar as well!

JYM HARRIS: Satisfied. Maybe they will say “this is what I’ve been looking for” after hearing us. That would be incredible!

JYM HARRIS: This is always tough. So many… We could go down the rabbit hole and name every band we loved growing up! Emissary is mostly an American sounding band so I’d say bigger acts like Metallica and Anthrax (but they weren’t so big when we first heard them!) to slightly lesser known stuff like Metal Church and Death Angel.

JYM HARRIS: We do have a few friends in Canada! There are tons of great Canadian Rock & Metal bands and lots of folks speak English up there too, eh?

TIM DAHLEN: The Jymissary/Timissary factor. When we both get that feeling putting his lyrics and vocals over my riffs. When they work we just know!!! Honestly, most are keepers. We don’t waste much time on songs that aren’t special.

TIM DAHLEN: Can’t think of funniest thing to happen to us. We were too f’d up and out of it back then, haha. Jymbo, you got anything?

JYM HARRIS: Nah. Not sure we could tell any story without something being flagged as inappropriate, right? Haha!

As we started out power metal and are rolling again after almost 30 years.

JYM HARRIS: We were calling it “Power Metal” long before most bands ever heard the term outside of a Metallica business card and one of Pantera’s best records.

TIM DAHLEN: Milestone.. finally FINISH the album we set out to record when we started the band in 1993…

JYM HARRIS: For sure!! Hey, also… thank you so much for the interview… we are honored!  Please find us at www.theoriginalemissary.bandcamp.com for more info!!  Hope to see all your beautiful faces in 2022, headbangers!! 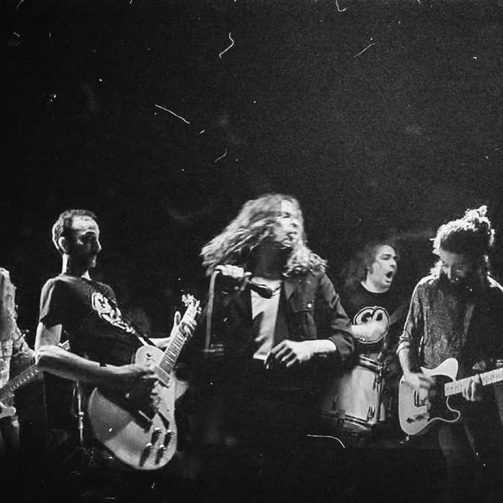