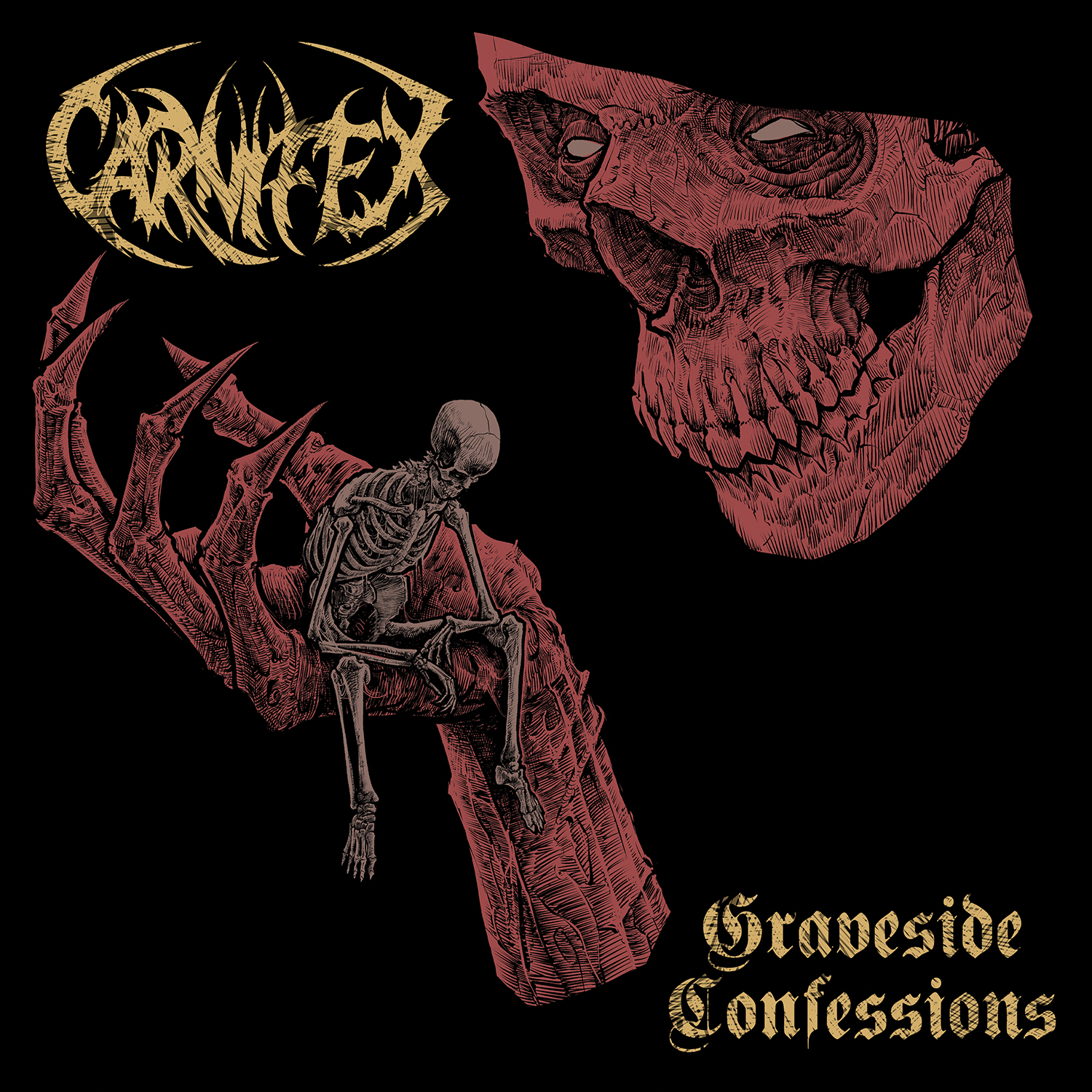 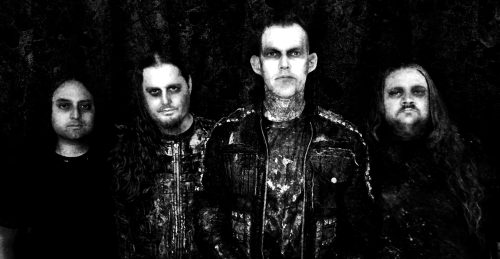 Carnifex has always been a band that I have huge immense respect for, being one of the forefathers of Deathcore as well as belonging to the early pioneers who really put the genre out there with the likes of Suicide Silence, Whitechapel and Chelsea Grin ( Yes, I know there is Job For a Cowboy, Despised Icon and countless others). They were also one of the few Deathcore acts whose veins flowed with the essence of Black Metal, even their first album, ‘Dead in My Arms’(2007) while the structural integrity of its musical composition was that of Deathcore, there still exist some traces, even if its fragments that were scattered throughout the album.

Besides the ability to pen rather macabre songs inked from the wells of negativity and despair, herald by the discordant noises expelled from the musical constructs, what I admire is the honesty towards their craft, meaning throughout the years they have never deviated from their from their origins, while the other big names took rather bold (yet commendable steps), Suicide Silence flirted with the Nu Metal genre incorporating certain elements into their sound, Whitechapel branched off into the progressive-groove laden areas, even introducing clean vocals into their arsenal (‘The Valley’) and Chelsea Grin experienced a number of strategic shifts such as going along the Metalcore and Djent routes and by no means this is me highlighting these artistic decisions as negatives, for I commend these bands (as well as others) for exploring the depths of their creativity, going against the norm and expressing their ideas, even though it may alienate a certain sect of the fan base.

But what about Carnifex? Well, they did not ascend the tree nor did they follow its meandering branches to consume the apple, instead they descended into its roots, digging deeper and expanding. As Lucifer once said in John Milton’s epic poem, ‘Paradise Lost’, “Here we may reign secure, and in my choice to reign is worth ambition though in Hell: Better to reign in Hell than serve in Heaven”. So they rightfully did, drinking from the lifeblood that runs deep beneath the roots, assimilating both bodies of Deathcore and Black Metal into their own vessel, thus spawning the releases especially from ‘Die without Hope’ (2014) onwards, culminating with their most recent offering, ‘Graveyard Confessions’.

While the album prior (‘World War X’), even though there existed moments to be relished and enjoyed, the approach felt a tad bit formulaic, especially coming off from the mighty waves of ‘Slow Death’(2016), which in my opinion represented a pinnacle in the band’s career exuding a moribund air to its release. However, ‘World War X’, again, while a solid effort, it felt like the remnants of ‘Slow Death’, the flesh that was severed to make the creature lean and robust. Two years later after the tides have receded for ‘World War X’, does ‘Gravside Confessions follow the same path?

Yes…but no, the album is very much a Carnifex record, meaning, the marrow that resides within its skeletal framework is very much the same ichor that flows within their music, the difference, is the flesh that masks this cradle of bones. To reiterate where ‘World War X’ felt like the remnants of a past album, reforged and repurposed, here, ‘Graveside Confessions’ comes off as the offspring from the blasphemous fornication between ‘Until I Feel Nothing’(2011) and ‘Slow Death’. What is meant here is that it feels like a natural evolution but at the same time incorporating the known Black Metal elements especially with the synth/symphonic arrangements (reminiscent of Emperor) fused with the heritage of their early Deathcore sound.

The title track, ‘Graveside Confessions’ and ‘Seven Souls’ attest to the description as the riffs feel multitarian in flavor, constructing a bellicostic atmosphere with the thick sounding grooves and intricacies in the picking, churning out a slew of malefic melodies. Now you may notice that that I said that a segment of the album feels as though elements were gleaned from ‘Until I Feel Nothing’ and what I am referring to is primarily the breakdowns…let me elaborate, Carnifex in my opinion always had a minimalistic approach to crafting these pulverizing breakdowns, where it feels like an assembly of the most simplistic chords and grooves, but it is the journey to that destination, that makes the climax monumental and to be savored.

Tracks such as ‘Cursed’ and ‘Countess of Perpetual Torment’ demonstrates this with the architecture relying on a plethora of groove-laden patterns that feels like the breath of the old era of Deathcore has integrated itself into this being. It doesn’t mean that Carnifex relies on nostalgia to garner merits upon ‘Graveside Confessions’, quite the contrary, I believe to view it from a perspective that they are utilizing variables from the past that WORK, but instead of rehashing the same ideologies they infuse it with the current repertoire that they have established and evolved throughout the years. Another positive towards the album is the symphonic elements, while not over-bearing, they are used within crucial parts of certain tracks in order to accentuate the overall mood, draping the songs in a goetic aura but not so much as to suffocate and drown its core.

The hymns that resonate within these chambers bring with it a tenebrous emotion, as it evokes the illusion of a lucifugous being cornered by soft walls with hands restrained as the ephialtes defiles a fractured mind. In other words, the vocals that are bellowed are expelled from a tongue of self-loathe as the register used by Scott Ian Lewis discharges a visceral yet cimmerian tone as the delivery contorts to different forms, coiling around the conjured atmosphere. ‘Cemetery Wander’ and ‘Pray for Peace’ showcases the prowess of the vocals especially concerning the depths in which the grooves take, the vocals trace these contours and mimics the same rhythm, and that’s always a positive Scott brought to Carnifex the synergetic elements of infusing his vox to the rhythmic structures of the music.

In case you didn’t know, it’s been approximately fourteen (14) years since Carnifex’s first debut album, ‘Dead In My Arms’ and what better way to honor the past by re-recording three well known tracks (‘Collaborating like Killers’, ‘My Heart in Atrophy’ and ‘Slit Wrist Savior’), it works as a neat bonus to the album while paying homage to humble beginnings. In summary, those songs were great then, and they have not shown any signs of decay since, but the new perspective in terms of quality of the mix sheds new light to these songs which is still a positive. In my opinion, those songs did not require being re-recorded as the production on the older album, while crude, it amplified the grit , that being said, it’s a rather nice morsel for die-hard fans as well as a sneak peek for newcomers who are interested in revisiting those albums.

The only negative I can see that would disguise itself as a minor issue is the run time, reaching that one (1) hour mark, with fifteen tracks (15), three (3) being re-recorded songs and one (1) cover (‘Dead Bodies Everywhere’ by Korn), leaving eleven (11) tracks of new material, listeners may remark that all the content packaged as one may become tedious to digest. While not an issue on my end, I chose to view it as an album laden with an abundance of quality content, sure, the track listing may be allot, but you can alter your listening experience to suit.

After close to sixteen (16) years of existence and eight albums, Carnifex shows no signs of withering nor compromising their signature sound, and what I shall always admire about the band is the undertaking of all those stones along the journey and harsh venomous words spewed forth at them, where others would turn back, they kept along their path hoisting the flag of Deathcore with honor while many would consider it a joke and a burden. In other words Carnifex walked so that a newer generation of Blackened Deathcore bands could run and keep the flame alive. As such ‘Graveside Confessions’ is a testament towards this band’s voyage and virtuosity culminating into their sigil being stamped onto the genre for many years to come. 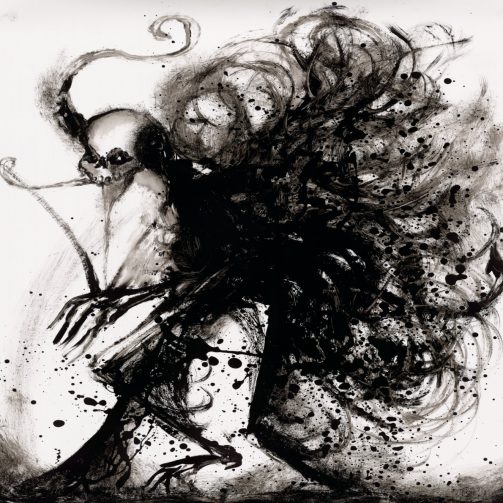