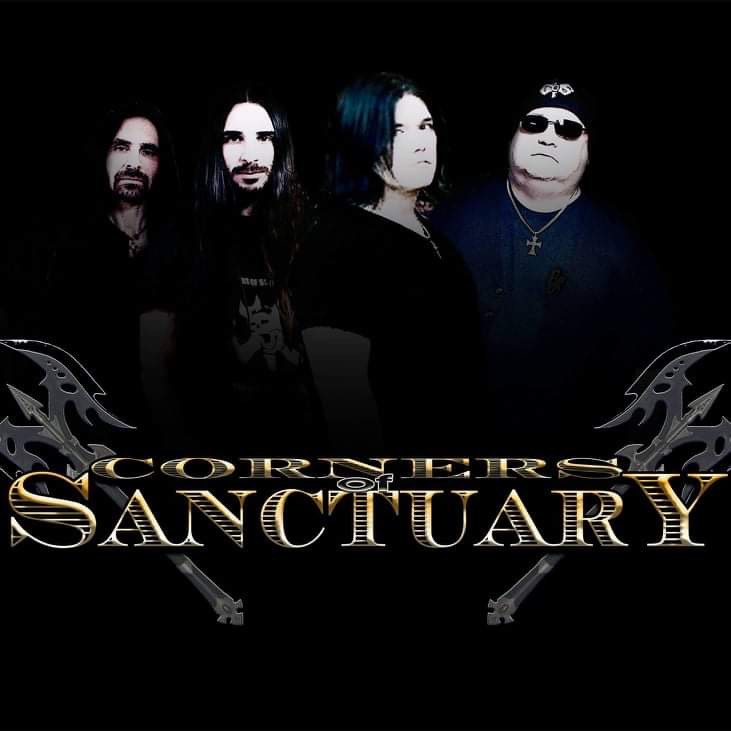 This month we are bringing you Corners of Sanctuary

Hailing from Philadelphia, the New Wave of Traditional American Heavy Metal band Corners of Sanctuary (COS) was formed in 2011 with a desire to bring back the sounds of Classic Heavy Metal. 2012 marked the release of their debut album “Breakout”.

The album was mastered by legendary producer Bill Metoyer (Slayer, W.A.S.P., Armored Saint, Fates Warning). 2018 also had COS completing a tour in Europe and a second US West Coast tour. The band has begun work on their next album “Heroes Never Die,” slated to release in 2020.

In 2019 COS has supported Bulletboys, Grim Reaper, Blaze Bayley, Last in Line, Janet Gardner, and the Iron Maidens and performed at the legendary Whiskey A-Go-Go. Before 2019 came to a close, COS released three EPs: “Hold onto Christmas,” “Metal Brigade (7” vinyl), and “What We Leave Behind.” COS signed with RFL Records (US) in June 2020 and released the album, “Heroes Never Die,” in October 2020 and EP, “Blood and Steel: volume one and volume two” in 2021..

The band looks to release a final edition of the Blood and Steelseries in October that will include digital, CD, and Vinyl platforms. COS has already worked with Faster Pussycat and Enuff Z Nuff and will again be appearing at the Whisky A Go Goin December with Kill Devil Hill.

Mick Michaels: Music is something that was part of my growing up. My family was into music; listening, playing…it was a backdrop. My grandfather played several instruments and performed with the string bands of the times in Philadelphia. My older brother also played guitar and was in bands. So picking up an instrument and wanting to be part of a group was something I wanted to do as well. There was a diverse love of music in my family; from Do Wop to the Beatles, from Motown to Rock and Heavy Metal. Plus I always had a thing for Pop music…I believe that such a diversity that I was exposed to has shaped the songwriter I am today…or at least strive to be…it has given me a much larger pallet to work from.

Mick Michaels: Philly is so diverse and rich with music…just its musical legacy alone is legendary…Patti LaBelle, Hall & Oats, Cinderella, Boyz II Men… So many great artists and bands got their start here…and for me, it has always been a source of inspiration and connection. It creates a sense of hope and it reminds me that I’m not entirely alone…it reminds me that there’s always a chance.

Mick Michaels: We have been fortunate over the years to have connected with so many great artists and bands…from doing shows and events together to even collaborating on some bigger projects…it’s been cool. This sort of thing has even expanded past our local region…we have often shared the stage with bands multiple times while out on tour. It’s always great having that type of relationship. In 2020, and again in 2021, we had the opportunity to work with a host of talented artists on the Hear ‘n Now project to write and record music. It was an amazing experience. So making connections is a key ingredient to being an artist or working in a band. The music is greater than any one individual or group. Sharing what we do is a form of connection and the world is built on connections.

Mick Michaels: Comparing one band to another band is like comparing apples to oranges…it just doesn’t balance out. Every band out there has its unique quality…that’s what makes them that band. To be honest, the industry and the market are tough enough for artists and bands to navigate; finding an audience and keeping an audience is a never[1]ending uphill climb. Pitting one band or artist over another just adds fuel to the fire and most often winds up creating bad blood. That being said, I have always been astonished by the level of output Corners of Sanctuary has demonstrated over the years…there’s always something going on or in the works…it keeps me on my toes.

Mick Michaels: For me as an individual artist and as a member of Corners of Sanctuary, taking things beyond the local levels is something we have been doing from the very beginning. We have been fortunate to play throughout the United States with so many well-known acts as well as being able to perform in Europe and the UK over the last 10 years. We have also been able to work and collaborate with a lot of great people in the business… from other artists and engineers and producers to booking agents, PR people, and endorsement sponsors…it has been such a blessing. We are going to keep on doing what we are doing; making music our way. We enjoy what we do and because of that, it’s not work. That doesn’t say that things don’t get tough at times because they do, but that’s life, we all experience the ups and downs. I guess the goal has always been to keep going and make the best of what you have. Like Frank said, “If you move forward with hope in your heart, you’ll never walk alone.” Thanks so much for talking with me, it has been a pleasure! 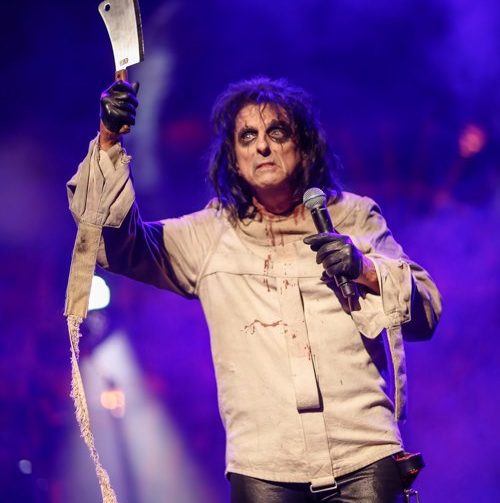