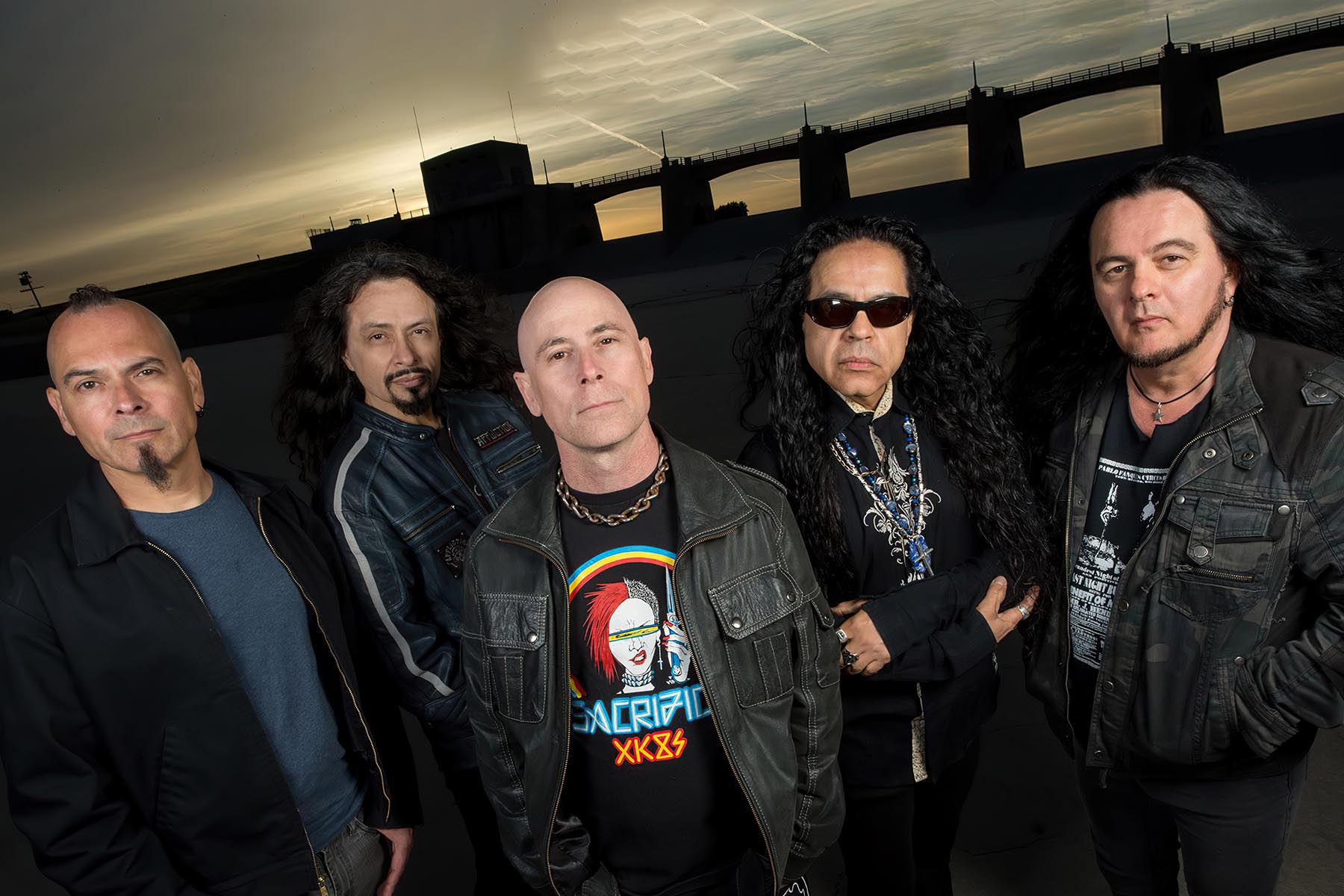 Armored Saint: A smorgasbord of genres

Does this band really need any introduction? But for the newcomers Armored Saint are a US Heavy Metal band that originated in the early 1980’s, since then the band has gone on to produce eight studio albums despite the break-in periods in between the band’s timeline. Fronted by the legendary John Bush (you may remember him from his Anthrax tenure) the band has weaved a tapestry rich in legacy that one can appreciate for quality and musical prowess. I do hope the small conversation ahead is rather enjoyable and to you, the newcomers to band, may it bring some clarity to venture into their discography.

1. Hello and welcome to the Metal Digest! It’s my pleasure to be having this interview with such an esteemed band as you all! So firstly, I would like to say THANK YOU for this wonderful opportunity! So how have you been during the pandemic? Also your live album, ‘Symbol of Salvation Live’ is due to be released on October 22 nd … so I must know looking back at your extensive discography since the 80’s till now how do you keep firing on all cylinders and keep the machine alive that is Armored Saint…I mean you show no signs of slowing down and that’s quite admirable.

We’ve been as well as everyone else in the world. Striving to hang in there. Trying to stay productive and spend quality time with family. That being said we are beyond ready to move on and start performing shows.
We really believe in everything we do musically, in particular the last couple records we made. That motivates us and reaffirms that we have a lot more to say. Longevity was always a major goal for the band even from the beginning. Idol hands are the devils workshop!!! Keep pushing, as REO Speedwagon once said.

2. Your eighth album, ‘Punching the Sky’ was released last year, which has a gap of five years between this album and ‘Win Hands Down’ (2015), do you mind sharing with us the conception of how this recent album came to fruition? I am eager to know the driving force behind this album as well as the inspiration that fueled its creation.

Punching the sky followed the same general approach as Win Hands Down. Demos that were done at Joey’s house. Guys contributed ideas and Joey pieced arrangements together. As head songwriter stuffed is funneled through him. He’s a master at making songs happen. I wrote the bulk of the lyrics with various ideas contributed by other guys. I feel Saint is in such a groove writing songs albeit sometimes it doesn’t go at a fast pace. That being said the end result is great. We’re super proud of Punching.

3. In my opinion I have always regarded Armored Saint as a Legacy band, meaning a rather influential band whose discography has paved a course for a younger generation, so my next questions leads into that…the legacy, with ‘Punching the Sky’ I realized that even though the sound has evolved ( as a natural progression) the band still retains the essence of its core beginnings…so how do you maintain that balance as when writing to stay loyal to the true sound in which Armored Saint has been known for, without comprising the integrity that has been fostered all these years?

Obviously, we stay true to the origins of what we were founded on. A hard rock/ metal band. However, we were all raised on many types of music. It’s a smorgasbord of genres. From jazz fusion to old school soul to punk rock. That is very helpful when it comes time to writing because we use those influences in pushing the boundaries as far as possible. The willingness of us to try anything has really helped us as musicians. Taking chances. I think that’s the key to Saint remaining relevant.

4. On keeping with the same with vein with legacy, Armored Saint is band that has witnessed allot of changes within the Metal community in terms of the evolution of the genre itself, speaking upon the genre that would closely identify you all, ‘Heavy Metal’, I would like to get your perspective upon the state of the genre as how it has endured the test of time. Also, following along with this, there also has been a resurgence of newer bands who seem to be keeping the flame alive with the sound harkening back to that old school Heavy Metal era, what’s your opinion on this?

Newer bands are always gonna be the train’s engine. Older bands are the cargo that is needed for the train to move. How’s that for a metaphor!! Older bands, like Saint are so fortunate to still be going. Saint’s first EP came out in 83!! But you need new bands to connect with the younger generation. Those kids can always go back to see where it all started. Metal is a pretty strong force. It can’t be stopped!

5. Last year you revealed the first trailer for your upcoming documentary,’ Armored Saint: The Movie’, which features some notable legends making an appearance, how long has this been in the works…also is there an expected release date that fans can expect? Following that, how was the feeling recalling the early days of Armored Saint, all the nostalgia experienced through others?

It was cool to get interviews from important people through the years. Cliff Burnstein, Ron Fair, Brian Slagel. James and Lars and Scott. Their perspective and viewpoints are interesting and fun to listen to. The idea was all Russell Cherrington’s the director. Don’t know a true release date yet.

6. You have been a band who has graced the roster of Metal Blade for many years, to have a band stay that long with a label, is rather rare, so shifting focus, I am most curious to know about the relationship between Armored Saint and Metal Blade during these years? Also, how has the label in your eyes helped to push the band as a whole?

Pretty much without Metal Blade it would’ve been tough for Saint to survive. The belief and support has always been there and for that we’re extremely grateful. Obviously the president Tracy Vera is Joey’s wife. They’re pretty close! Ha ha. Brian has always been like a big brother to us. Giving us guidance and yet letting us do our own thing. They have pushed Saint so much that with Punching the sky we had our highest charting in both America and Germany ever.

7. So has any ideas been brewing in the Armored Saint camp concerning new material? Also how long can your fans expect for the ninth album?

It’s difficult for me to go right back into writing mode once a record is completed. For a few reasons, 1 I want to savor the product we just completed. 2 My immediate desire is to perform those tunes live. We always would prefer to release things more often however it’s all about the quality of the material more so than the frequency on when things come out.

8. In terms of writing and penning lyrics, I have always been fascinated by the well of creativity in which artists draw their ideas and blueprints from, so my next question, throughout the years of Armored Saint where does that inspiration come from that brings life to these songs?

The giant world around me. Life offers a plethora of things to write about every single day. I truly feel no topic is off-limits. Some things may feel unusual for a metal band to write about but I don’t care. I’m willing to tackle any subject.

9. So my last question deals with the journey of Armored Saint, looking back on the stones that you have laid for yourselves, is there any advice or things you wish you could have done differently if you got the chance?

There would be certain business decisions that I would have done differently like for instance tour Europe from the get-go, right after March came out however I don’t live with any regrets. I’m pretty good at accepting the way live has turned out. Of course, I would’ve been good with earning more $ through the years but hey them’s the breaks.

Also, if you were able to converse with your younger self, what advice would you give to the young lad?

Ha well I don’t know if that young lad would listen to me, if he’s anything like myself or my son however I would say enjoy the moments, even the difficult ones.

Also to make sure your primary reason for doing this is for the love of the music. Also keep expectations low.

In ending with this interview I want to say how appreciative I am for you taking the time to answer these questions, as it was truly an honor on my end to prepare them…so I’ll leave the final words to you, anything you would like to tell the fans and Metal Digest readers?

Thanks for all the support through the years as always. We can never do it without you!! 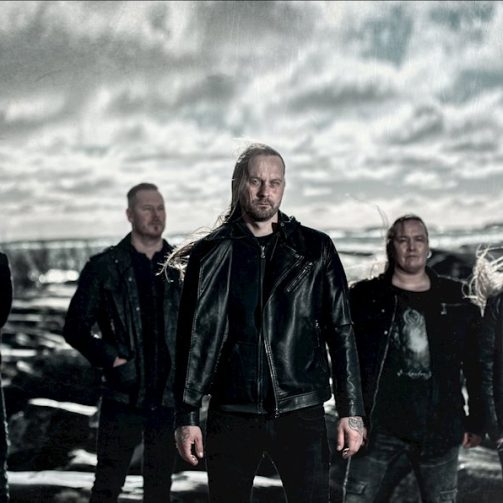