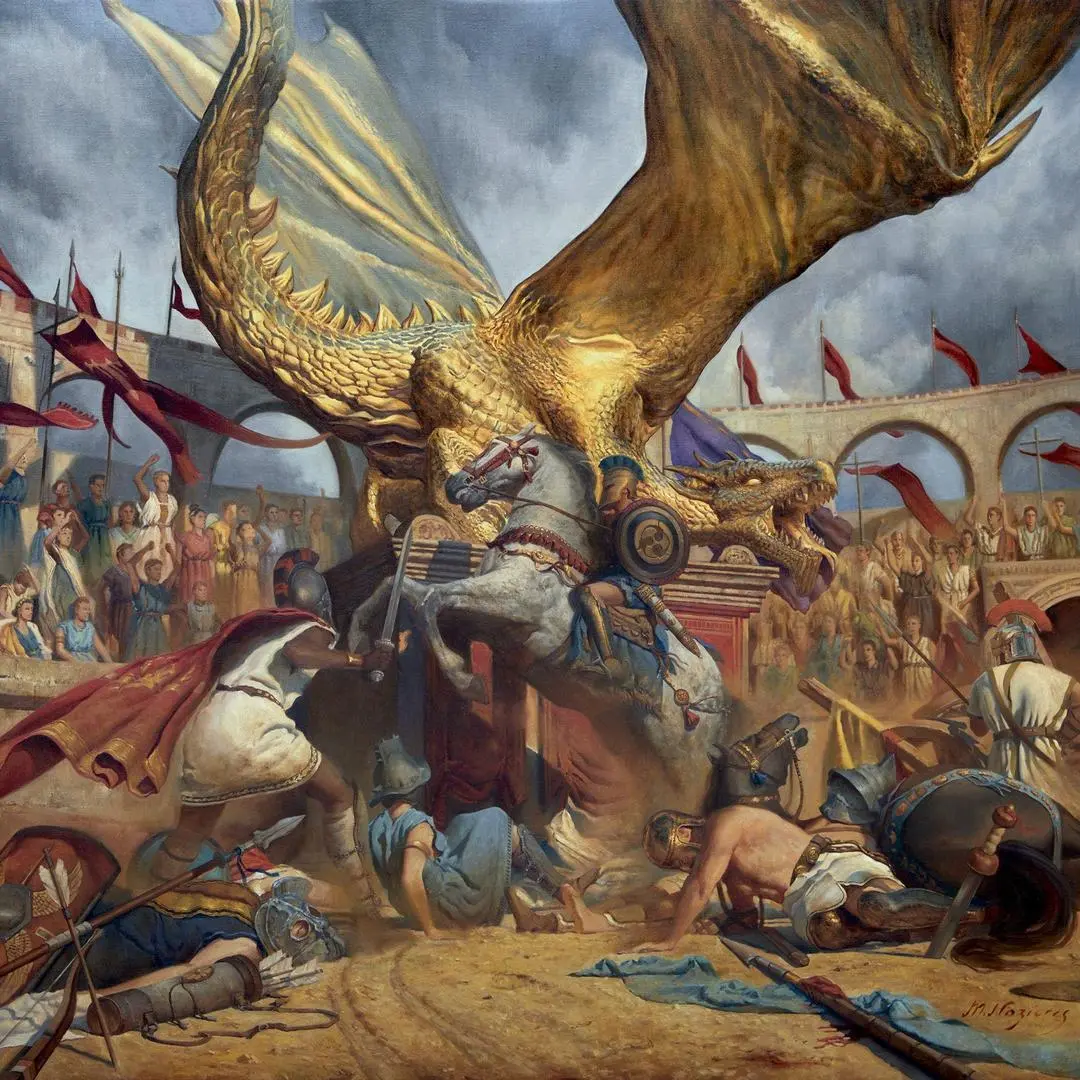 Trivium – ‘In the Court of the Dragon’ 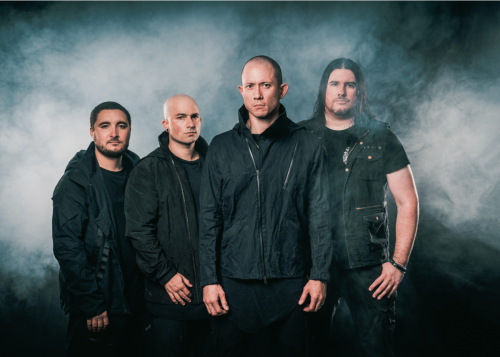 “Around seventh(7th) grade a friend lent me ‘The Black Album’ by Metallica, I heard that and that was my first introduction into hearing Metal, I never knew that’s what music could sound like and that’s what songs could be about and playing could be that good…”, Matt Heafy(Trivium)

Say what you want about Metallica’s ‘Black Album’, as there are many discussions and interpretations of why that release represents a pinnacle towards the band’s success while others will debate why it birthed an ember upon a ship about to burn, but those statements matters not here, what does matter is the impact that the album had upon young minds in which it opened the chasm to welcome those to a new world, a world where sound can be harnessed and you become the architect. In this case, that was a young Matt Heafy (Trivium) .You can probably hypothesize that Metallica became the catalyst for Trivium’s formation as well as countless other bands that emerged in the late 90’s and early 2000’s, and if a band can have that impact to inspire someone to release that inner flame upon the world, then I view that as a positive, no matter my thoughts upon the quality of the band’s work.

So…here we are, eighteen (18) years later since the band’s debut, ‘Ember to Inferno’ with their most recent offering and also representing a land mark as their tenth(10th) full length album, ‘In The Court of The Dragon’. Now let’s turn the clock back sixteen years, on July 9th 2005, esteemed magazine, Kerrang plastered the upcoming band upon their front page, with the caption, ‘SABBATH…MAIDEN…METALLICA…TRIVIUM THE HOTTEST METAL BAND OF THE CENTURY’, this was only the tip of the iceberg as other magazines followed suit with classing the band as the ‘Next Big Thing’, but are they the next Iron Maiden? Metallica? Short Answer…No, cause it defeats the purpose of what makes those pantheon of bands great, meaning, there could be only one, but does Trivium deserve to be mentioned in the same breath as these titans? Disclaimer, what I am about to say may sour the taste of others…but, the answer is ‘Yes’, after listening to ‘In the Court of The Dragon’. I humbly believe that this work of art can be compared to their ‘Sistine Chapel’ and even though Trivium is not Maiden, they are not Sabbath, needless to say, they have cemented their name and legacy and have earned their crown with this album.

‘In The Court of The Dragon’ can be anatomized into three components, that being, a Trivium album, a gateway album and a standalone album, in summary the band accomplishes all three as there is much to be gleaned from this magnum opus. Firstly, the instrumental elements that reside within this body calls upon the strength of a myriad of extremities contained within Metal, such as Melodic Death Metal, Progressive Metal, Thrash Metal and even remnants of Power Metal that cloak a skeletal structure crafted upon the bones of Metalcore. Take the title track, ‘In The Court of The Dragon; whose musical array coils around the rhythmic monument where the Thrash and Melodic Death Metal segments intertwine into one cohesive anatomy  exuding an ambience that never feels convoluted or erroneous in its radiance, as the riffing and percussive portions all ebb and flow into each other without collision, but however paints a picture where two parallel streams converge into one body of water where it grows in mass and meanders in motion organically. Another positive which illuminates within the music is the use of the breakdowns, there are frequent within the album, however they are used to evoke a crescendo essence upon the track as the climatic point is constructed to a peak. ‘Crisis of Revelation’, is a song which exemplifies the following description as its forte resides where the culmination of grooves are expelled to erect a towering soundscape but is annihilated by the interjection of the breakdown, which gives the illusion of a colossal beast that spreads its wings as it emits a shockwave that decimates its surroundings as the winds gathers might beneath it. Besides the dissonance expelled from the many facets of riffs employed upon this album, a unique combo which fortifies this citadel is the alliance of the bass guitar and drums as the intricacies woven into the album can be compared to the stylistic shading and stippling within the contours and lines of a drawing in which they are used to amplify the overall image, adding that extra vibrance, ‘Fall Into Your Hands’ demonstrates these sentiments as with the duality of the bass and percussion accentuating the track.

The complexities and musical prowess is only one face of this beast, but when assembled, does the structure hold? Or does it implode upon itself?  The sound expelled from the maw of this titan brings forth a grandiose and triumphant air to the overall atmosphere that inhibits ‘In The Court of The Dragon’, and this is concocted via two (2) mediums. First being the production, which aggrandizes the granular details found in the nuances of the musical components. ’The Shadow of The Abattoir’, is an example of a song which undulates and morphs into different shades of progression, but the minute details are magnified due to the production, just like the scales upon a serpentine creature whose beauty gleams with the radiance of the sun upon its back, so too does the mix of the album accentuate the overall sound.

The second medium which brings life into this body is the vocals, especially where the dual approach is utilized between the harsh and clean vox, the difference here as opposed to prior releases is the spirit it inflicts upon the listener, as before (in my opinion), while the lungs that dispelled powerful verses contained much bravado and range what differs here is the depth in which the vocals carve into the music. At times it emits the feeling of expanding around the perimeters of a coliseum that is filled with the infectious energy of a gladiatorial match, what is meant by this description is that the juxtaposition of the vocals carry with it a majestic tone. ‘Feast of Fire’ perfectly displays these merits as the clean vocals acts as a beacon upon the track which radiates a swell of emotion absorbed by the song creating a triumphant yet resplendent imagery, and this is where ‘In The Court of The Dragon’ excels, as these methods aren’t use to mindlessly color a blank canvas, like Atlas whose limbs and might support the weight of the world upon his shoulders without crumbling beneath the sheer extremity, so too does Trivium arranges the variables to hoist the their sculpture upon a great foundation.

Just like kids who were hooked on the intro of ‘Pull Harder On The Strings of Your Martyr’ which then ushered them to the gates of exploring a vast landscape I believe ‘In The Court of The Dragons’ may also invoke that feeling into a newer generation, hell, it may even be cited by upcoming musicians in the years to come, that THIS album was the reason why they wanted to unleash their creative animal upon the masses. However, that doesn’t mean to say that the album just works as an introduction to Metal, no but while its embrace is welcoming, its architecture is one to behold which can be revered and dissected for its splendor. In conclusion, Trivium has forged a meritorious album, if this were to be the last material that was ever crafted by the band, it’s safe to assume, and that they can rest assured knowing that this monolith shall never decay nor perish. 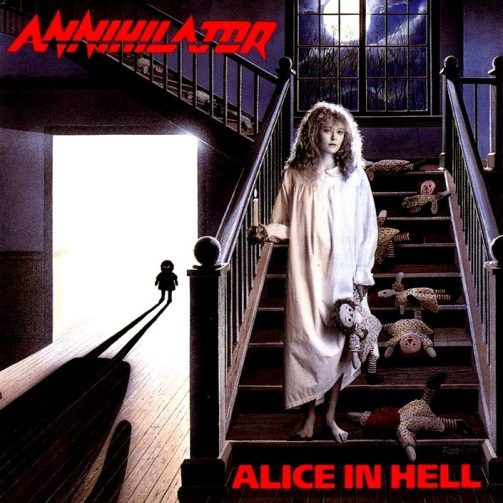