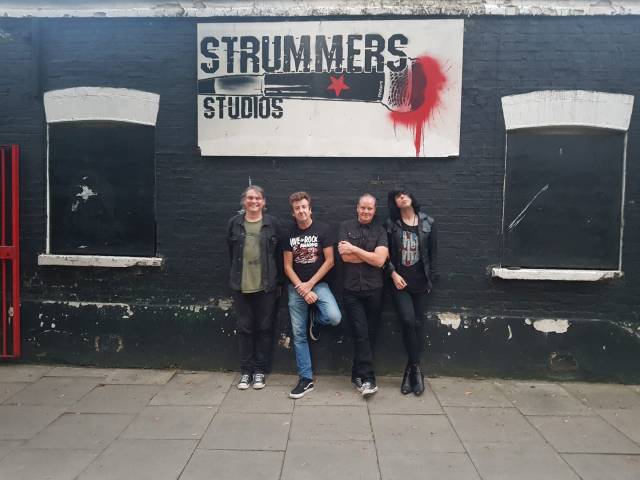 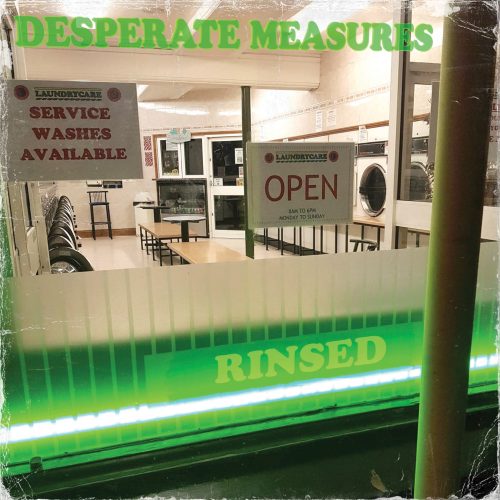 I had to pin my flag on the mast musically, I’m a Prog-boy with a love of Blues, Doom, Stoner and Classic Metal. You’re not expecting me to be a lover of Punk. Big wrong; Stiff Little Fingers and The Buzzcocks still rack-up highly on my “most seen live” list. Why? Punk done well is the most visceral and honest genre of Rock there is; I know it’s hardly going to win many guitar duels, and a lot of it is shit, but it speaks to the disenfranchised and the working man. And it kicks fucking ass.

It’s almost a Punk fairy-tale. Desperate Measures emerged in Christchurch NZ in the very early 80’s, released one single in 83 (called the 1984 EP), a live EP a year later, and then disappeared until now…

…or did they? There was (allegedly) music in 88, and possibly in 94 if Youtube is in any way a reliable source of information. A brief reunion in 2010 now based in London UK, where the sole remaining member, Eugene Butcher, resides, and now a new EP “Rinsed”.

Not quite, Eugene is still it for the Desperate Measures name; Gaff, Ricky McGuire of U.K SUBS, and drummer James Sherry are the 2021 edition of the gnarled and spiky original. And it’s a “nostalgia but not quite” affair. I guess it would be all-too easy to just bang out some sub-Pistols lo-fi and pass it off as a heritage band getting all their ducks in a row for a crack at the HRH merry-go-round of earning a few quid. Not the case here however, they’ve been away, and they’ve listened to some other music. Elements of The Clash, The Cult, The Almighty, AC/DC and even Elvis Costello add a new depth to the Punk ethos to which they ascribe.

It’s almost a “what might have been” moment; there’s a verve and “life” to these songs, a slice of Punk power on display. It does make you wonder though what we may have missed out on in the intervening years had there been a continuity of output. Still, I enjoyed “Rinsed” for just being what it is. 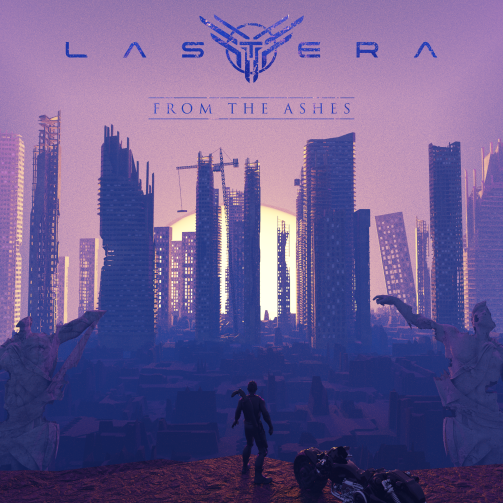