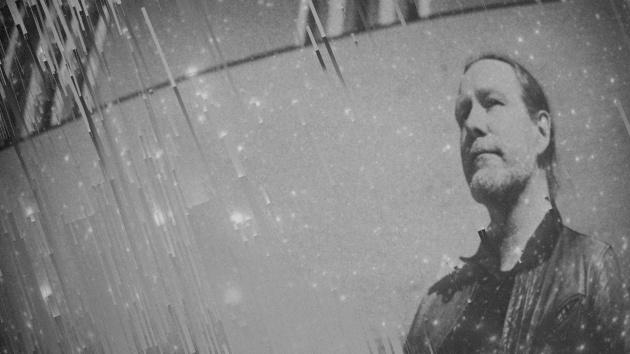 MITOCHONDRIAL SUN, the ever-changing solo project by Niklas Sundin — best known as a founding member and guitarist of Swedish metal icons Dark Tranquillity — is gearing up for the release of his brand new EP entitled Bodies And Gold!

After 15 albums as a metal guitarist, with MITOCHONDRIAL SUN Sundin started his first public forays into different musical realms, and he doesn’t show any signs of slowing down anytime soon: Following his 2020- solo debut and the critically acclaimed Sju Pulsarer not even a year later, the multi-instrumentalist is about to release his new EP in a couple of days through Argonauta Records.

We got to ask Niklas a few deep questions.

After 15 albums as a metal guitarist, you are now experimenting with different musical realms. Was there an ‘Aha moment’ in your career where you had an epiphany and knew exactly the next path you were meant to follow?

Good question! I don’t think that there was a specific moment as such, but rather of a combination of different factors. The idea of trying to make electronic music had been there for many years, but it was a matter of waiting for the right moment to get started. When I stopped touring with Dark Tranquillity and was away from music for a while, both the timing and inspiration seemed to be right, so I started playing around in my home studio without quite knowing what the result would be. Everything regarding Mitochondrial Sun still feels like a big experiment, so the path was never crystal clear, haha!

The limited-edition vinyl ‘’Bodies and Gold EP’’ was sold out. What was your first thought when you found out?

I was of course happy, but since it’s a very limited edition of only 100 copies, neither me nor the record label were that surprised. But it’s great that they sold out very quickly, which shows that there is a small but devoted audience for this kind of weird music.

I was watching the new clip. It is intentionally open for interpretation rather than weaving a complex narrative with an obvious storyline so that the viewer can make of it what they will, as you said. This sparked a question: Do you intend for others to “see” and “feel” what you “see” and “feel” in your music?  In other words, do you want others to get what you are saying with your art?

No, it’s not that important whether a listener’s impression of the songs is the same as my own; it’s more interesting and rewarding when people draw their own conclusions and find a way to connect with the music that speaks to them as individuals. This is also the beauty of instrumental music, where there are no words to steer the listener in a particular direction. Of course, the artwork, song titles, and general presentation establish some sort of basic context, but apart from that, it’s pretty open. To me, it’s more interesting to trigger the imagination of people rather than trying to implant certain ideas in their heads. If I truly wanted to convey a particular message to the world, I’d become a politician or write a book (or maybe in this age starting a podcast is better, haha) instead of making music.

Do you think you see the world differently than non-musicians?

It’s hard to know for sure, but most likely not. One can probably find every possible worldview and ideology represented among musicians, and even within the same band, there can be very different ways of seeing the world as well as different ways of listening to and approaching music. What’s probably true is that one does start listening to music in a very different way when learning to play an instrument suddenly beginning to understand the relationship between notes and all the other components of the musical language. Everything becomes a bit more analytical instead of just being experienced on a direct level.

Dystopian and cold, yet organic and occasionally hopeful. This is how your work was presented to the press. Should music be used to express beauty and the ugly and painful side of life?

I think that music can express whatever the creator wants, which can mean anything under the sun. Some people see it fit to fill their musical output with political messages to instill societal change, some people mainly want to entertain others and spread joy, some people are in it for fame and an ego boost and hope for attention and some use their songwriting more like a dialogue with themselves. I’m definitely in the latter category, but everyone is free to do what they want. I’ve always found it interesting to contrast the typical minor key and sad-sounding chords with occasional major/uplifting ones, which also is a trait in Swedish traditional music, and this is featured on almost every song in the new EP.

I noticed that you have been utilizing different platforms and streaming methods to connect with your fans (such as Bandbond)  How do you price your work?

Well, these days you kind of have to be everywhere in order to reach an audience, and then it makes sense to try different platforms out. Bandbond is interesting since they don’t have the same algorithm-driven model as for example Twitter and Facebook, where you have to pay to reach more than a small fraction of your audience. On Bandbond, all your followers get to see your updates so it’s more beneficial to the artists. On the whole, I’m not a social media person at all and dislike the idea that an artist these days has to do all kinds of egocentric self-promotion in order to get heard, but I try to keep a good balance.

What’s the best piece of advice you’ve been given?

I wish that I had a good answer to this, but I can’t think of anything in particular. If talking about music-related stuff, we’ve for sure gotten a lot of advice (both good and bad) from old managers and record labels. If it’s something that applies to life in general, I’m equally unsure. I don’t have a special credo or golden rule to live by, and most “distilled wisdom” phrases feel too simplified to have much of a practical purpose anyway.

You definitely don’t show any signs of slowing down anytime soon. What’s your next dream project?

That’s one of the great things about being solo – I can just focus on the music without having to spend time on rehearsals or being in a situation where everything is a group effort and takes ten times longer for that reason. There are several projects and ideas in the pipeline, but it’s a bit too early to know exactly what will happen and when. For Mitochondrial Sun, I’m sure that there will be another full-length album in 2022, but it remains to be seen what style it’ll be in.

Find out more about MITOCHONDRIAL SUN at:

“Bodies And Gold” EP out on September 10th via Argonauta Records! 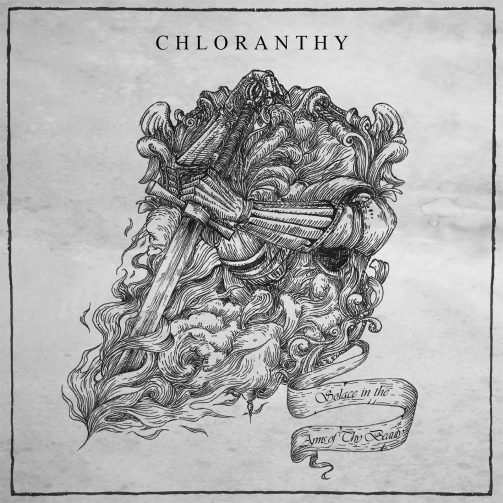