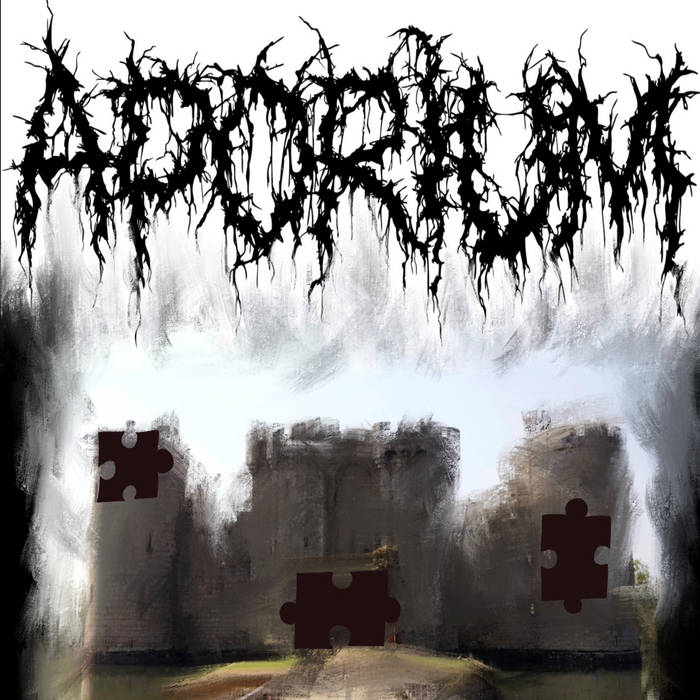 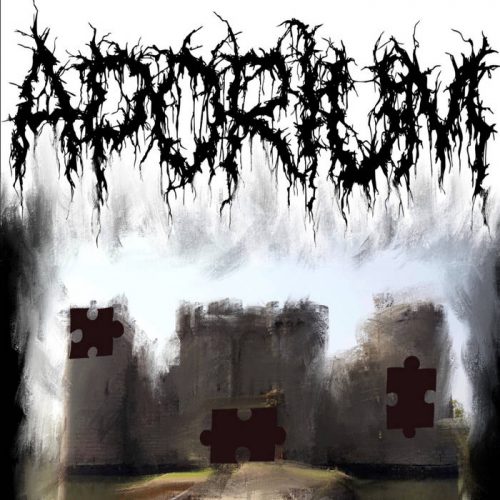 Sometimes a wondrous idea may be conceived from one’s imagination, within that seed may spring forth a world that can be painted and constructed within the realms of music, with each note weaving the topography of the land, the breath of the wind…with each note your personal world becomes a reality. Just like every great album, the obscure sounds that may seem alien, the emotions that was poured into every song arrived  from the conception of one simple idea, but sometimes…the reality that is sculpted may not always reflect the vision that was spawned.

This is the case with the one man Death Metal band, Aporium, who recently independently released its first piece of material in the form of an EP, titled ‘Aporium’. If one were to judge and dissect the bones upon which the flesh of this EP was grafted on, you will observe that the structural foundation is quite unique, as the EP not only employs ideas from Death Metal, but utilizes a plethora of other genres from the cauldron of Extreme Metal such as Black and Progressive Metal to name a few, songs like ‘Fide Nobiscum’ and ‘Immaculate Desire’ showcases this as instrumentally one cannot deny the talent here when it comes to the stylistic flow of the guitar and bass to create an undulating soundscape that ebbs and flows throughout the EP…. technically the music is rather well done.

However… the blue print of this perceived structure is not enough to grant this EP a positive rating. The mix chosen here emits a rather crude yet soft undertone, but not unpolished as to foster an atmosphere where the music can thrive and intertwine to expand forth, but instead the production rather diminishes whatever musical prowess there is, and it’s quite a shame since there is much talent to be witnessed here but the mix shrouds it in an obscure manner that sometimes it takes a few listens to discern certain musical elements, and in this reviewer’s opinion, musical content should evoke that emotional aspect after the first listen, the numerous listens after should be a byproduct of wanting to explore the musical labyrinth’s architecture. However in this case, it feels like trying to forge a diamond from a coal that is pressed firmly within your hands, you try to apply herculean strength, as much as possible, however to no avail …but you do know that there is greatness to be discovered within this blackened rock.

Another aspect that bears a hindrance upon the EP is the vocals, and this can be segmented into two (2) factors, the most obvious one again being…the production. A vocalist can be rather talented in their vocal deliveries in the way they are able to contort the verses in varied registers, but if it does not work symbiotically with the mix, it ceases to emanate the emotions that it exhales, instead the production here suffocates the voice. Another factor is the vocal register chosen, the voice that inhibits this EP masks itself a soft, whisper-type, harsh register that feels like a jigsaw piece that does not fit the mold when inserted with the musical elements, at times it sounds like a murmur which detaches from the overall listening experience. This is not to say the vocals are ‘bad’, it’s just that the vox couple with the actual music feels like two (2) opposing forces that never successfully merge, listen to the track, ‘Life of Lies’ where the delivery and the instruments flow in a parallel manner, meaning, they are heading the same direction, but instead they are separate entities and at times it presents the issue of sounding conflicting.

Overall, as a one man project, the talent is THERE, even though it may be like looking through a stained window to find it…it exists, but it’s the fog that is the production that veils it and snuffs out any emotional content that may reside within. That being said, Aporium still possesses musical prowess…but even though this EP does not portray the image that was once conceived, I still believe that there exists a foundation to improve upon and return much stronger with the next release.

a foundation to improve upon
40 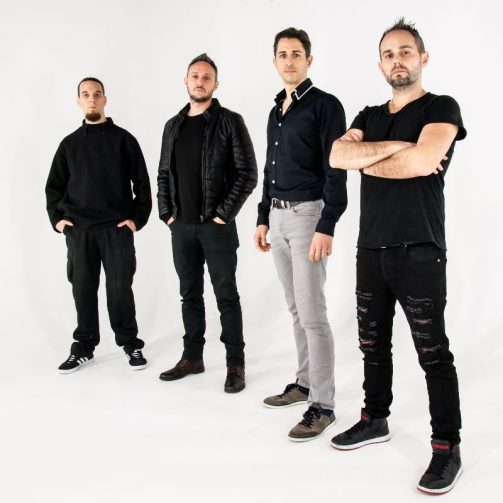