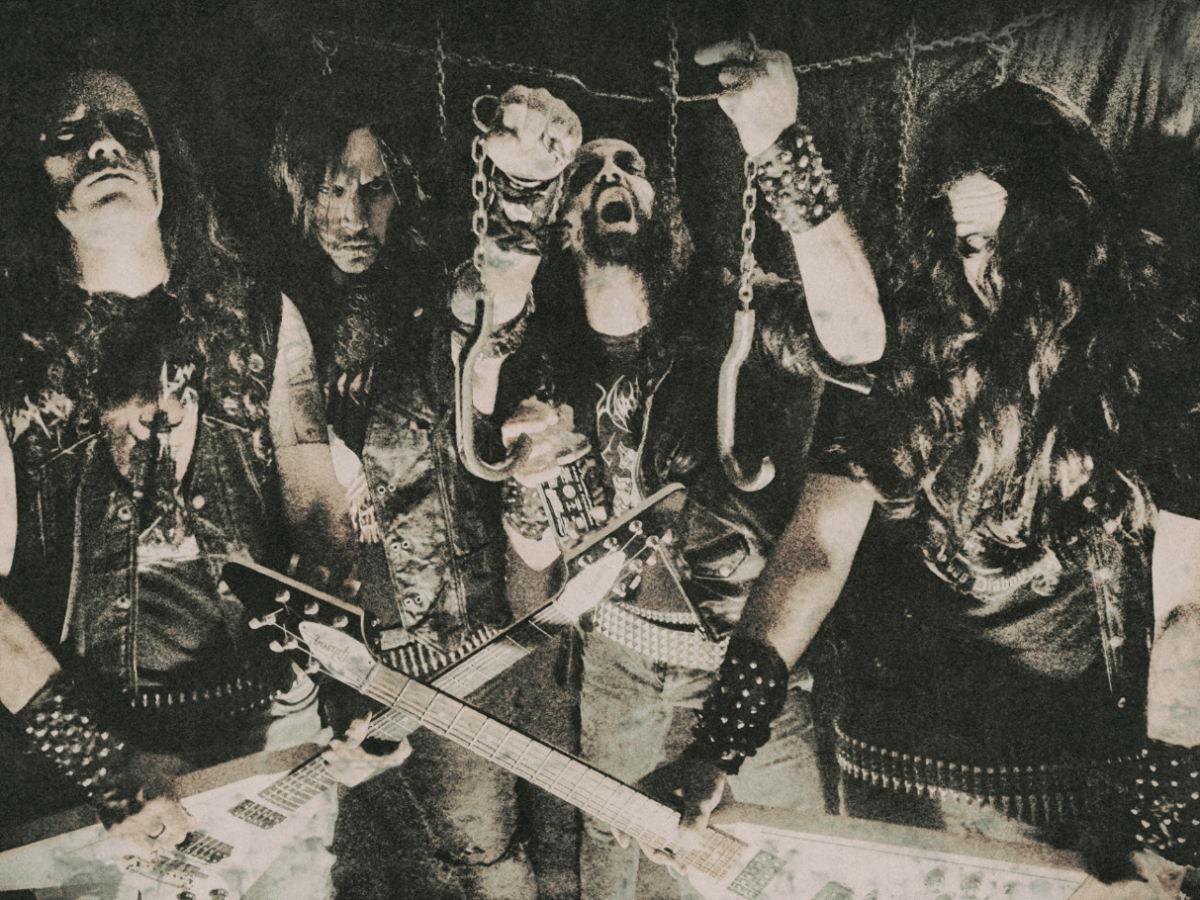 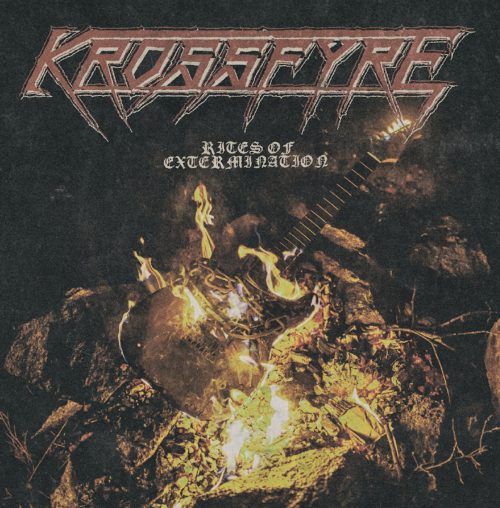 KrossFyre, hailing from the lands of Spain unleash their first length offering, titled, ‘Rites of Extermination’, if you are not familiar with the band, they were formed in 2015 and echo the sounds of Black/Thrash Metal. Since their formation they have only released one (1) EP, ‘Burning Torches’ (2017) and now they usher in their new creation, so let’s get into it.

The production gives the illusion of a battle between opposing sides, where no strategy nor any formation guides either servants of war, just pure bloodlust and carnage, with the ringing and clashing of steel against steel, spear splintering wooden shields and armor being bludgeoned and crumpled. This is prevalent in the rather metallic yet visceral noise that is discharged from every track, filling the atmosphere with a barbaric yet primitive sound. ‘Spit-Bullet’ is an example where the production intertwines with the notes to expose the membranes and raw-like nature of the sounds brought forth as you can hear the aftermath of every chord and beat that is echoed throughout. But…how does serve as a benefit towards the listening experience? Think of it in this scenario, if someone describes the feeling of anger to you, that is all you are left with, a well worded description about an emotion, nothing more…nothing less, but if you were to experience that emotion first hand or see it possess another, then now a vivid picture is attached to the meaning, the words are now animated to life, this in turn is how Krossfyre utilizes the mix within ‘Rites of Extermination’ for the very essence of the album presents a venomous feeling whereby the production amplifies this element making it rather potent and vile.

The tongue that secretes this poison that infects the album like a fever which racks the spine serves to portrays another positive aspect upon ‘Rites of Extermination’, songs like, ‘Infernal War’ and ‘Law of the Jackals’ demonstrates this feral demeanor of the vocal delivery that paints the imagery of a figure who conforms not to the pack in which he’s destined to be apart, for rebellion is in his nature, and the melody which flows through this figure is like a vortex opposed their gentle winds. Think of Watain where the vocals carry with it an iconoclastic tinge to the pattern delivery, so to can Krossfyre’s vox be compared to that of lone wolf who bears its fangs. However a highlight of the album comes in the union of the instruments coupled with the vocal delivery, since the atmosphere evokes a heretical spirit, the instrumental variables are responsible for the movement behind this wraith, as the musical patterns undergo various shifts ranging from standard Black Metal tremolo picking to spontaneous Black n Roll beats, ‘Casus Beli’ is a track which implements all these variations to create an aggressive yet cohesive output of noise, and this formula is employed rather well by Krossfyre.

Now….onto the negatives, while the album does exhibit a range of positive merits and there are lot of elements within to be enjoyed, the one thing that prevents this from being a near excellent album is that even though the formula that was mentioned prior is utilized well, in terms of song structure, sometimes the album may be too reliant upon it, the implications of this being that some songs ( not all, and not a large amount) do come off as sounding like a similar variation to other songs. It’s not monotonous per say, but there is much musical prowess here, and from the range of songs that do sound rather fresh and invigorative, maybe that same energy could have been channeled towards a few of the tracks to give them a distinctive skin. That being said, it’s not a negative that would sour the listening experience, for this nitpick comes from one who actually enjoys the album, and sees that there exist room for expansion upon certain ideas.

So…The verdict? For a first length release, Krossfyre reigns triumphant with this one, sure, the armor that they don may not be perfect, as they may be chinks within the chainmail, but such is the journey of great warriors for it is not about the arsenal in which they wield but how they use it that matters. ‘Rites of Extermination’ is one to be described as humble beginnings, for this is band that should be on everyone’s radar, Black Metal and Extreme Metal alike. To Krossfyre….may your battles ahead be victorious! 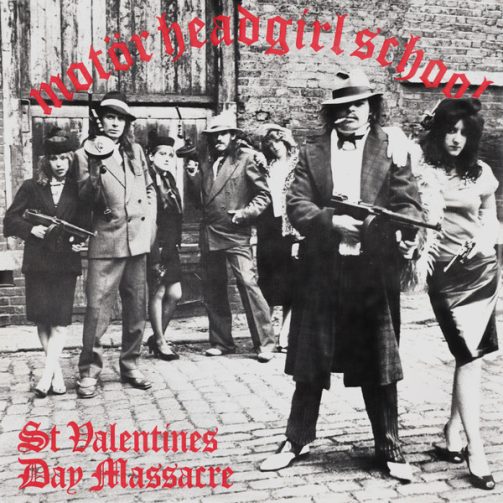