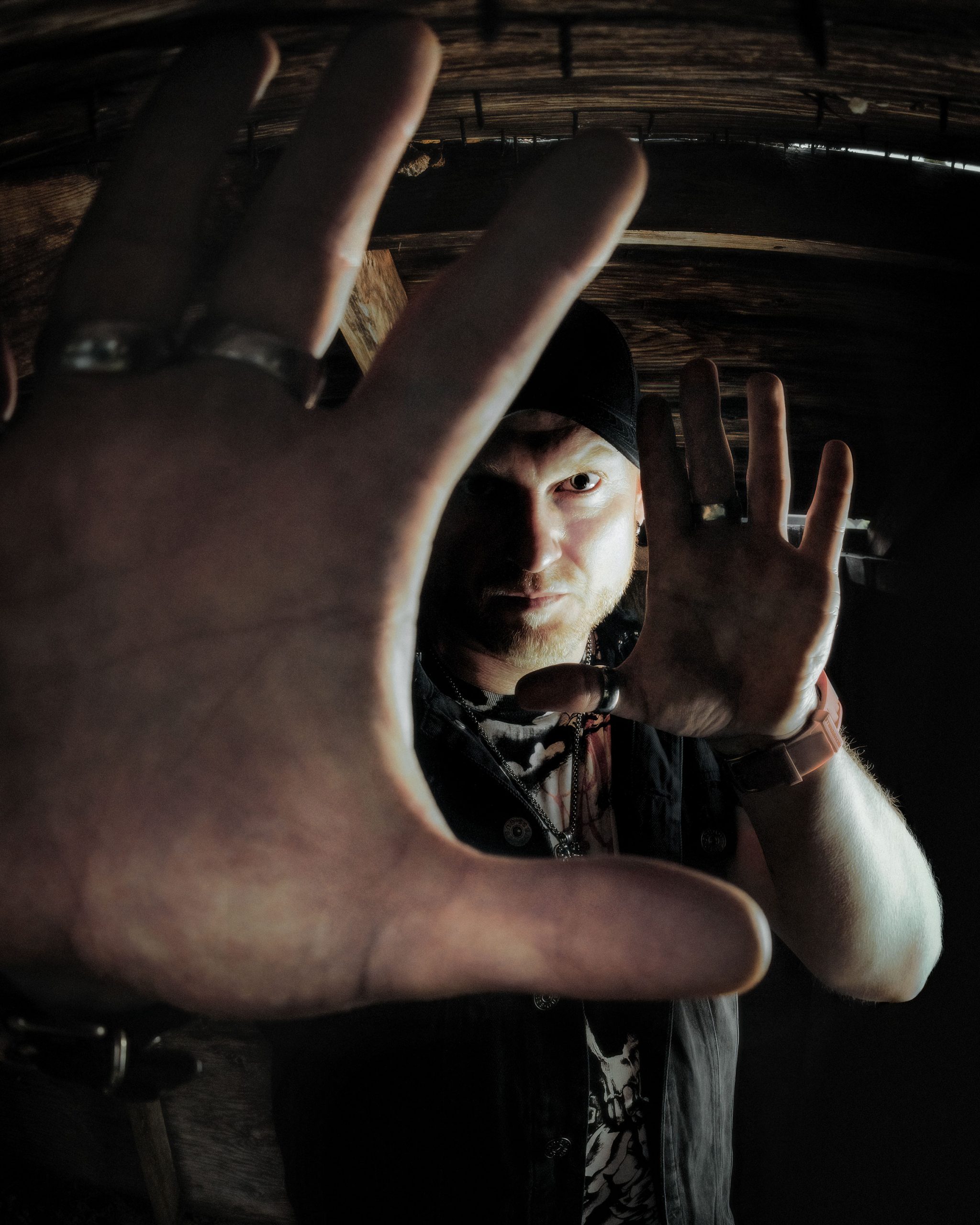 Questions on the Go: Dead Defined

Craig Ewan is a self-taught Singer/Songwriter from the very musical country town of Uxbridge, Ontario, Canada. (40 mins NE of Toronto, Ontario) While his friends and other local musicians honed their craft in the country music scene, Craig was drawn towards the big city lights and glamour of nearby Toronto and its ever thriving Rock’n Roll scene. Being a self-proclaimed ‘Country Boy’ by his roots, musically one may not see this transparency. After purchasing his first electric guitar in an auction at age 16 (a Jolly Rancher Red acrylic BC Rich Bich) he would go on to emulate the writing and playing styles of Mark Tremonti (Creed, Alter Bridge), Richard Patrick (NiN, Filter), Aaron Lewis (Staind), Chad Kroeger (Nickelback) and Jacoby Shaddix/Jerry Horton (of Papa Roach). To this day these musicians and their rock bands have an ever-evolving influence on his current writing and musical taste. After learning the basics of guitar and minor theory his main interest evolved into singing. Having a naturally gifted baritone singing style it was easy to see why he chose the path he did. Many would utilize this style for ‘Southern Country’ but Craig wanted to bend the mold and pursue his love of Rock’n Roll. Craig has co-written and sang for copious amounts of independent Rock’n Roll bands around the city of Toronto, Ontario for years but has recently decided to take time to pursue his own sound and style without any boundaries.

Dead Defined is a solo project instrumentally written and sang by Craig Ewan. It is produced and engineered by Mike Dmitrovic of Voodoo Records Canada. Dead Defined is a melting pot of the many musical influences that have guided Craig to hone his own style in this ever-evolving music industry.

We got to ask Dead Defined a few questions on the go.

Dead Defined was formed in 2018 and is a Pop/Rock/Industrial project that is instrumentally written and sang by myself, Craig Ewan. It is produced and engineered by Mike Dmitrovic of Voodoo Records Canada and it’s more or less an amalgamation of all my favourite styles of music focused into one project.

My latest single release is entitled ‘Rise and Stall.’ I’m working on promoting it on Social Media and pushing to mainstream/internet Radio. I wanted to go back to my roots on this song, the early 2000’s hard rock type of vibes I grew up listening to. Bands like Three Days Grace, Nickelback, Papa Roach to name a few, and with those influences in mind I set to write a real banger when it came to this new release. I feel it’s one of the most creative and edgy songs I’ve written when it comes to capturing a big hooky chorus and that true American hard rock song structure that was so popular then and now. I’m excited to get this song out there and to hear the feedback, positive and negative.

Uplifted, Positive. I always lyrically write what’s in my head at the moment of the song coming into fruition. Some of my music may come across as dark in nature but in hindsight, it is really meant to be helpful and honest of where I am in that time in my life.

My hope is that the listener can also find solace in my lyrics and the story that I tell.

I have way too many influencers to list and most come out subconsciously through writing music, but I’ll name a few of my favourites! I grew up listening to the late ’90s, early 2000’s commercial Hard Rock scene. American Hard Rock/NuMetal was a huge part of my musical influence even if that doesn’t transpose to my own style of writing. I do take a few things here and there idea-wise but try to compose music that’s more relevant for today’s listener. Growing up it was bands like P.O.D., Sevendust, Staind, Korn, Creed, Alter Bridge, Nirvana, etc.

‘The Poodle Father of Rock & Roll’

I like to view milestones as stepping stones and I hope to keep attaining new fans, new listeners and new friends to broaden my music industry education to be honest. I’m currently in school for ‘Music Business’ to learn the backside of this industry as I’ve always been the one on stage and never had to take care of things behind the scenes.
An odd answer I’m sure, haha. I try to tell it like it is though just like in real life.

This industry isn’t for the faint of heart.

Thank You for the chat and Much Love to you and yours! 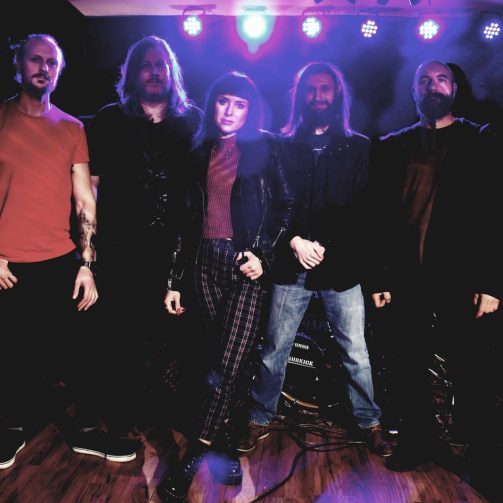 Into the Unknown: How did we do that again?