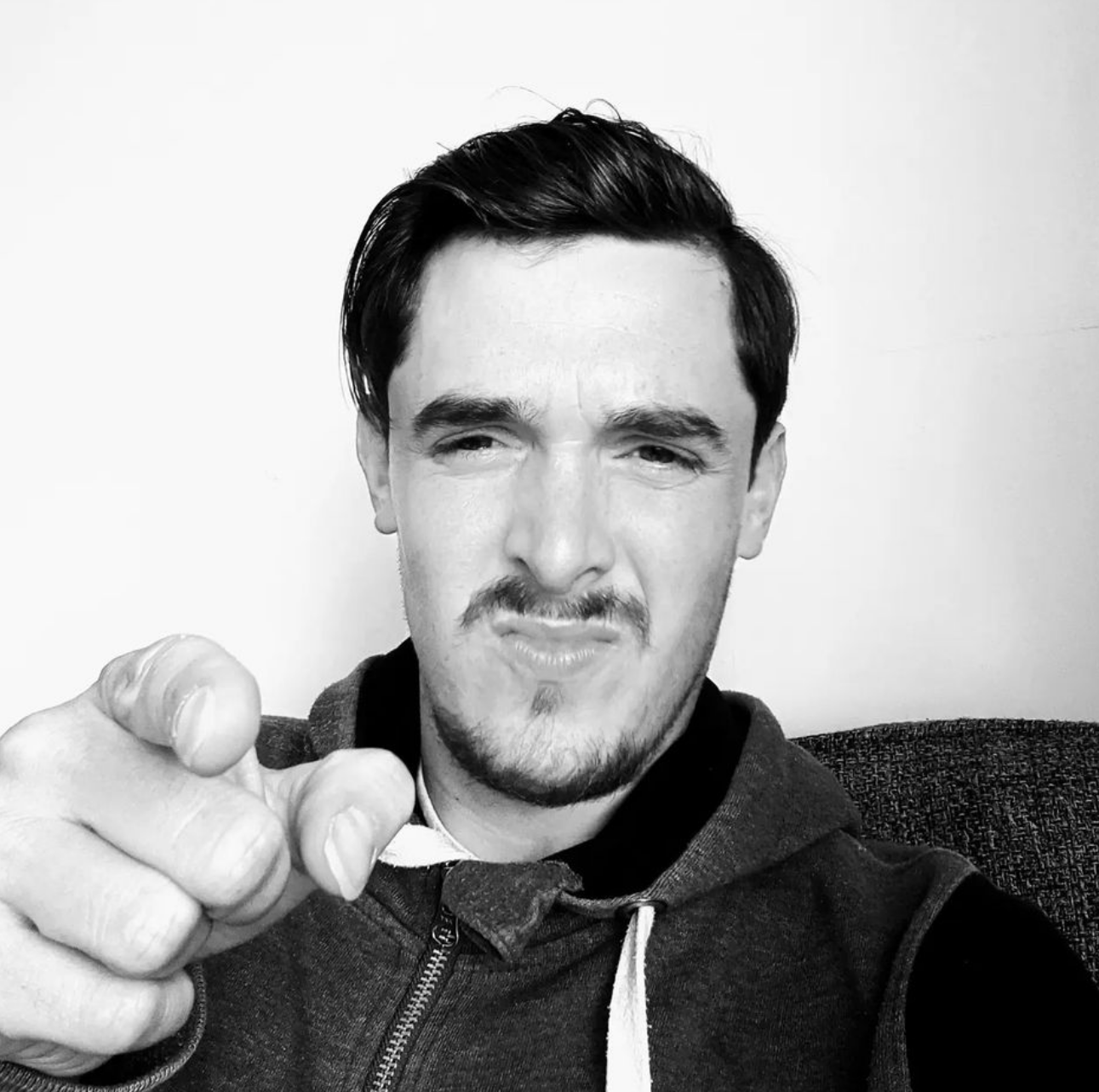 Centered around guitarist John Bailey and Corrupt Moral Altar vocalist Chris Reese, Utopia is billed as a Technical Metal supergroup. Honestly, this term is a bit of a disservice to each band member. The band features several amazing musicians (listed below) whose skill set is truly off the charts. Interestingly, Bailey’s “regular” job is working as a touring guitarist for Classical vocalists Aled Jones and Russell Watson, a far cry from Utopia. Along with Chris Reese and company, Bailey has released ‘Stalker.’ This is an ultra-complex Tech-Metal album that is wonderfully unhinged in places, brutally beautiful, and requires multiple listens before you “get it all.” I assure you; it is well worth the time. We had the chance to ask a few questions.

Congratulations on ‘Stalker.’ I have listened to it a few times. How has the reception been thus far?

Hi. Yeah, the response has been very positive overall. I think the majority of people who have ‘got’ it really understand what we’re trying to do which is produce something that’s violent, incomprehensible and an emotional rollercoaster on the first listen and which reveals itself further to you on subsequent listens.

With so many guest musicians, how did you decide who appeared on each song? How much of a hand did they have with the overall songwriting process?

The drummers were basically hired on account of their abilities to do the hard stuff. Billy and Baard are obviously pretty well-known names, and well known because of their technical abilities. I had to pick the hardest songs and give them to those guys. There wasn’t much rhyme or reason in how I distributed the other songs. Simon Peter King was supposed to do drums on the whole album but he’s a mega busy guy and is, in fact, playing guitar for us now. He did three of the songs including a super crazy one called Smiledyawnednodded. Si Blakelock did a couple of the remaining songs and did a great job. His kit sounds mint and his style really suited the songs we picked for him. Lee Fisher was given two songs that I thought would suit him well. I didn’t really know what to expect and he really blew me away with what he produced.

They didn’t have any say in the songwriting process really. Everything was written and arranged by me with guide drum tracks. Where they heard the opportunity to improve on what I’d written, they did that though. There are some things that only a drummer could know and so some of the details of what I wrote for the drums were made more practical and just better by all the drummers.

Aside from the players being scattered across the globe, what were some of the biggest challenges (and rewards) in recording ‘Stalker?’ How did you overcome them?

I think the biggest challenge was trying to keep things moving forwards. Everyone involved in this, which is a lot of people, is a busy musician in other areas of their career. They’re busy because they’re really very good! I don’t mind being the guy who just nags and nags people but I sort of ran out of creative ways to ask people to get their parts recorded and sent to me. I think everyone pretty much understood what I was trying to do and committed really strongly to it because it was just such a nuts project with so many great people on it. I’m massively impatient. Patience is probably the most important virtue in a process like this.

My favorite track on ‘Stalker’ is “Moscow Holiday.” Atmospheric and (to my novice mind) the most accessible. What is the story behind this song?

It’s a kind of sprawling song which touches on a lot of things. It’s basically about Francis Bacon, the artist. A lot of the album is about the contents of people’s minds. I think the contents of Francis Bacon’s mind are just so interesting. Deeply tortured and damaged in many ways but a highly intelligent and creative person who managed to express himself through his art in an incredibly profound and arresting way. The lyric A Black Umbrella, for example, references his painting called ‘Painting’.

Your musicianship is astounding. Guitars, vocals, drums, everything. What motivates you to keep everything at such a high level? How does it feel to know you are the motivation for others?

Well, I only did the guitars on the album so Reese did all that stuff. Arran McSporran did an unbelievably great job playing bass on the album as well. But I did write everything. I’ve been a professional musician for the last ten years and have made my living by making sure that things I write and play are just so. I’ve done large orchestral arrangements where I’ve performed as a classical solo guitarist in most of the UK’s major concert halls. I also had a drummer friend and we would practice tirelessly. We’d practice all sorts of complex things and be really brutally critical of each other so I had a long time of really digging in refining my guitar playing across a lot of different styles, mainly jazz.

I think the vision is mine but it’s now shared by the other guys in the band. I just make it very clear to them that while this might not be the highest-earning project they’ve ever been involved with, I will slog my guts out to make tours happen, produce new material, promote everything we do and everyone involved. For me, there’s just no point in doing this project if it’s ever going to become tame or if we ever start writing stuff for other people’s tastes.

It’s hard, crazy music that requires some attention to really get into.

I think the other guys feel the same and there’s a ‘no compromise’ approach to everything.

A well-known Prog musician jokingly said, “the strangest time signature we play in is 4/4.” Ever thought of throwing your fans a curveball and record a simple I, IV, V number?

Haha. No. I should mention that this music isn’t full of time signatures just to make it crazy. The ideas come out of me just improvising on the guitar. If I come across something I like then it gets committed to a song. I then have to work out what I actually wrote. I’m creating all the click tracks for the tour and it’s actually interesting to see what I did write. Everyone probably has different ideas of where the bar lines are as well so that’s going to be interesting.

To say Utopia is a departure from John’s “regular” job is the understatement of the year. How did your affiliation with Jones and Watson come about? I wonder what they think of Utopia.

I got a call about 7 years ago from a friend’s brother who was Russell’s production manager at the time. Russell did a duet album with Aled which we ended up touring and the Aled asked me to do some guitars for him as well. I’ve known Russell for all that time now and we’ve done hundreds and hundreds of shows, tv appearances, and radio stuff together in that time. I’ve also met lots of incredible musicians along the way. I ended up working on Sting’s ‘The Last Ship’ for a while which was great and have picked up loads of other bits of work along the way. I’m currently writing some film music with composer Mike Moran, who also featured on the Utopia album.

John, I have seen you play Bach’s “Gigue and Double.” Truly mesmerizing. Who are some of your classical influences? Metal influences? What is the common thread between them, if any?

Bach is really central to everything for me. The composition is just stunning. I love playing his music for lots of reasons. Technical skill is one thing but the concentration is probably the main thing that gets tested. It’s just relentless and you have really worked hard to not fall off it.

I also love Mahler and Prokofiev. Prokofiev’s Russian Overture was actually a big influence on ‘It’s Not The End’. He had this incredible way of layering things up that is really noticeable at the end of the Russian Overture. It’s really worth checking that out than listening to the middle section of Its Not The End.

Metal influences are Dillinger Escape Plan of course but also early Deftones (Adrenaline era), Discordance Axis, Uphill Battle, Meshuggah, Faith No More. Also loads of jazz but also pop music as well. I love Paul Simon. There’s something at the heart of all this music that is universal. It’s like a real commitment to making something beautiful, regardless of genre. I really hear and see that same thing in everything from Sinatra to Agoraphobic Nosebleed, Jackson Pollock to Titian, James Joyce to Cervantes, and the list goes on.

Any plans to take Utopia on the road? Would you have the same players on stage as you do on the album? I can’t imagine anyone else recreating ‘Stalker’ otherwise.

Yes, I’ve booked a tour for Feb 22 which I’m going to announce very soon. We have an incredible lineup that consists of a Reese vox, Me guitar, Si King guitar, Arran McSporran, and a mystery drummer. He’s only a mystery because he’s only 90% confirmed. He’s learning the stuff right now but wants me to go a watch him play before we commit!

Thanks! The only parting words would be that if you like this album, you’ll love the next album. I’ve got the bones of 7 tracks for it which will get steadily refined and added to over the next few months. 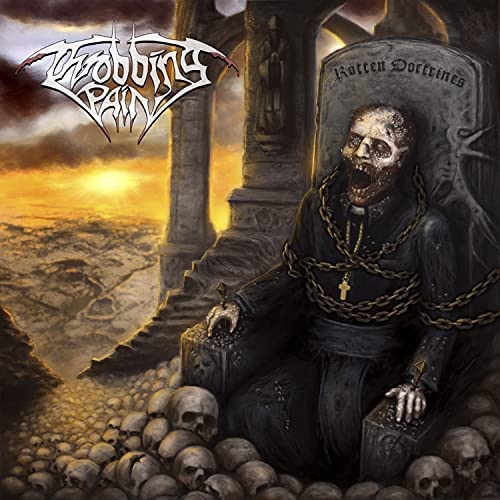