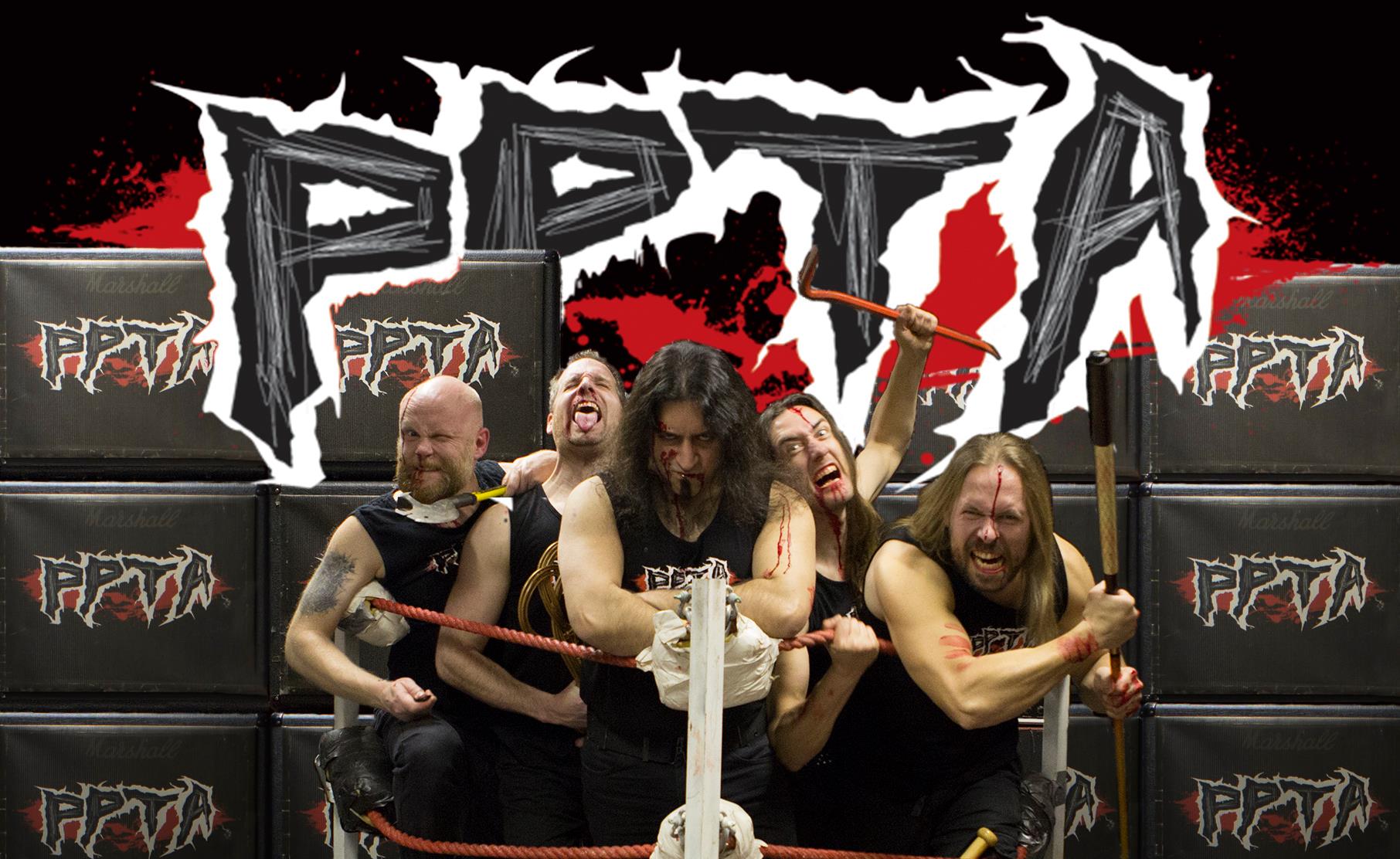 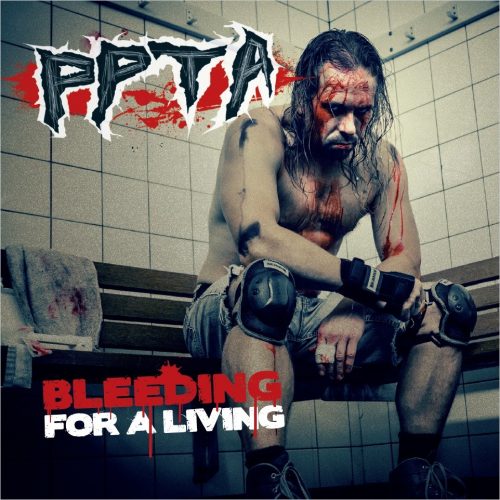 A wrestling-themed Bay area style Thrash. Just the other day I remarked, what the world needs is a wrestling-themed Metal band. Okay, I am being snarky and a tad unprofessional, but somehow, I don’t think the guys in PPTA are looking for comparisons to the Big 4 either. With titles like “Cross Armed Pile Driver” and “Atomic Drop” and (sorry) inane lyrics, it is difficult to take this too seriously.  But on the musical side… a lot is going on and even more, potential to be mined.

‘Bleeding’ features blazing speed and finesse, mastering every nuance of Slayer’s ‘Haunting the Chapel’ and similar albums, but somehow, they haven’t taken time to expand beyond that. Too bad, because I hear a lot of promise. The synergy within the band is palpable. Great riffs, imaginative solos, and a solid rhythm section provide the foundation for the vocal stylings of Mad Dog Parcel. His vocals are well…what can I say? Earnest? Yes, earnest. Let’s go with that. Not that I can do better, mind you.  Regarding the other band members, however…immense talent here. I hope the band as a whole expands and expounds. I don’t expect PPTA to be a household name, but I don’t expect them to be “counted out” either. 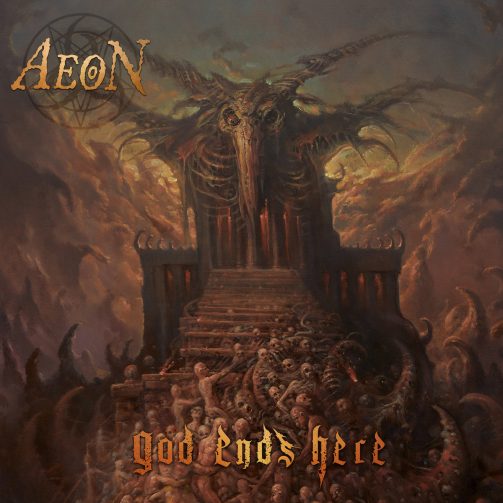