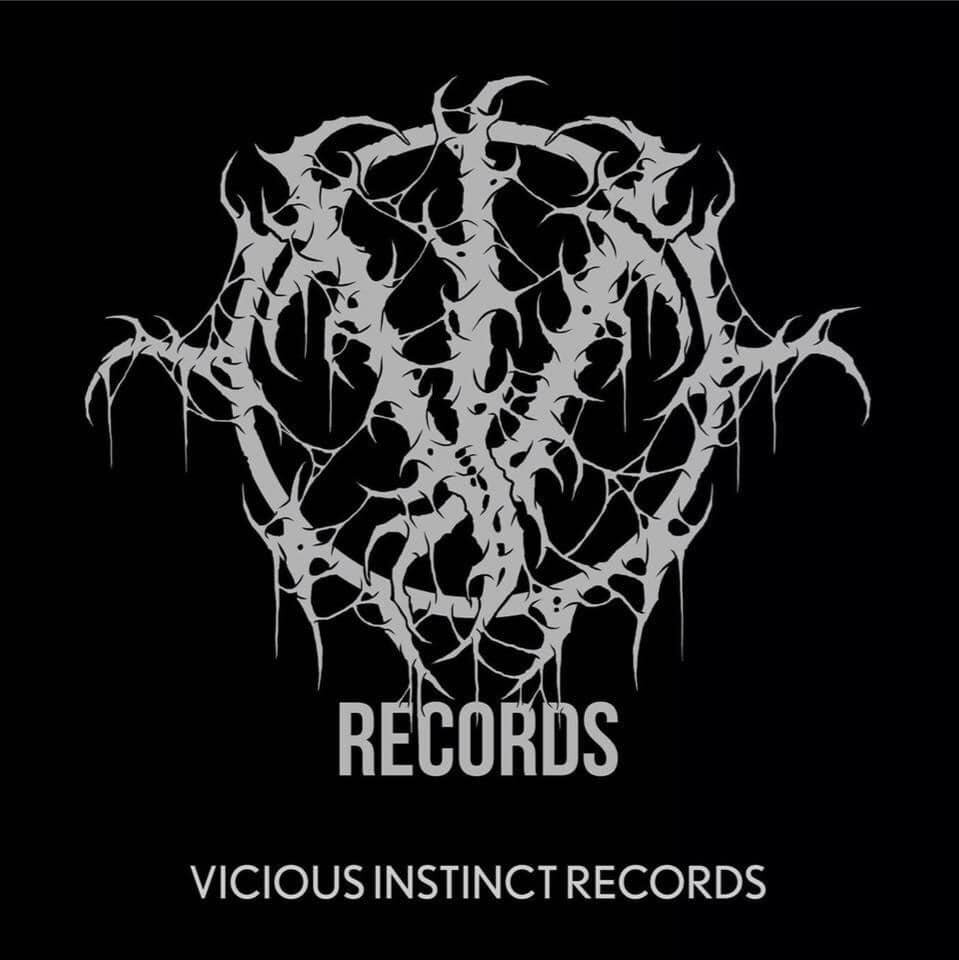 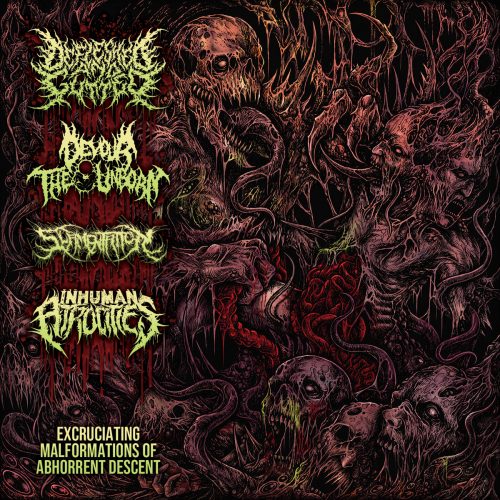 Excruciating Malformations of Abhorrent Descent is the recent split release from label, Vicious Instinct Records, this hydra that dwells in a putrid waste of filth and the fetid squalor of humanity’s mind, comprises of four (4) distinct heads, Defleshed and Gutted, Devour the Unborn, Slamentation and Inhuman Atrocities. Each beast bringing a distinct approach to the genre of Brutal Death Metal, but not so much as to make this release seem like a stagnant cesspool. In sixteen (16) tracks total (four tracks per band), each band brings with them their own personal brand showcasing to the listener that there exists many ways in which torture can be inflicted.

The vile stench that drapes this split is dispelled by the first band, Defleshed and Gutted, whose fluids that mixes into this release secretes a vibe akin to Slam Death Metal with pulverizing blast beats, a barrage of snare filled attacks coupled with varied styles of riffing. On paper, it may read like an ordinary Slam band, but to ears, a different beast is heard as Defleshed and Gutted don’t rely on sheer intensity and rage, even though the walls of the abattoir is stained with their hate filled DNA, what makes the song structure stands out is the injection of short intervals of grooves into each track. While the patterns aren’t heavily ‘groovy’ they break up the mixture so that the concoction can be easily digested. A common pattern that is used in their musical architecture that serves as a highlight, is the way the magnitude of the vehemence is steered, instead of a linear pattern, it climbs to a crescendo, where it reaches its climax and erupts in an earth-shattering demeanour. Like a butcher’s knife perforating the chest with gaping wounds, every strike is done in a pulsating manner, leaving a pool of crimson upon flesh, until insanity reaches its peak and detruncation takes over, where a red chord separates head from neck. ‘Baptized in Bile’, is a track which brings the following description to life, with the metallic scrapping chords and raw tone ejected from the snare and kick drums playing haphazardly. The vox that reeks an air of decay upon these tracks exudes the image of rotten innards being regurgitated in a pool of blackened pus as bile eats away at the stomach, In other words, it’s freaking good and does service to the musical instrumentation.

The pungent scent of putrefaction that clings to the cadaver is discharged by the next band, Devour the Unborn. While still keeping with the vein of the standard Slam Death formula, what sets aside Devour the Unborn from the herd is the utilization of meaty, chunky riffs, like choice cuts of flesh carved from the thigh of a severed leg, so too does the riffs hold weight and much needed substance to them. However the density of the guitars does not detach from the overall brutality of the song structure, on the contrary, it interjects a feeling of malaise with its gut-wrenching slow chugs followed by the rapid, schizophrenic drumming and snares. ‘Machete to the neck’ is a track which employs the duality of the slow chugging but with the fusion of an aggressive percussion inserted into the song structure. The vocals which is enough to inflict carrion can be described as a bellowing sound trapped within the diaphragm and is expelled in short bursts along with mucus and blood that shreds the inner lining of the throat when the voice is produced. The vox has a ‘chamber-echo vibe’ to it, since it resonates within a low register, low enough to even match the tone of the guitars at times, very sludgy and thick, like an abscess slowly forming with yellow liquid of high viscosity, so too does the aura of Devour the Unborn feel with every note expelled.

Slamentation is the next band that takes part in this slaughter, and…..well, do you really need a description of the genre they play?? Come on…its obvious its Progressive Metal…..Moving on from that poor attempt of humor, a distinct trait that one will notice with their four (4) tracks is that all musical aspects are merged into a singular wall of sound. Like an autopsy being performed on a body riddled with fresh lacerations, to the eye, it may seem like a mass of dead flesh, but if one were to place their fingers into the wounds, they would observe and feel the different impact and depth of each incision, the emotions that were poured into each gash, so too does Slamenation mold their musical prowess in order to create a living, throbbing organism. The highlight of these songs showcases themselves in the variety of hammering riffs and pinch harmonics used together with the thunderous and frenetic drumming that exudes the vibe of a machine press being constantly brought down on a skull, spewing forth tissue, flesh and bone muddied of fluids. Listen to ‘Kellergrab’ which implements that maelstrom of noise, but still unique to discern each sound produced. The vocals which slither inside the walls feel like parasite that has burrowed within the stomach, slowly feeding, slowing forming, until it snakes its way through a cluster of organs and through the larynx where it erupts with a low gurgling sound that is heard on Slamenation’s portion.

Inhuman Atrocities bring with them an offering of Slamming Deathcore tinged with Beatdown (think of bands like Paleface with small pieces of Bodysnatcher). The instrumental aspect brought forth is quite impressive as the guitars and drums are mixed well to expel that rage-fuelled aura presented by the concrete slamming riffs and mechanized drum patterns. The breakdowns that are scattered throughout the songs add a unique twist to the ferocity that is erected by the song structure. A highlight towards the split as well as the band is the atmosphere that is woven, while the other bands before displayed a spirit which is enough to turn living flesh into a mass of purulent waste, Inhuman Atrocities intensity feels as though it comes from within, pure carnal, unbridled aggression that is erupted forth by the vocals. The track, ‘Dimensions of Torture’ unleashes the wrath of the vox described, as the delivery feels like a snarling, rabid beast, with hunger clinging to its stomach as its ready to pounce and devour.

Just like a body which flesh is made to be anatomized, where the meat is stripped from the gristle to be slowly consumed, so can the following split be dissected to be appreciated for its merits, for each organ that resides within this beast brings much value and diversification to be relished. I would recommend this to anyone who is interested in exploring the depths of Brutal Death Metal as this offers fine quality wrapped into one package, for those who are already acquainted with the genre this would definitely satisfy the appetite but at the same time, leave a lingering taste from each band, making you crave more of these delicacies. 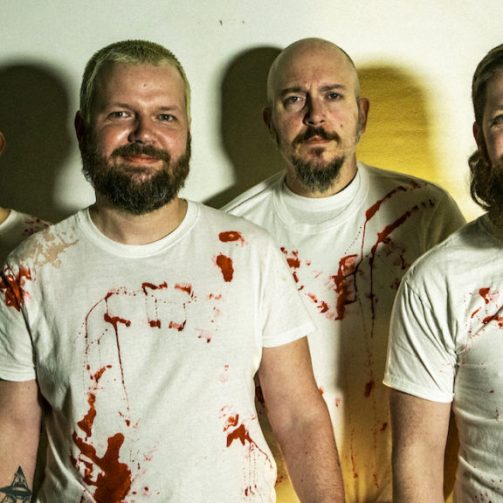