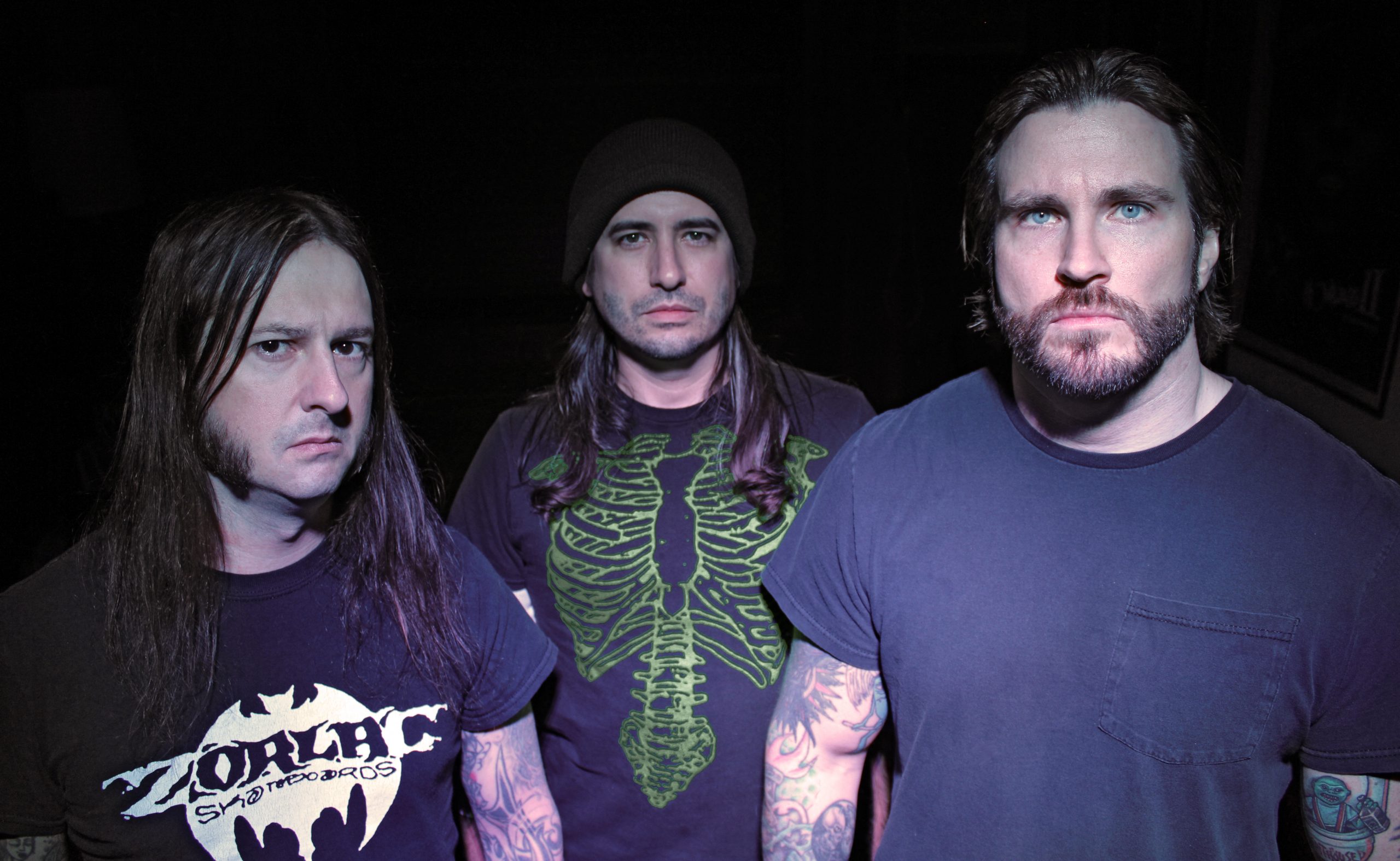 The Blackened Sludge mongers, The Lion’s Daughter recently unveiled their 4th full length album, ‘Skin Show’ on ‘Season of Mist’ and personally it has become one of my favorite releases of the year. If you are in search of an album that has an underlying primal substance towards it while being cocooned in an array of ambient noises, then this may satisfy that need. It’s an album that contains many layers with every listen as it morphs and takes a different shape as you become familiar with every note produced, in other words, the album in a sense becomes an experience. I recently had the privilege to enquire about the journey taken towards the conception of the album, I do hope you, the reader, enjoys the conversation ahead.

Welcome to the Metal Digest and thank you for giving me the opportunity to conduct this interview! Going back to the first full length album, ‘Shame on Us All’ (2011) I observed that the same tone and atmosphere albeit slightly tweaked was carried across to ‘Existence of Horror’ (2016), however ‘The Future Cult’ (2018) begin that experimentation phase with the injection of the synths. Would you mind elaborating on the musical shift throughout the years and what along the journey influenced you (whether it be past or present) to transfigure the musical aura of The Lion’s Daughter into what is showcased now?

The music has shifted and grown because that’s what life does. We’ve changed as people over the years and I think the music reflects that. Also doing the same thing over and over is boring. I’ll also admit I’ve lost interest in the whole black/doom/sludge thing as the years have passed. I feel like I’ve explored every possible path in those somewhat narrow-minded genres. Plus, many other bands already do it and do it much better than we ever could. Let’s experiment and see if we can find our own unique voice in this world of music.

One of the highlights for me as a listener of the most recent release, ‘Skin Show’ was how seamless the synths were integrated into the overall song structure, for example, the ominous tone that rings in ‘Neon Teeth’ molds the song rather well I may add. Would you care to describe the process of the synth creation on this album? Did it come after the songs were written and realized, or was it an element that you knew was going to be an integral part?

The synths are never an afterthought. I wouldn’t even know how to do that, and it doesn’t sound like much fun… trying to force in a synth part where it doesn’t belong. A song like Neon Teeth is usually written around the synth line. Like here’s this cool synth part, what kinds of guitars complement it? What kind of drumbeat drives it? Sometimes it just comes together super easily. That song was one of those cases. I think the whole thing was written in just over an hour.

Expanding upon the synth territory, are there any artist that you admire within that genre, and following up with that ,what was the creative process of crafting them ( the synth arrangements)for this album, were they ideas that were shelved in the past? Or were they a byproduct of the instrumental portion (strings and drums)?

There are many artists I admire. I obviously love Goblin and John Carpenter. I think modern stuff like Perturbator, Das Mortal, and The Chromatics is all great too. I really try not to think much about other artists when writing because it becomes too easy to steal ideas or come up with something that sounds contrived. I like to just work on instinct and sometimes I don’t even realize where the inspiration for an idea came until years after the song is completed.

And we never work with old, shelved ideas. Everything has to be fresh or it just isn’t exciting for us. If we shelved it in the past, why would it suddenly be good enough to make the cut now?

In regards to the conception of ‘Skin Show’ did the ideas come about during COVID or did it follow along thematically from ‘The Future Cult’? Also since we are on the page of COVID, how was the recording process during this time and how did it differ from the other albums?

The album was written both before and during covid. The pandemic had no impact on the album that I’m aware of. It made the recording process a little more “exclusive”, meaning no friends dropping by… so no interruptions. Which I consider a good thing.

I am sure longtime fans of your previous work would also see the new avenues ventured here with the more stylistic approach with the synth-arrangements, even though in my opinion it does not comprise the core ideality of your music (instead it further adds an extension to the atmosphere already conjured by your previous releases), did there exist any fear in how ‘Skin Show’ would be received? As sometimes even fans can be a tad bit harsh in accepting newer elements.

Naah, I know it sounds like just the cool thing to say, but we don’t care at all. We don’t worry about how anything we do will be received. If anything, we think it’s fun to push the boundaries and see if we can lose some of the more close-minded folks along the way. We don’t want those fools around anyway.

So the next two questions are ones that I am personally curious about, the vocal patterns used generally in ‘The Lion’s Daughter’ consists of the duality between the sludge-like vocals and black-metal tinged vocals (well it sounds like that from my perspective), how did you all decide upon this approach at the band’s origin, was it a voice that came natural or were there certain bands that you were trying to emulate?

It all happened out of necessity. I’m not a vocalist and I never wanted to be one, but I wasn’t going to hire some jackass singer to come and ruin my band. What you’re hearing in TLD is seriously just the extent of what I’ve ever tried to do. Maybe the next album will explore some different vocals styles, but I don’t think I’m going to magically sound like anyone other than my own stupid self anytime soon. Luckily Scott came in and started helping with vocals, and I like his voice much more than my own. He has a very black metal feel to his vocals, but I think it’s because he’s a disgusting, hateful asshole!

From my interpretation of the album’s theme as well as lyrical content, it seems to revolve around the contrast with the pleasure and sin of flesh wrapped in a noir aesthetic with the electronic noises, especially where the music videos are involved. I know everyone’s perception may differ, but I wanted to know what was the overall theme and lyrical inspiration behind the album’s creation, what was the motivation to sculpt the songs with this approach in mind?

If that’s your interpretation, then that is the correct one. I’d rather the listener use a bit of their imaginations and find their own meaning in it. Explaining album themes and/or lyrics is also the worst. This is why we make art… to try and communicate the things we can’t really say with words! I’ll just say that the lyrics and themes are what the music demanded. It’s not even really a choice.

In sticking with the aesthetic of the album, on ‘The Future Cult’ you utilized an artistic piece for the album art by Belgian art duo, Mothmeister, if I am not mistaken, the artwork of ‘Skin Show’ also is from the same duo? What exactly influenced the choice behind the art as well as the central figure cloaked in white with the rosemary beads in laid upon the mouth? Also, it could be a coincidence, but is the figure an unofficial mascot of ‘The Lion’s Daughter’? As it looks like an evolution of the same character with the bondage mask on the previous album.

Yes, Mothmeister did both album artworks. We keep working with them because they are amazing. The figure isn’t the official mascot of the band. Our official mascot is the Chet monster from Weird Science. I’m 100% serious. We just keep it a secret within the band.

Due to COVID, you resorted into putting out a few live streams (one of them being my personal favorite which was the KNOTFEST TWITCH Stream), I recently observed that you even produced a Blu-Ray based upon your ‘Hell Night’ show, and is there any plans in the work to put out a live cd? I found the live, raw elements added another layer to the ‘Skin Show’ tracks that I never knew could have been possible in the first place.

Naah no plans on a live CD… with few exceptions, I personally hate live albums. Cool here’s all the songs I like but played and sang more sloppy and not sounding as good? Naah.

A question as a music fan I generally like to hear answered from artists is the music they listen to when they are either on tour or not in the studio, I find it gives a different perspective to the creator as well as the music they create… That being said, I’ll like to know the same from you. So..what have you been listening to lately or even reading? Are there any recommendations you would give?

Man, I’ve been listening to a ton of Cobra Man (accurately self-described as “Los Angeles Power Disco”), a lot of ZZ Top and Ramones, and I’ve been digging through the Jackson 5 catalog lately for some reason. I’ve also been jamming that new Helloween pretty hard. I’m currently reading The Road by Cormac McCarthy and gotta say it is goddamn incredible.

In ending with this interview, I just want to thank YOU for giving me the opportunity to ask you these questions, as I had fun on my end composing them. I’d leave the final words up to you, anything you want to tell the fans or newcomers to the band?

Not really, just thanks for your interest! 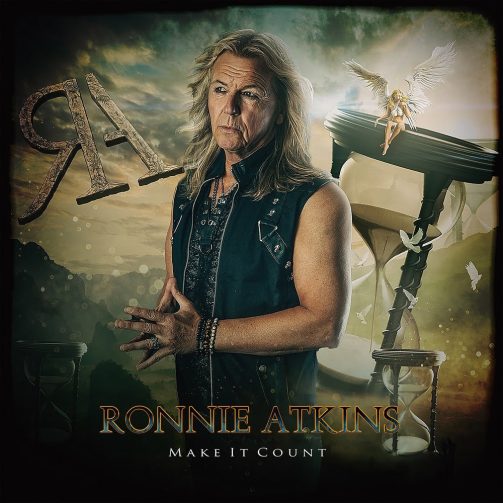