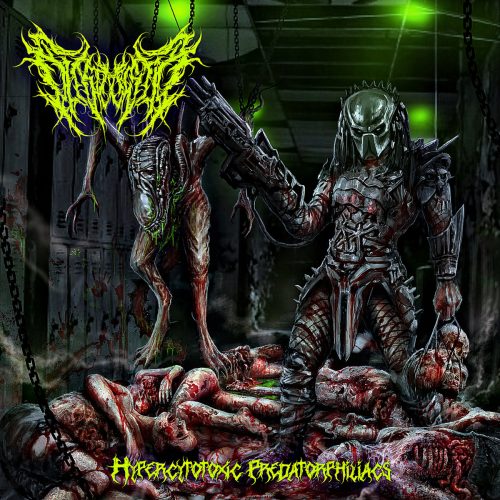 From the boiling cesspool of innards and human fluids emerges the creation of the album, ‘Hypercytotoxic  Predatorphiliacs’ by German Brutal Death Metal outfit, Blastocystia,formed in 2019 and released on Pathologically Explicit  Recordings. Just by the title and band name you can already come to the conclusion that your eardrums will be obliterated by a barrage of slamming chugs and artillery style drumming oozing with vocals that can leave the throat bloodied and shredded with bile and mucus. In summary this is a disgustingly fun album , that unwillingly adopts a ‘comic book’ aura, by that I mean it is an album made for a specific niche and it is very much self-aware of the dark-humor it secretes, just take a look at some of the song titles, ‘Decomposing Deadbeat Ogrefuck’, ‘Jane McAssface’, ‘Interstellar Murder Machine’  and the list goes on, it entertains the curious side to actually want to know, ‘How was this album conceived in the very first place?’ That being said, I could see this album being cast aside as just being that… slams with humor, even though it may hold some truth, there is more to be discerned from this album.

Now right away, all members are highly talented, and the instrumental side of this beast is rather strong and emits a boisterous vibration, instead of erecting a wall of noise that expands around the listener, a different approach is utilized whereby the riffing and drums weaves a web of sound that closes in , that feels constricting at times, with every scraping of the chord, the web is knitted tightly around you, this works as a positive, as the guitars and drums, while they can be dissected separately, the sounds feel conjoined but not perfectly integrated, and this flaw, acts as a highlight to the visceral nature. That wall of sound that collapse upon the listener feels like skin soaked in filth that wraps itself around you, in which you can almost taste its pungent stench. This is created by the thick riffs and drum tones sewn together haphazardly like trying to stitch an already infected wound seeping pus, in the end, the broken flesh is now closed and rotten, but the scent of gangrene still clings to it, so to does the amalgamation of the drums and guitars feel.

The guitars discharges a rather muscle bound, chunky tone that takes the form of chugging in different sections of each track crafting that slamming effect together with the drums which is mixed to accentuate the frantic atmosphere. The drums paint the illusion of a face being curb stomped repeatedly and violently with every blow, merging broken teeth and flesh into concrete while cartilage and tissue sticks to the heel of a boot. The vocals are rather varied as they take on multiple tongues which feel like a alien entity has possessed one’s body, contorting and burrowing its tentacles into the host’s mind while using its flesh to deliver its message. The vocal styles range from low, deep gutturals to squeals and even gurgling noises that sounds like asphyxiation is setting in while one tastes their own stomach acid coursing through their throat.

All the ingredients mentioned above is what makes the album enjoyable, again, this is a release that is not meant for everyone, heck I can even see this being performed at the ‘Obscene Extreme’ festival. The only negative I would have with the release is with the first half of the album while not all the songs, the chugging pattern used feels monotonous at  times, and its not the musical prowess, rather I believe its simply the structure, for instance, ‘Pulsarian Torturechamber’ is a song even though it contains that sedge hammer chugging patterns, it utilizes short bursts of grooves to break up the structure which makes it more digestible.

Overall if you are a fan of Brutal Death Metal or one who is keen to explore the genre, go ahead and check this one out, again, it may not be for everyone but it may be for you. Like I said before, its a fun album, that is self-aware of the scenario it conjures, it plays towards the strengths of the genre and does so well, while not a perfect album, there is much potential to be witnessed. For a band’s second album, I admire the work ethic put forth and look forward to future releases.

it's not perfect, but it does play towards its strengths
70 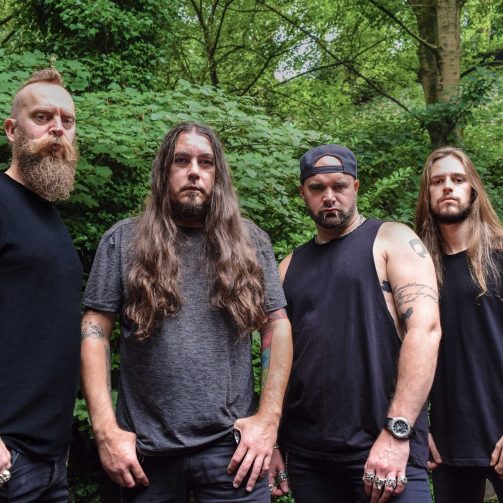