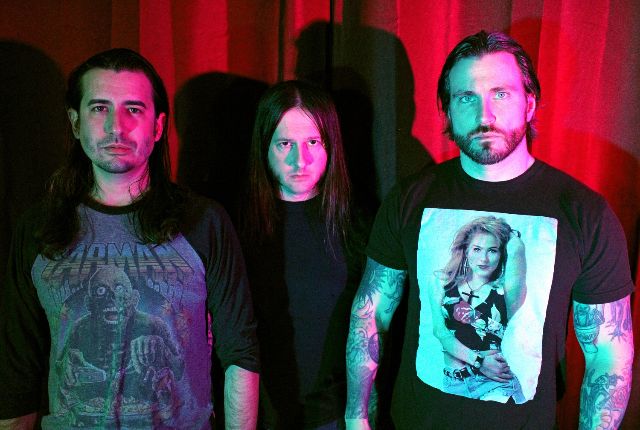 St. Louis horror metal trio THE LION’S DAUGHTER will be performing a concert stream via Knotfest.com’s official Twitch Channel on Friday, August 20 @ 5:00 P.M. PDT/8:00 P.M. EDT! You can watch the stream at THIS LOCATION.
The band is supporting their latest release, ‘Skin Show,’ which is out now!

‘Skin Show’ can be streamed, downloaded, and ordered HERE.

Skin Show could serve as the soundtrack to Times Square in the 1970s – the epicenter of sin and salacious misdeeds; a haven for sex, drugs, and crime beneath the inviting glow of neon signs from sleazy adult video stores; a place one would not dare walk alone after midnight unless tempted by devil himself. It’s deviant, raw, nasty, disturbing, and yet, the most lively, evolved, and polished version of the trio yet.

For the first part of its career, The Lion’s Daughter was deeply rooted in blackened sludge metal. However, when it came time for album number three, the St. Louis trio abandoned all tradition and traversed into new territory through bold experimentations with Future Cult, a synth-laden metal record that could easily serve as the score to a Dario Argento film. Now, the band picks up where it left off, once again delivering an opus that cannot be labeled or defined. “The synths were always something that I heard in my head, but just couldn’t figure out the logistics,” explains frontman Rick Giordano regarding the distinct directional change. “I also had to completely stop giving a fuck about how anyone might react to them. Most of the synths on Future Cult are very aggressive and rooted in horror, which I think was a safe way to use them. For this record, I wanted to stop playing it safe. I wanted to use more natural synth sounds and let things take on soft and somber tones at times, rather than just screaming alongside the guitars at all times. There was a lot of experimenting to see what other roles the synths could play in the music and what shapes they could create. I think we spent our early years as a band just trying to figure out who we were, and on Future Cult, the answer became clear to us. Instead of changing that formula, we chose to expand on it and see where else it could lead.”

While Skin Show is rife with the trepidation of eerie synths and a cinematic atmosphere much like its former, it is not a replica, nor does it follow the same formulaic approach. Future Cult delivered darkness in excess – heavy, unnerving, and unmistakably inspired by vintage horror and sci-fi movie scores. In contrast, Skin Show is its brighter counterpart, capturing an essence that, on the surface, might seem tamer and more palatable in comparison. However, the album still dwells deep in deviance. Each passage, no matter how glossy, is offset with belligerent vocals and lyrics that detail sexual violence, shame, abuse, desperation, and paranoia. It’s the type of record that can easily garner coveted radio airplay, and yet, it can also serve as the background playlist for a BDSM orgy in an illegal dungeon or abandoned warehouse. “This was our attempt at a straight-forward pop record,” says Giordano. “It, of course, all still came out fucked because it’s us creating it. But I tried to imagine our band playing a giant arena and what that would sound like. I wanted to strip away some of the chaos and just write stronger songs. I didn’t want the band to mellow out, but I did want to see if we could mature a bit. If the previous album was an intense sci-fi slasher, this one would be closer to a Hitchcock or DePalma film.”

Make no mistake, while there is a blatant antithesis between the band’s two personalities, the duality is a major part of Skin Show’s identity. Reflected not only in the music, but also through the ominous and unsettling artwork created by Mothmeister. When asked about the collaboration, Giordano says, “We worked with Mothmeister again for the album art and used a similar approach as we did with the music. Things are stripped down, more direct, more focused. There’s a sense of fear, isolation, and madness that very much correlates with the music. The character on the outside is in white and surrounded in light, while the character on the inside is in black surrounded by darkness. But it’s ultimately two sides of the same character. I think that’s a good representation of the themes within the album, dark things within people that they may want to keep hidden.”

The Lion’s Daughter may elude all characterization, fitting in all boxes while also fitting in none at all, but one thing is for certain, the genuine artistry behind Skin Show is forthright and undeniable. Whether it be a poppy opus like the title track or the haunting and sludgy vibes of “The Chemist,” all ten tracks are guaranteed to be bangers, holding the listener at knifepoint and demanding their attention with each and every note. 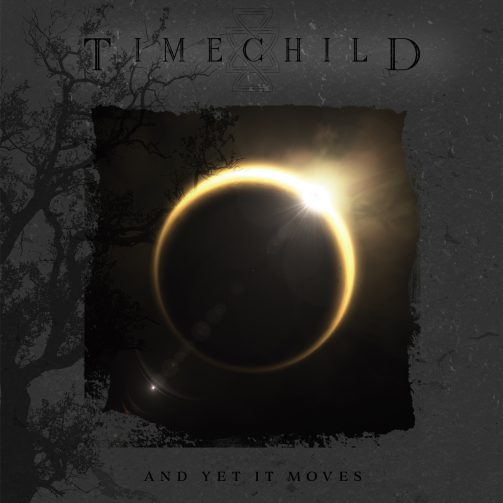 Timechild – ‘And Yet It Moves’