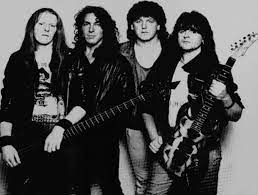 Band: Talion (hailing from the UK)

For Fans Of: Metal that is furiously ri” laden, shred heavy and is hard not to like

Back in the early ’80s, older metal heads may remember a band called Trojan from the UK, they’ll be remembered best and are already celebrated on YouTube as in 1985 they released what some consider as a classic for its time. Their debut and only album after signing to Roadrunner Records is entitled ‘Chasing the Storm.’ Hailed by many as a speed metal gem. They toured the Netherlands but shortly after the album’s release left the label. However ex-Trojan guitarist Pete Wadeson and vocalist Graeme Wyatt soldiered on to team up with a powerhouse of a rhythm section consisting of Phil ‘Gav’ Gavin on bass and Johnny Lee Jackson on drums to emerge back onto the metal scene as Talion – a band with a more power/thrash metal attack than even what they were previously known and praised for as Trojan. Some will remember they once again made quite an impact due to their debut album ‘Killing the World’ released by Major Records/Peaceville Records which received rave reviews in the major metal magazines and fanzines at the time – even becoming voted album of the month in Metal Hammer (UK) upon the time of its release in 1989. The band toured far and wide even reaching audiences in Eastern Europe with appearances at festivals in Czechoslovakia and Bulgar5ia. They can rightly be proud to say they were the ?rst UK metal band to play in Czechoslovakia – a country that at the time was just coming out of the grip of communist control to later be known and divided into two separate countries now known as the Czech Republic and Slovakia. For those who missed bands First time around, many will be pleased to hear those two mighty albums are to be reissued by Sonic Age Records/Cult Metal Classics later this year. Both will include previously unreleased studio tracks and even extra bonus discs that include live performances. Fans will be pleased to note they will also have lyric sheets and detailed booklets plus previously unseen band photos. Check out the band on YouTube as there is a lot of material already free to find and already the band has lyric videos for the title tracks from both their eponymous and epic debut releases previously mentioned. If that was not exciting enough, Pete Wadeson is proud to announce4 he will also have a guitar instrumental album released around the time of the others. Exciting times indeed especially as the band has already been picked to play the highly respected Keep It True Festival in Germany early next year.

It has been quite a while, but we are coming back with some fast and furious metal with a style that will amaze and impress fans of old and new alike. We are hoping to be able to announce more festival appearances throughout 2022 and beyond plus a very long overdue second studio release… 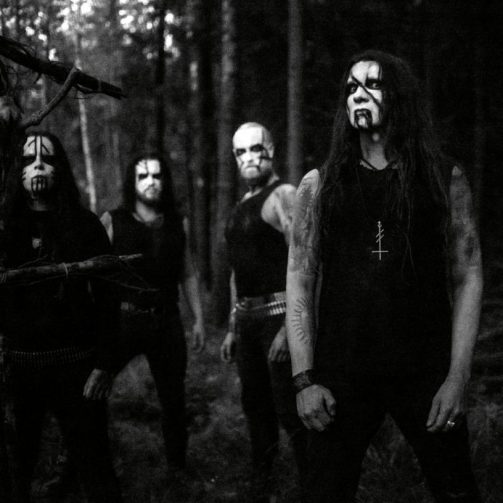