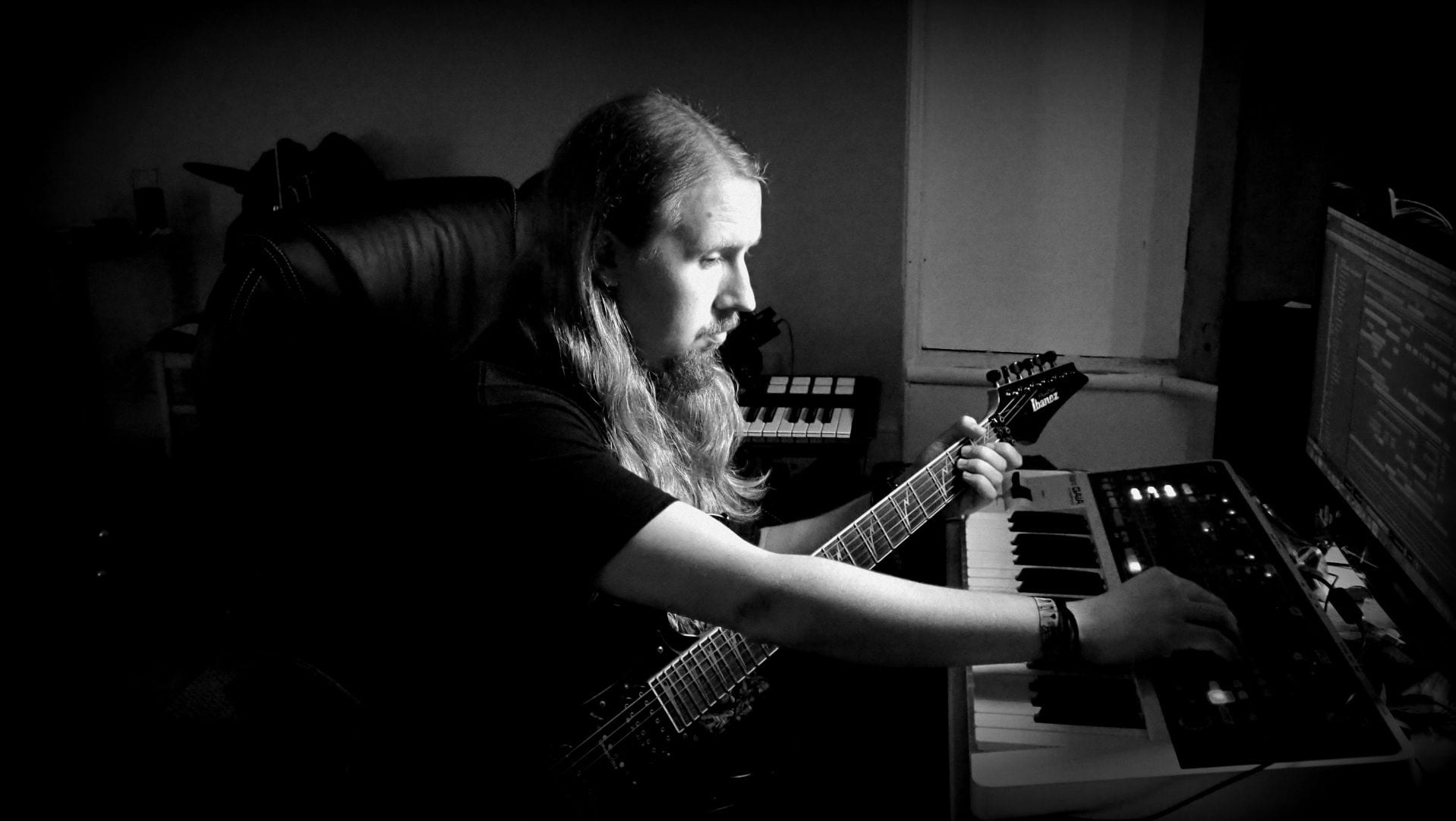 Epoch Of Chirality is a unique sci-fi enthused progressive metal solo project based in the UK, masterminded by multi-instrumentalist, composer & producer Richard How.
After the successful independent release of his debut album ‘Nucleosynthesis’ Epoch Of Chirality has certainly earned some celebrations.

Metal Digest had a chat with Epoch Of Chirality about ‘Nucleosynthesis’, Wordplay & Synthesisers.

Hello, Epoch Of Chirality! Very happy to have you with us, first off congratulations on releasing the new album ‘Nucleosynthesis’! How is everything going with you?

Hi! It’s going great! Firstly, I can finally rest after 2.5 years of work on the album. Secondly and most importantly, the music is out there for everyone, and people seem to really dig it! Great for the ego when people tell you things don’t suck haha.

The names you’ve chosen for your art are fantastic, is wordplay consistently a part of your life?

Yeah, fortunately,/unfortunately so. I’m too geeky for my own good sometimes! This time it’s bitten me in the ass. Who would have thought that people might try to pronounce ‘Epoch of Chirality’ out loud?? Chirality has several meanings for me though – its origins are scientific, but I really like the themes of dark/light, good/evil, and also the occult ideas of taking the Left Hand Path and forging your own way. That’s kind of what I’m doing with this album! Sounds kind of cool I think!

The album is an immense solo project years in the making, was this going to be a small project to start with, or was it planned to be an expansive album all along?

So, I have had some of the ideas and demos sitting around for the last 15-20 years, but it has been a very concerted effort to actually create the album itself over the past 2 years from all the individual parts. HOWEVER… When I started the album in earnest, I had no idea that it was going to become this beast! I think if I’d planned to create something of this intensity and magnitude from day one, I might have just switched to country-rock instead. And yet here we are!

‘Nucleosynthesis’ is your newly released album, were there any times it felt like it wasn’t going to work out? What got you through those tough times where it feels like the world is against you and your dream?

With regards to the challenges, it’s been a funny old time! What with the pandemic going on and having little option but to literally be a one-man band. There are certainly some advantages to making a solo album, but when you do get into an argument, it’s pretty difficult to win! I would say that the way I kept up the work rate and the attention to detail was basically to become absolutely addicted to it. On days where I set aside time to chill out and relax, I’d typically be back recording within a few hours! Good for mental health? Hmm… pass! I feel great now though!

Have you announced any plans to take ‘Nucleosynthesis’ live on tour?

I’d love to! But it’s very early days for the project, and being entirely independent, plus funding the album myself, it’s probably going to take a little while before I can start to think about a live performance. If anyone wants to lend me a band that is good enough, and someone else wants to lend me the budget and expertise to arrange a tour, you’re on! I am considering the possibility of getting some visuals made up though so it could be ‘screened’ somewhere. We’ll see!

How many synthesizers do you currently own & which is your most treasured synth?

Hmm so I might have to disappoint some hardcore synth-lovers here, but the majority of the album is recorded with soft synths! I have a Roland GAIA SH-01, but mainly used as a MIDI controller. It has nice feeling knobs and sliders! In terms of my favorites though (virtually), I used SO many plugins. Everything from the old Solina string machines and tape-based Mellotron, to Mini & Modular Moogs to the Fairchild CMI, Synclavier and DX7. Plus a host of cool modern ones. Basically, whatever made the sound I was after! Please forgive my software heresy!

Thank you for your time and answers! Is there anything else you would like to mention to our audience?

It’s been a pleasure! Thanks for your interest. I suppose I would just like to say that this interview may be slightly more interesting if you’ve actually listened to the album, so go visit epochofchirality.com and grab one of the cool-looking CDs, or stream it if that’s your thing. And THEN buy the CD haha. And also that I’m aiming to get some new music done towards the end of 2021, but I’m taking a little break first. Watch this space. 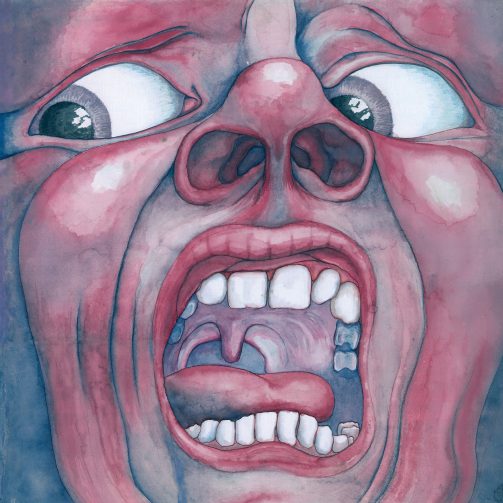 King Crimson – ‘In The Court Of The Crimson King’