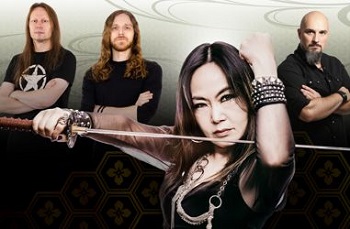 Saeko – ‘Holy Are We Alone’ 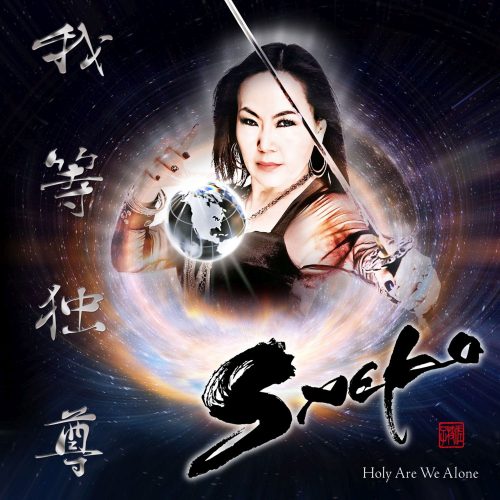 In the 21st Century, hyper-social mobility and globalisation means that it isn’t unusual for people to uproot and move great distances to form bands with like-minded people. This is what Saeko Kitamae achieved by moving from Japan to Germany to form heavy metal band Saeko. After two albums in the early to mid-2000’s, Saeko have returned with their third album ‘Holy We Are Alone’.

For this third effort, Kitamae has assembled a stellar group featuring Guido Benedetti of Trick or Treat on guitars, Alessandro Sala of Rhapsody of Fire on bass duties and Michael Ehré on drums known for his work with Primal Fear, Gamma Ray and The Unity. As one can assume, with these musicians on board, ‘Holy…’ takes a heavy metal base and extends it into one that encompasses large swathes of power metal. This naturally plays into the hands of Saeko who brings in fantastical elements of her native Japan with ethnic instrumentation flourishes and melodies that weave in and out of soaring European power metal overtones. ‘Holy…’ is an album which grows with each listen as track such as ‘Japan: In My Dream’, ‘Syria: Music My Love’ and ‘UK; Never Say Never’ have all the enjoyable melodic hooks of a band in their prime.

Kitamae shows that she has an amazing voice, it’s power metal, it’s got folk touches and it’s delivered through a pop sheen that makes this album massively accessible guaranteeing the songs will be hummed for days.

these songs will be hummed for days
80 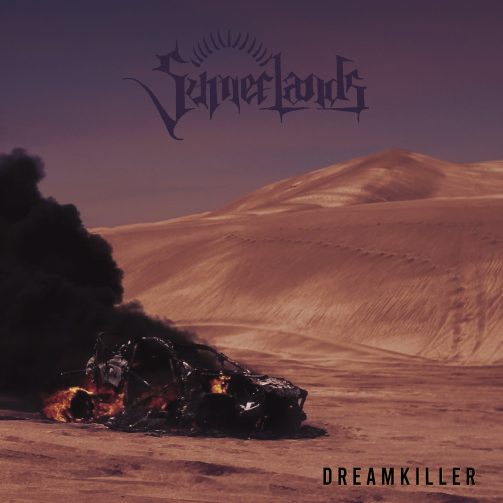