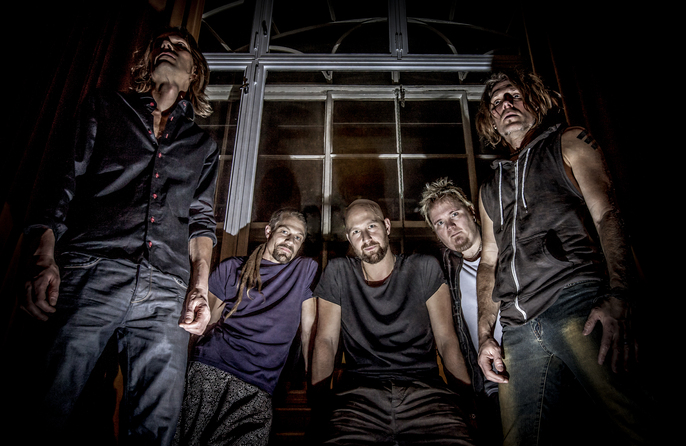 Astrakhan | Mixing genres and getting stopped by the police…

Astrakhan is the impressive proof of how to act across genres and to bring several worlds of rock music to one point. Incredible songwriting with melodies that don’t get out of your ear paired with classic 70’s prog elements, instrumental and vocally mastery on the highest level and a consciously earthy sound production, inspired by the classics and yet exceptionally fresh, make this band a true masterpiece for a wide range of rock/prog lovers.

Metal Digest had a chat with Per Schelander about fusing the old with the new, the classic with the contemporary, and life in Sweden.

How is life in your part of the world and what have you been working on lately? Any new and exciting projects?

Life is pretty good and the summer has been lovely here in Sweden! Since the release of A Slow Ride Towards Death, I’ve been mostly busy doing interviews and promotion for that album. Last month we also met each other for the first time in almost a year due to the pandemic. We recorded a” live in the studio” video for a Brazilian YouTube channel. You can of course see it on our YouTube channel as well. It was pretty cool to meet again and play music! We did three takes and kept the third one and we didn’t make any overdubs or editing – what you hear is just us playing live together. Leo Margarit (Pain of Salvation) took care of the audio mix and I edited the video – check it out! Right now I am recording bass for another artist’s upcoming album, probably released in early 2022. It’s more metal and it’s been fun playing a more Steve Harris style than I usually do. I also managed to include a bass solo where it was supposed to be a guitar solo 🙂

What do you think are your biggest strength as a band?

We have a unique sound and we aimed for that from the start. Astrakhan was not going to be compared to any other band. There will always be similarities and influences but we skipped a lot of songs/riffs that just sounded to plain. As a young musician, you want to sound like your idols, but for this band and at our age, we rather enhanced and embraced our own personalities. That goes from arrangements to production – you should be able to identify Astrakhan from the first chord.

Then we are of course experienced and very good musicians and we also have a singer/frontman of absolutely world-class.

I think you guys are insanely good at mixing mismatching elements and turning classic sounds into fresh and modern music with a hint of nostalgia. How do you achieve that?

Thank you! I guess that mismatching elements you mention is a part of how we have achieved a personal sound. I don’t know If I can answer that question…I only know that when I write songs for Astrakhan I always try to surprise me or find a new way to go, a path I haven’t walked before. Maybe it’s not a long detour but it has to be some kind of detour – but still sound very natural!

I have considered moving to Sweden several times, as I assume plenty of Scandiphiles. How is life in Sweden for a professional musician? Pros and cons?

Sweden is in many ways an inspirational country as a musician – we have a lot of good musicians and songwriters. It’s also a pretty small country so there’s not enough room for everybody :). Since we are a small country we are also very quick to pick up trends which in some ways have affected the live scene since live music from time to time is not considered hip. We are also a country of rules and regulations when it comes to alcohol, dancing, loud volumes, etc and that affects the live scene as well. I wish there could be more clubs to play in Sweden.

You’ve been on successful tours, with Jesus Christ Superstar being one of the highlights. What’s the best and the worst part of the tour life?

The tour with JCS was surely a highlight. We got to play very nice venues and we toured with our own production – both sound and visuals/projections. We had a good vibe in the band and crew and every night we received standing ovations. It was also a big thing to pull off as a fairly known band so personally, I think it was very rewarding as well. I can look back and say – we fucking did it! My worst experience from touring is a tour I did with House of Shakira. I think we did seven dates in Italy and every night was a disaster regarding the organization, promotion, and accommodation. On top of that, it was in November and freezing cold in clubs and hotels. We got stopped by the police on our way back from the club the first night because they thought we had drugs on the bus. We didn’t have any but the driver had hidden a bag in the bus…That was the first night and it was downhill from there. I can laugh at it now but during that week – everything was just awful.

Do you think the music that you listen to affects the way you feel/dress/behave?

I think music affects us in many different ways. It can enhance your feeling or make you feel something. I often listen to Rammstein when I’m at the gym because it makes me feel stronger and makes me want to really use my body.

That leads me to my final question: May we please have 5 clicks on your current playlist? Please share with us 5 random songs that came up on shuffle. 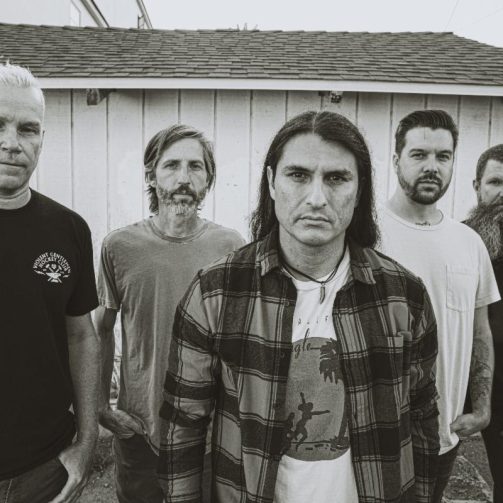