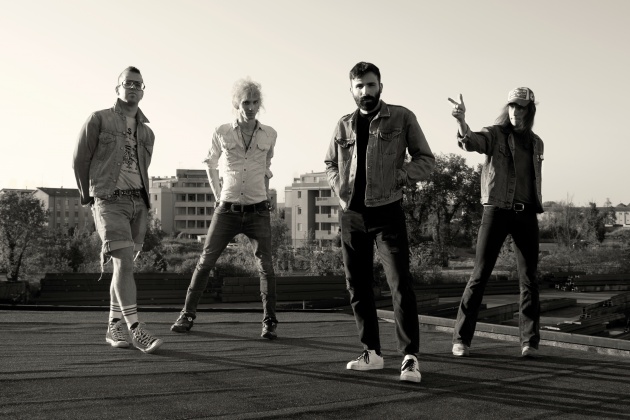 Questions on the Go: THE HORNETS

The coolest nights, you know, happen by chance. For THE HORNETS and the release of their first album, it was more or less like that. A band formed for fun, for leisure, to get out of the usual work routine, to give voice to some love failures, or to flip off a bad day, or simply to escape from other musical projects. Featuring nine tracks of pure and passionated Rock ‘n’ Roll energy, the band’s debut full-length record, titled “Heavier Than A Stone”, come out on July 16th via Go Down Records.

After the previously- released tracks “Female Creed” and “Superman (Nietzsche)“,  THE HORNETS unleashed a brand new music video for the track “Don’t Talk About Love”, which is the third & final single before the band’s debut album will be out!

Metal Digestgot to ask them a few questions on the go.

Well, we can describe the Band with only a few adjectives, it’s easier, and the “band-concept” is clearer:

Friendship, Classic-Rock-Sound, Italian; These are for us the main elements and the references of The Hornets.

Last work is our first album, called “Heavier Than A Stone”, out on the 16th of July: we’re so proud and excited because is a great goal, after about… 3 years, in which we worked very hard and with a lot of passion; We had perfectly clear ideas about the sound, the songs, the graphics shots, the videos, the singles… we’ve never done anything like this in our lives, neither with other bands. In this period we’re rehearsing for our upcoming shows, and finding some interesting situations where we can play our brand new songs.

Nothing special… but, most people should understand that rock music, and rock players aren’t only “sex, drug and party every night”: Rock music can explain almost every problem, all the simples things of every day… Rock music will not resolve all of your problems, but you can dance and scream with it! It would be nice that people who listen to our music, identify with our songs (and so with our everyday troubles), with a universal language: Rock and Roll!

Influences?? Simple: REAL life of every day… In our country (Italy), there’s a very very important artist, called Vasco Rossi… “Mr. Hai capito?” His songs tells us about simple concepts… But every people feels that!… We think this is a great influence for us, and our songs. And also Nick Royale, Backyard babies, Hellacopters, Imperial State Electric, Michael Monroe, Hanoi Rocks, Stones, and a lot of other Rock bands from the 70’s.

Mmmmm… strange question… But interesting at the same time: well… First of all, we think that “all the world is the same”, so, there isn’t the best place to flee away with the band… But, if we had to choose, probably in Northern Europe like Norway, Sweden… because a lot of bands played in that area in the last years… Then… probably in Japan! Because there is a deep cult of Rock and Roll music.

After the first time we play the song in front of a crowd, at the end of the performance, Steve screams “Yeaaah!!! Yess!! LIKE THIS!!! LIKE THIS!!!”, (with the sweaty body, clothes, and wet hair!) and if everybody is excited, and talking about the last performance, and… with a little smile on the face…  Then… This is the right song for us!

Probably in Teatro Ariston (Sanremo) when we had to stay only in the cameras area, and Steve jumped down Sanremo stage to hug everyone in the crowd!!! Crazy! We also had so much fun in the studio recording with our friend and producer Alessandro Tedesco, we were always laughing!!! and many many other… Too many funny moments in our story! So… “the funniest is yet to come!”

There are a lot of milestones… Now, probably is still play in our country and around the Europe, to introduce people to our first album “Heavier Than a Stone”… And maybe, one day in Northern-Europe or Japan! 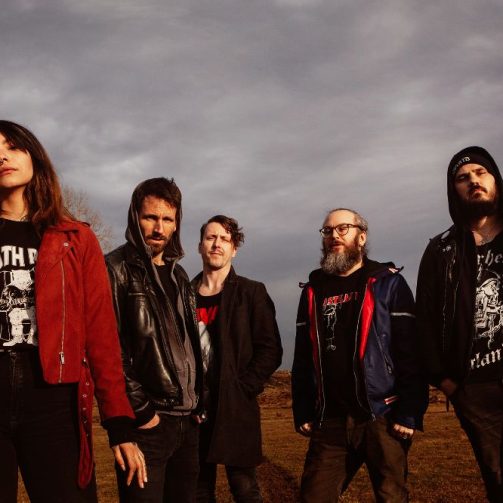 BESVÄRJELSEN premiere video from “Back in Black”