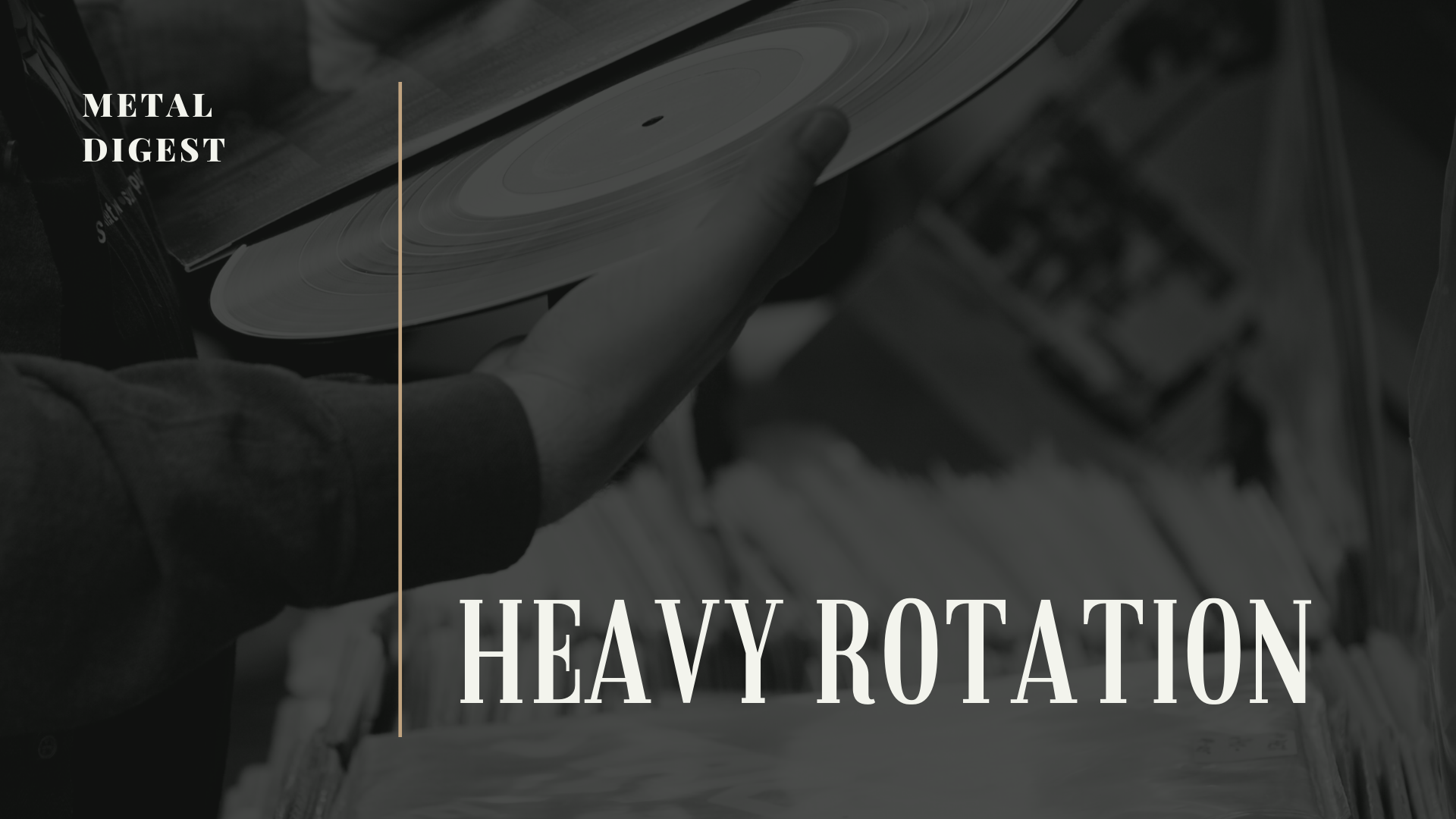 The UK thrashers get the ball rolling with their debut album ‘Disciples of Time’ and its everything that any fan of contemporary thrash metal could ever want.

Nocturno Culto and Fenriz have returned with their excellent new album ‘Eternal Hails…’. It may not hit the dizzying heights of some their releases, but ‘Eternal Hails…’ is still a brooding beast.

The Turkish death metallers do what they do best and that is deliver a brutal debut album that butchers its listeners and dissolves their remains in an acid bath.

This month has the Seattle death metal band delivering what is debatably one of the best death metal albums of the year and if you’re a fan of death metal, then get on ‘Congregation Plague’.

Dream Tröll are a band that have already delivered two nigh-on-perfect trad metal albums and therefore, ‘Realm of the Tormentör’ is no different. Crank it loud because these UK trad metallers are keeping it real.

These Canadians are fighting the good fight with their blend of heavy metal, hard rock and pop/rock that has the serious potential to get some serious attention and radio play.

The hard rock band return with another album of excellent melody and pop sensibilities that come with over 30-years experience.

Formed by Taylor Nordberg and Jeramie King following their departure from Massacre last year. What the listener gets is some top notch old-school death metal.

Argentine vocalist Inés Vera Ortiz teams up with Alessandro del Vecchio and Guillermo de Medio to deliver the album that Within Temptation should have been releasing for the last decade.

These Danes deliver black metal on their own terms; it’s rapid fire tremolo picking traded off against some beautiful ambient qualities that make Kold’s self-titled EP worth seeking out.

March in Arms – ‘Welcome to the Blitz’ (RFL Records)

With Jon Schaffer going from commenting on the West Wing and moving into D-Wing; ‘Pulse of the Daring’ gives you more than enough of that Iced Earth sound that you’ll be craving.

‘Visions of Trismegistos’ is simply one of the best blackened thrash albums of the year. No discussion. End of. Fan of the genre? Buy it.

With ‘Belladonna’, Nephila open a portal up to 1968 and bring all the psychedelia back through. It’s possible to trip without even taking anything just by listening to this album.

Aussie metallers return with their first album in over 30 years and it was worth the wait as they perfectly blend heavy, thrash and power metal together to create something decent.

Mexican thrashers get themselves off to a good start with this thrashing them.

The wolfpack is back! Powerwolf do what they do best and that is provide an album of anthemic power metal that will have you singing for days.

Anders Rönnblom brings old school style anthems to life through a contemporary lens that would really suit to be a stadium near you!

For a tiny stoner EP, ‘The Solar Age’ makes a lot of noise. This is proper stoner, the way it should be done.

This is old school progressive metal, no blending of genres, no djentisms, just balls to the wall late 80s style prog metal. Oh! And Steve DiGiorgio is in it too.

If you’re entering the world of Vandor, take this map because their latest release is a sprawling world of power metal worthy of any fantasy RPG.

These Louisianans take old school death metal and blend it together with modern Deathcore to show that although they worship their heroes, they’re blazing forward on their own path.