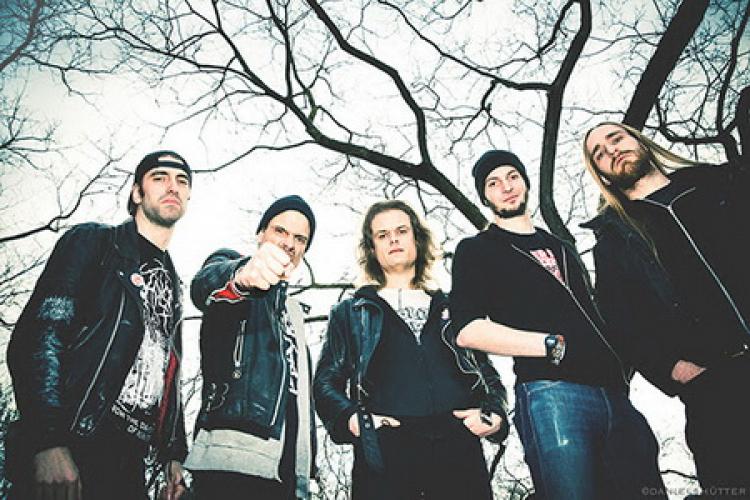 Space Chaser – ‘Give Us Life’ 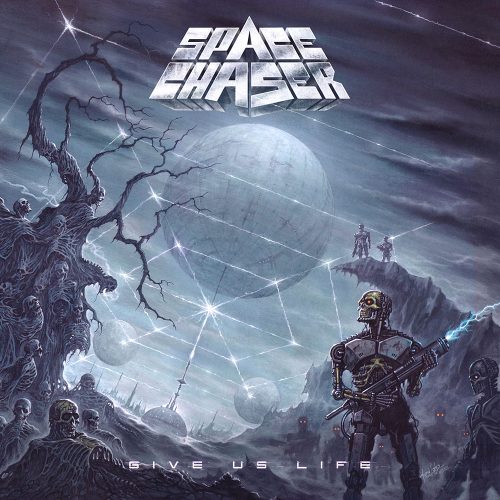 Sometimes, there is nothing better than a healthy slab of Thrash, indeed there is no substitute for it.

Space Chaser are quite possibly both the best Thrash band you’ve not heard of if you’re outside Germany, and your new favourite. With a skilled approach to song writing that calls heavy reference to the early days of the Thrash Scene, and sounds as disparate as Iron Maiden and Judas Priest mashed together in an unapologetically “Old” sound. The drums are mighty, the guitars scream and soar, the basslines pummel you into abject submission; and then the vocals. Oh my.

Siegfried Rudzynski is the link to the cross-genre sound that makes Space Chaser stand out from a plethora of sound-a-like Thrash bands. His clear diction, spectacular tonal leaps, and Dickinson-esque vocal histrionics add both a familiarity and an MSP that could easily be overplayed, contrived even, if it wasn’t for the undeniable fact that the songs themselves are fucking outstanding.

Album opener “Remnants of Technology” is a great introduction for those unfamiliar with the distinctive Space Chaser sound, and is like a warm “welcome home” to the fans who’ve been patiently waiting for a new album since 2016’s “Dead Sun Rising”; casually grabbing you by the scruff of the neck and throwing you into a raging pit.

There is almost no let-up on the relentless pace and energy, and when you hit the button to play the whole album again, and again, and again, you realise what the difference is; this is Thrash with a “smile on its face”. Not to say it’s light and breezy fun, this is still “bollocks on the grinder” heavy and serious, but you can tell they had fun writing and recording “Give Us Life”, and it shows.

Recorded at Berlin’s Hidden Planet Studio, with assistance on production this time from Jan Oberg (the band usually self-produce) “Give Us Life” is their first album for Metal Blade, and with the big name to promote them on the world stage, this could be the turning point towards world domination.

Polished, effortlessly heavy. Buy it and thank me later
80 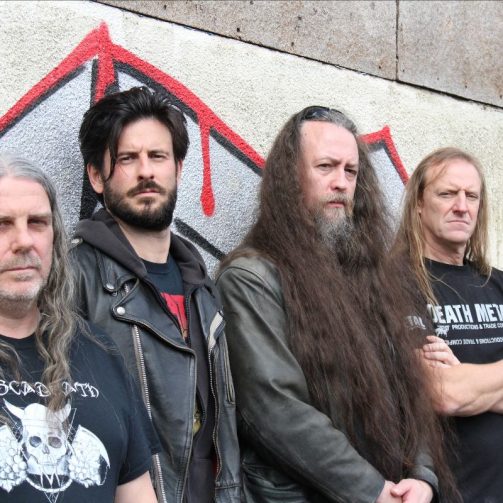 BENEDICTION – Release New Video For “Tear Off These Wings”