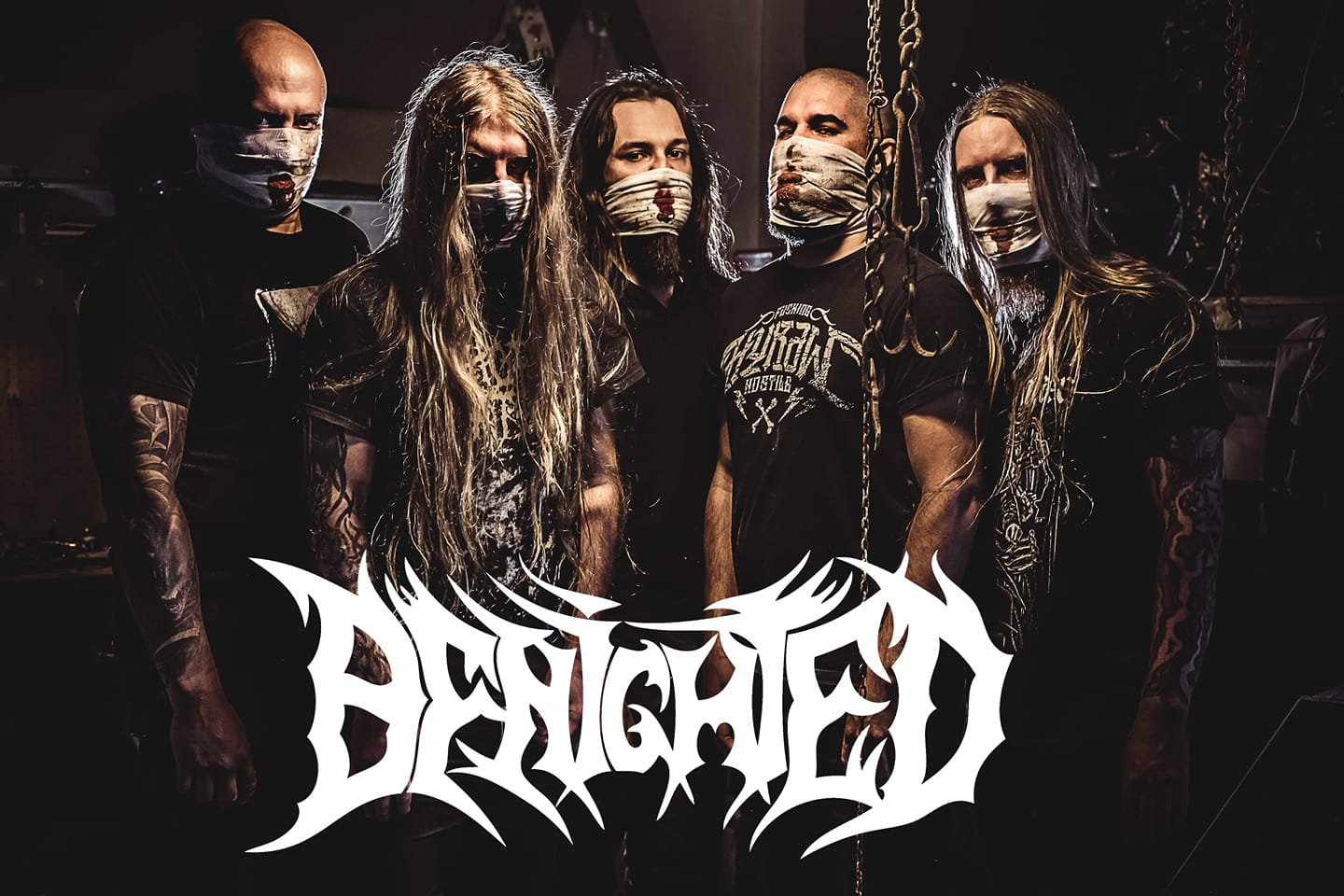 BENIGHTED were spawned by members from French Death and Black metal bands DISHUMANIZED, DARKNESS FIRE, and OSGILIATH, who joined forces in 1998 for a more brutal, heavy and modern way of expression. When their first self-produced and self-titled full-length hit the streets in 2000, it immediately had a strong impact. This turned a side-project into a main act. Let your mind be shaken by BENIGHTED. In case of side effects, please see the surgeon…

Metal Digest had a chat with the band about their collaboration with HaarddrëcH brewery, Hellfest and their upcoming plans.

How is life on your side of the world as we are getting back to normality?

It’s starting to be breathable and the only thing I’m waiting for after all these months is to be back on stage! Restrictions are getting lighter and lighter and things start to cool down in France, I can also notice it at work as I work as a nurse aside Benighted

I would say 5/10 because we, fortunately, are full of resources and have been able to compensate for the huge amount of frustration not being able to tour for the promotion of our last album “Obscene Repressed” with keep on writing and release new songs, keep our fans busy with brutal music and fun! There is of course no word to describe the disappointment of the year that just passed but we stayed positive no matter what and we will start touring again with twice the rage before the release of our last album! Prepare yourselves for war on stage!

We were all excited to hear that you are getting back on the road and you will be performing at HellFest. What’s your favorite part of touring and what’s keeps you going when the tour life becomes exhausting?

We are so glad to be a part of this insane line-up! We played there 5 times already and every time it’s something unforgettable and so many crazy moments and fun with friends and fans! Having such a huge crowd screaming with me “Let The Blood Spill Between My Broken Teeth” is something indescribable! During tours, after the shows, I really love partying with my friends and meet new people! We have the habit to party with fans after the show at the venue and then finish with an after-party in the nightliner with the other bands! I never get exhausted from touring; I usually try to do some workout when I can to stay in good shape and compensate for the alcohol I drank! Ah ah! But I would say that if I feel a bit down, just the perspective to meet some friends I didn’t see for a long time at the next show is a very good motivation to stay strong and also give everything on stage!

Ronny Frohner manages the band. What in your opinion makes a good band manager?

Ronny is an amazing human being and also a very good manager! But he is like a brother to me before all! He is truly like a member of the band and he defends our interests with the same strength as you take care of your family! We are very lucky to have him!

If you could take the stage and give a talk about anything you wanted, what would you talk about?

I would tell that it’s obvious that with the recent events, we have a lot of frustration to deal with and that on these shitty social medias, it’s easy to attack, play the victim or get divided because we don’t have the same opinion about things… All the negativity you can read and see would never be so terrible if people were discussing in real life. We should keep in mind that it’s not the way we are and live, we listen to the same music and that makes us a family where everyone deserves respect.

Let’s talk about your recent collaboration with HaarddrëcH brewery. You basically brewed your own beer! Congats! How involved where you in the creative process?

Pierre (Benighted bassist) is a huge fan of beer and even made his once which was absolutely delicious! We have been offered many times to make some Benighted beer but I never got the point of just put a sticker on a bottle and send it like if it was your band’s one. When Haarddrëch contacted us, they invited us to come and make the beer ourselves, every step of it! And that was the thing which decided me to do it! They discussed with Pierre about the recipe it could be and then we both went to their brewery for a week-end and did everything under their guidance! It was such a great moment, even the 600kgs of cereals to carry to the containers! Ah ah! And I am so happy about the result, it tastes fantastic! But you need to be careful because it’s already 10,5°! It hits hard! Ah ah!

So, you have a dedicated fanbase, a brilliant manager and Season of Mist to back you up. Sounds pretty heavenly for a metal band. What’s your definition of success?

We do have the perfect team! I will consider Benighted successful as long as people will come to the shows, give you their energy, support us in every way and in every country possible! We are born from the underground and we always kept that spirit, stayed true to our fans, give the best we could in our passion and never let us drag into trendy styles or commercial stuff. We stayed authentical, close to our fanbase and I guess that a huge part of why Benighted is still that successful along the years!

What’s one album every human being should own and why?

“Goremaggeddon” from Aborted because it’s perfect to get out of bed, drink your coffee and find motivation for everything! Ah ah!

Do you have a personal slogan or a set of words you live by?

Take a second and imagine the future of Benighted. Do you have a 5-year plan, and what’s something you’d like to achieve in the next 5 years?

Actually, we’ll have much on our plate, so let’s do this in the 3 next years as a start:

-A European Tour with our brothers Aborted in Feb 2022 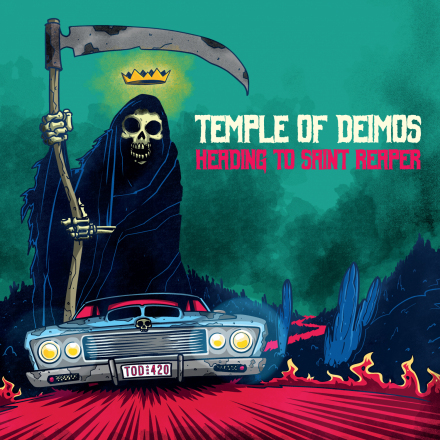