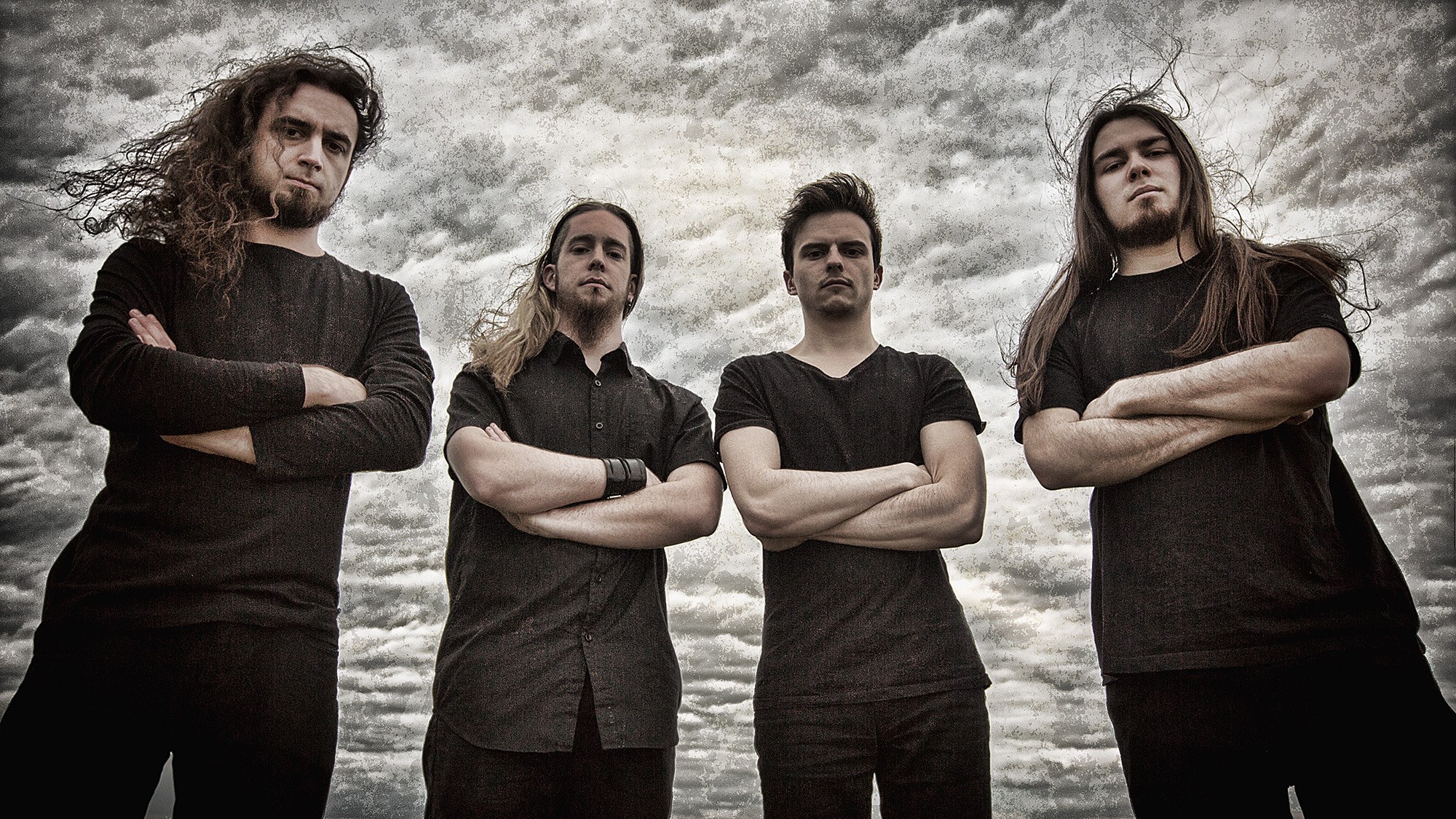 If you are reading this, there is no need to bore you with a description of Progressive Metal. We already live it, love it, and are always craving more. Obviously, the country that best represents Prog Metal is

Not quite leading the pack (yet,) but, definitely in contention are Fractal Universe. Their music is diverse, dynamic, and has all the complexity a Prog fan demands. Their third release, ‘The Impassable Horizon’ was recently released on Metal Blade Records. We had the chance to ask them a few questions.

Congratulations on the new album. Reviews have been overwhelmingly positive. For those unfamiliar, tell us about your sound and what we can expect in the near future.

Vince: Thanks a lot! We’re indeed very pleased with all the positive feedback we’ve got so far!

Although I’m not a big fan of tags, the sound of Fractal Universe maybe best fits the genre of Progressive Death Metal. We put a lot of emphasis on contrasts, dynamics, and musical exploration while maintaining concise and rather catchy song structures with a lot of focus on melody. In our new effort ‘The Impassable Horizon’, you may hear instruments like saxophone, various percussions, synths, and various vocal styles merged with many Extreme Metal elements.

Now the goal is to bring that new record to the stage wherever we can, and to keep exploring these musical directions on upcoming releases!

‘The Impassable Horizon’ deals with death, our perceptions, and comprehension. How did the idea for such a heavy subject come to come about? Will the next album be a little lighter?

Vince : The idea was brought to the table by our close friend Arthur Massot, who’s a doctor in psychology and has been working on our lyrics since the beginning.

The album deals with Heidegger’s idea of ‘preparedness-for-death’ – how we perceive our own finitude, and how we manage to find meaning in life with that perspective ahead of us.

We found this concept particularly fascinating as we think it can resonate with everyone, and even more so in times like these.

Regarding the next record, we don’t know for sure yet, but our 3 first albums have been concept records based on different facets of human consciousness, and there’s still a lot more to explore in there!

The video for “A Clockwork Expectation” is exceptional. I have been sharing it with friends. I understand the cave was a bit cold and humid. Any unusual challenges with this? For your next video, I think you should treat yourself to a more luxurious location.

Vince: Yes, the conditions were pretty extreme! Despite the cold and humidity, one of the biggest challenges was to carry all the equipment down hundreds of steep stairs. It was tough to remain warmed-up in between the takes, and especially for the very last shot of the video, with all of us standing still since we had to redo this one about 20 times while freezing!

It was also a challenge to decorate the instruments for the UV lights parts: Hugo spent a lot of time on the guitars especially! Definitely check out the making-of video on Metal Blade’s Youtube channel if you wanna know more about that!

But we’re still amazed by the result, so it was absolutely worth all of these efforts!

The new album features more clean vocals. Was this a conscious decision or a natural progression? Other bands have “evolved,” but not always with the approval of their fans. Was this a concern?

Vince: It was more of a natural progression. In our writing process, the music always comes first, and the whole record is already written out when we start working on vocals. And as the music turned out to be so diverse and dynamic, I really felt that my vocals needed to match this wide color palette as well as possible, resulting in this balanced mix of airy cleans, powerful belts, and crushing growls!

As for the approval of the fans, that’s never really a concern:

we write music first and foremost for ourselves, and the goal is always to have something we wholeheartedly believe in.

That being said, people have been very receptive to the change, including our earliest fans, and I don’t think I’ve read more than 1 disappointed fan’s comment, so I believe the overall essence of what makes ‘Fractal Universe’ is still the same as in our debuts!

Regarding Vince’s newly honed saxophone skills, how new are we talking? Who are some of your influences? Joshua Redman? Joe Henderson? Personally, I love Jazz and how you incorporate it. How did the saxophone find its way in your sound?

Vince: I picked up the saxophone in October 2019, and considering the parts on the album were recorded in June 2020, those skills were pretty newly honed, haha!

As for my influences, I’d name Michael Brecker, Jorgen Munkeby, Wayne Shorter, and also many guitar players, since I’m bringing over a lot of that background!

Saxophone has been part of our sound since ‘Engram of Decline’ and guest solos from Jorgen Munkeby and Hugo’s father, Jean-Marc Florimond, and we particularly loved these additions. So when I picked up the instrument, it seemed really natural to incorporate it again, and to a larger extend. Now I’m really looking forward to doing that live!

What has been your proudest moment so far as a band? And as individuals?

Clément: As a band, signing on Metal Blade Records was one of our proudest moments. It’s been an amazing feeling to catch their interest, especially when you are a newcomer band from another continent. From a stage perspective, I think playing the Metaldays in 2017 on a Sunday evening was something special!

Vince: For me, it was our EU tour with Obscura, right before the pandemic. Obscura has been one of my favorite bands since my teenage years and Cosmogenesis, so opening our email box finding an email of Steffen personally requesting the band for the tour was really a dream come true!

Hugo: As a musician, the fact that our show can move a whole audience, and can be called awesome by greater acts such as Cannibal Corpse or Obscura, makes me really proud.

I was in Paris several years ago and have embarrassing pictures to prove it. What would you like to share about your country that may not be widely known?

Hugo: Paris is incredible, but the rest of the country has so much to offer! For me, France has an almost unequaled cultural and artistic wealth, acquired from its extremely rich and dense history and from its current vast cultural diversity, especially in the music domain.

Clément: I think that the “Place Stanislas” from our hometown in Nancy definitely deserves a look! Apart from that, if you are a cheese fan, I would say that we have among the broadest collection of them!

Vince: Thank you for taking the time to read this interview. Make sure to check our new album and please let us know your thoughts on any social media!

We hope to meet some of you on a live show in the future!

Meanwhile, please remember to keep supporting your favorite artists, as they need it more than ever in these times the world’s been through! 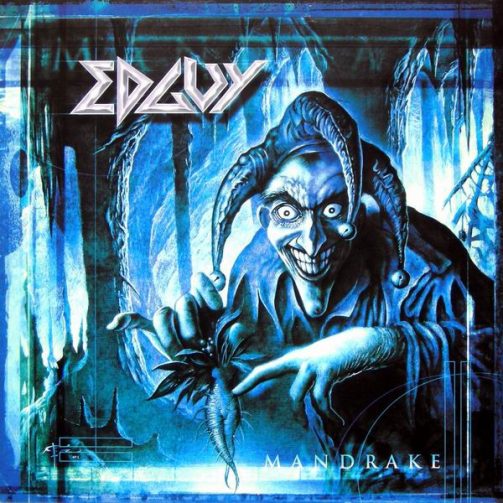