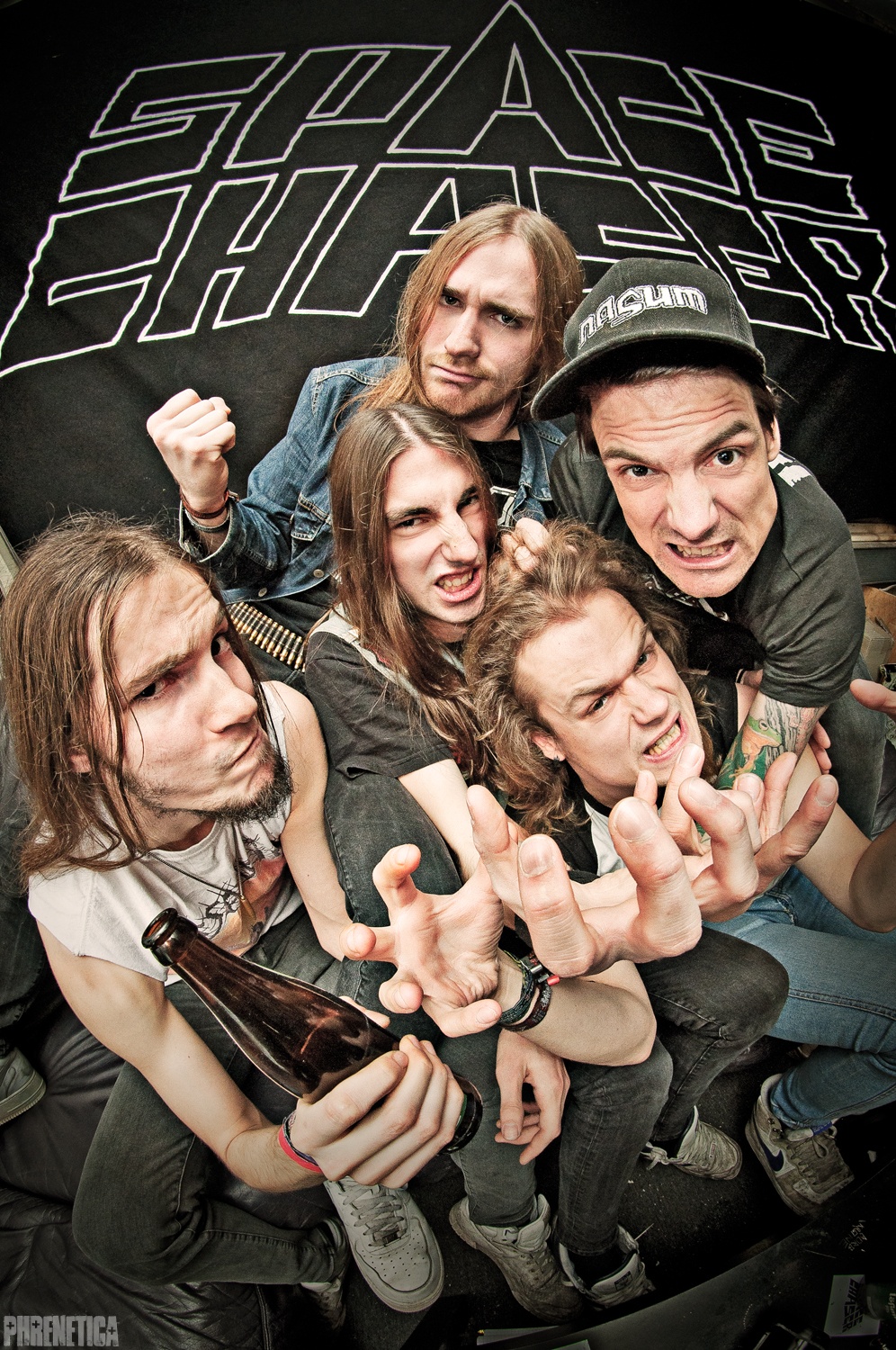 A chat with Space Chaser

Berlin’s Space Chaser release their third full-length “Give Us Life” on July 16th. With a distinctive mix of old-school thrash and the classic British/European Metal sound, are they on the verge of spreading their wings out of Germany?

So, ten years have flown by, and still there is no substitute for the Space Chaser sound. What first drove you to develop such a mish-mash of genre-bending Metal; and how much do you want to keep the distinctive edge?

Thanks so much. When being told that we have developed our own sound and manage to stand out a bit is one of the greatest things ever. It’s what every band wants.
When we first started out we wanted to sound exactly like they did in the 80s in the Bay Area. But all our influences that come from any style of metal and on the other hand Siegfried’s incredible voice helped us coming up with the Space Chaser style I guess. We hope we can keep that up for as long as we’re around. When you turn on a song and you can immediately tell: This is Space Chaser. That would be the ultimate goal, right?

The new songs show an evolution, without losing the Space Chaser ethos; who have you been listening to for inspiration?

We’ve been listening to all kinds of stuff. Leo and I really love Death Metal whereas Siggi and also I listen to a lot of old school HC/Punk and Basti and Leo also listen to a lot of Heavy Metal and AOR stuff. You see we’re pretty open and we always like to try out a lot. We would try to make a riff sound good, demo it, and then we’re being really critical about it. You know.. the old 80/20 rule. Most of the things we try never make it into a song. And we always try to push our limits as musicians and it’s great to know that not only USA are able to hear that evolution.

Your approach Thrash seems to stand alone out there as having “a smile on its face”. In a genre populated by many very serious people with concepts and bad moods, you guys sound like a group of genuinely great friends having a great time. Do you all get along as well when the amps get turned off?

It’s very much like in a long-term relationship. I’m sure this sounds old but it really is. You fight. A lot. You have to get 5 egos into a very tiny rehearsal space and no matter how great friends you are there is a lot of tension. It’s the ability to communicate properly and to put the entity Space Chaser before your own ego what makes it work I guess.

Humor plays the biggest role in all of that. Make no mistake: we’re taking ourselves and our music very seriously but like you said, always with a smile.

There have been many times where things didn’t look great especially when on the road. But our humor always got us through these bumpy rides.

Do you think the move to Metal Blade will finally give you the push to break into the US and further afield?

We really hope so. And it’s already growing a lot. We get a lot of mail from the states, fans demanding to see us live or ordering merchandise. Of course, we’re aware that every country has great scenes and great bands and it’s not too easy to break into that for smaller bands like us but we already noticed that we get a lot more attention, especially in the US. Maybe one day we get to play a tour with one of those great bands over there.

You do a large proportion of your own production, unlike the majority of Thrash bands. How important is that to you; and how much did you pass control to Jan Oberg for the new record?

We always ask his opinion when we’re uncertain and we always value his input when he disagrees with parts. So he really has quite a lot of control. As for the mixing he’s got full control. We let him do his work and seldomly have anything to complain about. He understands what we want and he always delivers.
It’s always been a big part of who we are to do everything ourselves as opposed to some producer. Not to say a producer would be a bad thing but I’ve known people who made poor choices because someone thought “if we go in that direction we get more fans” or something like that. We really wanted to earn our stripes first. So a producer would probably value our input a lot more. We’re not against working with other people it’s just we haven’t found the right guy yet.

Many reviewers have compared you to Iron Maiden, Sepultura, etc. Who are you most proud to be mentioned along with?

Lately, especially after the release of “The Immortals” we get a lot of the “they sound like Slayer with Bruce Dickinson” comparison. And this is the greatest thing ever. The two greatest bands in the world and some people say we remind them of them? Insane! We were bursting with pride afterward. The other one we get a lot is Overkill with Bruce Dickinson (you see the Iron Maiden thing comes up a lot) which is equally as amazing.
For some reason, people feel inclined to compare you to a lot of other bands which seems to be normal but sometimes the bands they mention are quite weird. Someone wrote that we reminded him of Enuff Z’Nuff. Which is absolutely bizarre to me haha. I like them just fine, it’s just we don’t sound anything like them. I thought: “Now you’re just saying random band names”…

Question for the rest of the band (not Siegfried). Is Siegfried as completely bonkers and energetic as he appears?

What is your plan for world domination? If you don’t have one, why not?

Oh, absolutely we’re having that plan. If we really sound like a mix of the bands I have mentioned above there should still be space for us up there. We just want to see how far we can take this thing now and I believe that Give Us Life is our greatest work so far and maybe shows everyone that we are definitely a force to be reckoned with.

Many, many thanks for speaking to Metal Digest, we wish you all the success with “Give Us Life”

Thank you very much for having us. And thanks to everyone who took the time to read about us and listens to our music. Hope to see you in person one day.
Cheers 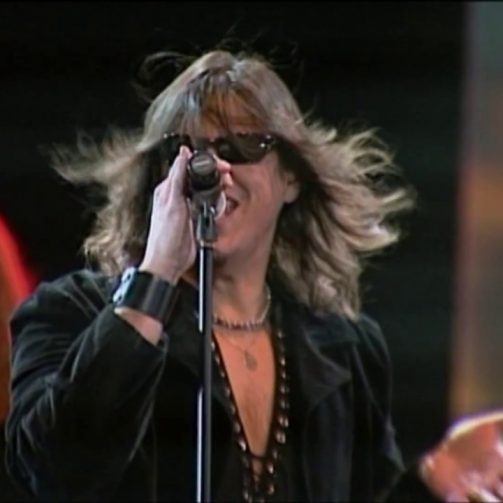