The old adage about (old) Country music being “three chords and the truth” is spot on. Well folks, The Damn Truth is decidedly not Country, but they are absolutely the real deal and there is absolute truth in their sound. Bare knuckled and bare souled, they offer up irresistible old school Blues-tinged Rock. They feature perfect (yes perfect) female vocals backed by a first class, in the pocket band that has me completely hooked. I had a chance to ask them a few questions…

personally, I cannot wait to see them live.

Congratulations on the success of ‘Now Or Nowhere.’ I have been sharing it with friends. Since you formed nine years ago, what has been the most pivotable event in the band?

Thanks so much for your support! We’re so happy that you found us!!

We’ve been pretty lucky to get to play some incredible shows like touring with ZZTOP, getting booked on the Rock Legends Cruise alongside Sammy Hagar, Bad Company and so many greats, and even opening for The Cult, outselling them for merch and getting kicked out of the venue! But I would have to say that working with Bob Rock has been the most incredible addition to our wild ride so far. He is such a talented man and a sweetheart to boot! We only had 4 days in studio with him but managed to record 6 songs together in the most easy going of atmospheres and we hope to get to work with him again in the future!

I’m sure you’ve read the media hype. “Lee-la’s voice is reminiscent of so and so.” Sure, I can hear some influences, but from your perspective, who are your influences? And what kind of influence are you going to have on future generations?

I remember being completely mesmerized by the beauty of Joni Mitchell’s voice and listening to Blue again and again trying to immerse myself in it, hoping some of that magic would transfer and I can still feel that profound sense of awe when I listen to Grace Slick’s White Rabbit. When I heard that song for the first time, it was an awakening of sorts. The song was so mysterious and the delivery so compelling, it would become a life long mission for me to try and emulate that kind of passion.

When I sing it’s all about connecting with other humans. Trying to convey the feelings that I get from the melodies and the lyrics in the most straightforward and real way. It’s therapeutic for me and almost spiritual in a sense.

Thanks for putting the lyrics on Bandcamp. Not everyone does that. I would like to visit some specifics.

From “Shot ‘Em,” ‘We used to raise our fists to fight for what was right.

Now we close our eyes and block out the light.

It’s a funny little thing. Give peace a chance is still something we sing”.

Probably my favorite tune on the album. Tell us about these lyrics and the story behind the song.

I wrote the song in 2019 after reading the news in a somewhat dark time in North America. At least in my eyes it is. Where I’m from, it’s a very small community where everybody helps each other out, you kinda survive together.

Thinking back to a time where masses of people would gather together for Peace and Equality, a beautiful idea that many throughout the continent stood for. It was so long ago yet we’re still fighting today, with dwindling gusto and numbers. It doesn’t make sense to me. We’ve got so much to blind us these days, I guess it’s tough to look around at what’s wrong and how others are doing.

I brought the song to the group and we made that massive arrangement over the course of a few demo sessions! It went through the TDT Machine! Dave mixed the song and we recorded it at the band’s studios: Freq Shop & Grandma’s House.

“Only Love”, To me, the message is love can conquer all. What do you think is the greatest challenge love has conquered in the world? In your personal life?

That’s a hard question, I think it’s a question of perspective. Of course humans need more then love to survive- food, shelter, warmth but these past few years, (until the pandemic), on all our tours we met so many incredible people from all walks life, from different countries, cultures and backgrounds and we’ve found the same unifying thread- people want to feel love, to get a sense of community and belonging, to be involved and engaged with other likeminded people, and basically to have a good time.

Love is that which holds it all together. Whenever I forget that and move towards fear or anger things get fucked up.

I am writing this on June 7th and your live stream is June 9th. How did it go? Highlights? Anything not quite perfect?  Any tentative plans for touring? What can we expect from a Damn Truth show?

It was incredible to finally get to play together again in a show setting. We really missed our live shows. We love playing together, and it was a real release to finally get to do that again after so long. It was also wonderful to play Now or Nowhere in its entirety. Ever since releasing the record something didn’t feel quite right. The missing puzzle piece is our live show. These songs were meant to be played on the road!

We are booked for a 20 date tour throughout the UK in early 2021, and I’ll tell you this much- February can’t come fast enough!!

We truly hope the world will continue moving in a healing direction that will allow us to tour sooner then later.

What is the greatest thing about being Canadian?  I know the answer, just wanna see if we agree.

We are all very polite and very agreeable.

Lol but seriously, I think that Canada has very strong social goals, therefore is very helpful and empowering to the arts, enabling artists to pursue their passions. It is also quite diverse in culture, being an immigrant nation, which make it a very interesting and inspiring country to me.

We thank you for your time and wish you all the best. 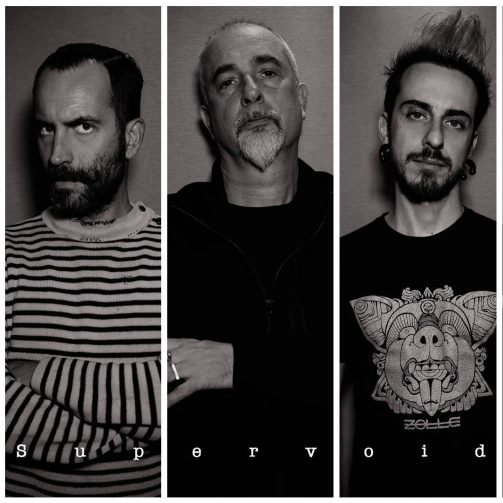