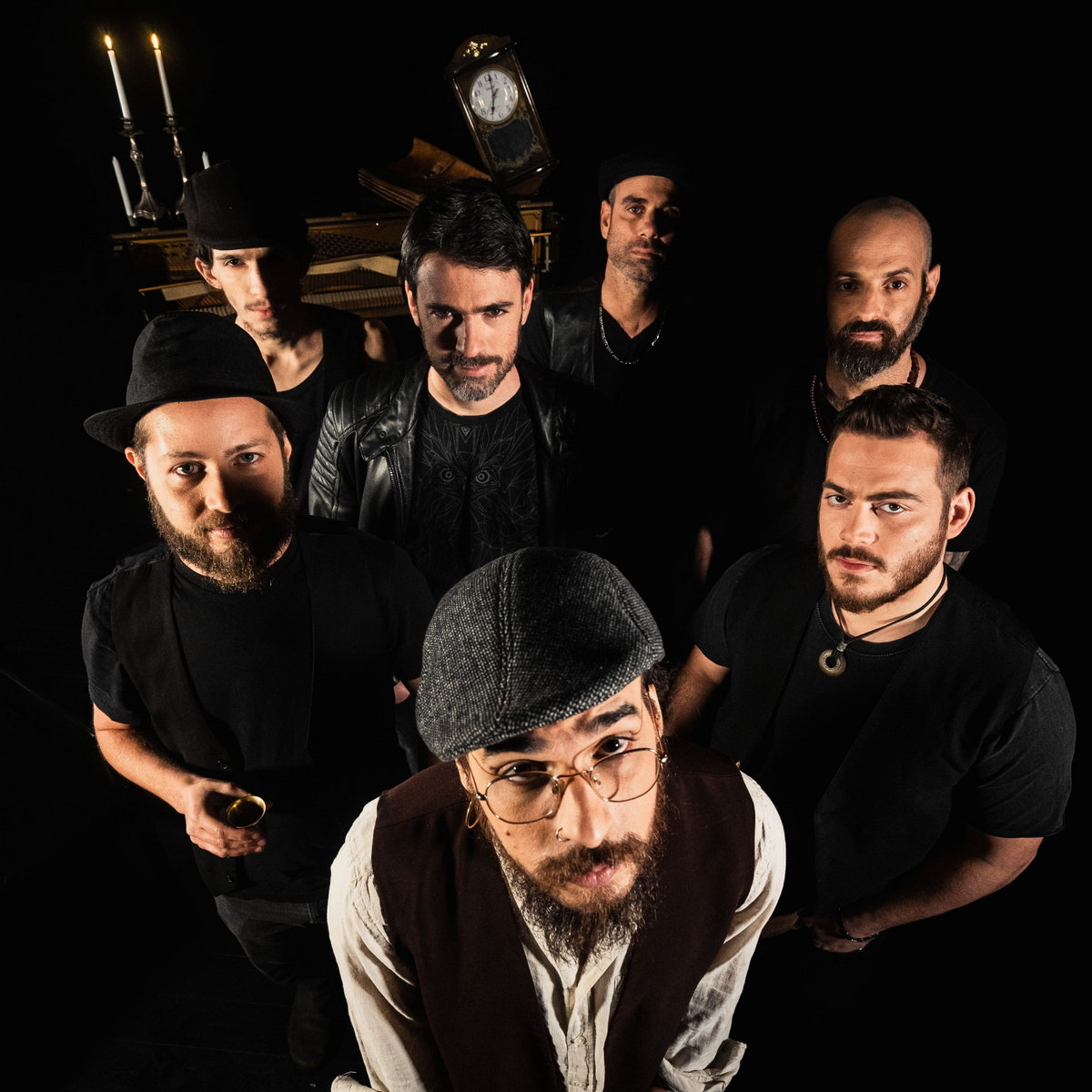 A CHAT WITH SUBTERRANEAN MASQUERADE

Being of a certain age, I have pretty much seen and heard it all. As such, when a band turns my head, it is quite significant. Israel’s Subterranean Masquerade has my head spinning (in a good way.) Prog Rock, strings, Blues, World music, African and Balkan brass, Soul. It is easier to list what is not in their new album, “Mountain Fever” All in all, it definitely leans towards the Metal side and is highly recommended.  Metal Digest had the chance to ask them a few questions.

1.First thing first. Congratulations on the new album. It is phenomenal! I realize I am supposed to be an impartial journalist, but I was a music fan first so…tell the world what they can expect from the new album. By all means, boast a bit.

Or: Thanks! The world can expect Mountain Fever to rock as hard as it gets. This album is an ensemble of the many faces that compose Subterranean Masquerade, including some new ones which we never knew we had. We incorporated new attitudes to our music, including ‘hilly-billy’ touches, ‘Yidish’ yodeling and a 90s rock ballad atmosphere. As usual, we continue the paradox of making a holistic album that has many contradicting parts.  The recipe for this album is a delicate balance between the catchy and the perverted.

2.I have listened to ALL of your music. Yes, really. And of course, it has evolved over the years. What would you say are the three most crucial events that have shaped your sound?

Or: (i) Vidi (vinny, vici). He was very involved in the new album, and the new sound is also a product of a new chemistry. (ii) Time & experience. Evolution happens only after one tries (and error?). After we accomplished finding sounds we wanted, we had the urge to experiment with new flavours. (iii) Touring. I think that the feedback between us and the crowd re-define our music. Funny to think that way, but even unconsciously, when a song works live, it gets a new meaning. It becomes a part of something bigger. We got a better feeling of what works…

3.I understand you are part of the Maximum Rock Festival in Romania in September 2021. Anything special planned for this event? If I can manage the airfare, can you get me backstage? We will have a special feature for you in our magazine.

Vidi: Maximum Rock is going to be the first event we’ll play outside of Israel since Covid Started + Every time we’re in Romania the energies are incredibly high, we have a deep connection with the country so I think calculating all these elements together we’re looking at a show with an explosive potential and there are many people we love involved in the Festival itself so hopefully it’s going to be a fine celebration. I hope you can make it:)

4.In my research, I have found the Metal and Hard Rock scene in Israel is quite vibrant, diverse, and evolving. (I am actually wearing a Scardust shirt now.) Where do you see the Metal scene there in five years? What about worldwide?

Vidi: I think it’s evolving too! There was always an interesting metal scene in Israel but only in recent years people around the globe started noticing it (not just one or two bands)  and I think it’s promising! Historically speaking we didn’t really have the formal “Israeli wave” yet. It happened everywhere else (Florida’s death metal, the UK’s heavy metal, Sweden, Norway, I can go on and on) and I think this is the next thing which is coming, a wave of hungry artists from the middle east, not just Israel, dying to prove themselves with a lot of inspiration and a lot of things to say, I think there is going to be an industry shift and I think people around the world are looking for the next thing. I believe they can find new sound through bands from the Middle East and Asia. People here which cannot always afford the European standards are creating their own productions and their own sound, there is an identity growing here and curiosity and desire for DIY and self-expression. There is a strong relationship in the scene between the audience and the bands, people here really learn the hard way how to build a strong show and when it will come to global festivals I think middle eastern artists are going to be very competitive in the way they perform, meaning they are going to give everything they have to prove themselves and I think the European audience is going to appreciate it very much.

יה שמע אביונך 5. or  “Ya Shema Evyonecha” is astounding on many levels. (by the way, I hope Google translated properly.) Please tell us about this amazing song.

Or: The words are an ancient Jewish prayer for the Kippur day. The day where we ask for forgiveness. The song Kippur in our Vagabond album is another reference to this special day, which revolves around good and bad, about cleaning your spirit. We have a lot of interest in these subjects, and also in how tradition plays a role in modern days. Regardless of the words, we find this piece really great for live concerts. The rhythm is a game of 7/8th and straight 4/4, making it extra dancy.

6.The female vocals! Especially on “Somewhere I Sadly Belong,” are amazing. Soulful, beautiful, perfect. I could not definitively find who it is. Please give them my highest regards. You have a lot of guests on the album. How do you determine who is best for the task at hand?
Vidi: This is the beautiful voice of powerhouse British singer Jackie Hole. She is the best uk vocalist out there not enough people know and people should check her out! Me and Jackie met in Denmark studying voice together, this woman never sleeps and she will out party anyone. Her voice is so energetic, just like her personality. We were very lucky to have her on board, she also sings on ‘Diaspora, My Love’. She landed in Tel Aviv for two days (if my memory is not betraying me) and gave the microphone hell. We didn’t understand how she sang so focused and accurately for so long, not taking breaks for a second, doing it for hours on top of hours, layer by layer. It was a kind of magical atomic bomb exploding in front of us. We just love her dearly.

When it comes to choosing guests, we always think first of the energy we would like to convey – it’s not about the trumpet, it’s about the trumpeter. We needed very specific people, who can resonate with the spirit of the album. Usually we know in advance, after writing the parts, who should be the person playing it and by now we have sort of a crew for different musical approaches we can call whenever we enter production. In a way it’s like actors getting their lines, there are many good actors, but only few fit the role.

I have asked this of another Israeli artist. Let’s hear your answer.  If I were to visit Israel, what is the one thing I absolutely must see?
Vidi: if you’re looking for a biblical adventure, I would go to Mount Karkom (mountain of saffron)where some archeologists believe it might be mountain Sinai. it’s in the middle of the desert, researchers discovered that it was a major paleolithic cult centre, with the surrounding plateau covered with shrines, altars, stone circles, stone pillars, and over 40,000 rock engravings. The coolest thing about the place is that if you stand on the verge of the cliff you will be able to see caves in the cliff in front of you and in certain hours, when the sun hits the right spot, the caves look like they are being circled by fire and gold, which might explain why this ancient cult was there. It’s pretty cool and it’s also on the way to Petra (Jordan) so you can feel very much like Indiana Jones if you ever travel there.

7. We thank you for your time and wish you all the best. Any parting words for our readers?

Vidi:  We would like to thank you for the platform, helping us reach new listeners , to the readers: we wish you guys health above all in these times and we hope our new album will serve you as an escape or a sanctuary in hard moments. We can’t wait to come and play for you, we’re eager to celebrate with you the return to life. Take care!
Or: Don’t be afraid to join the masquerade. We want to celebrate the weirdness together with you! 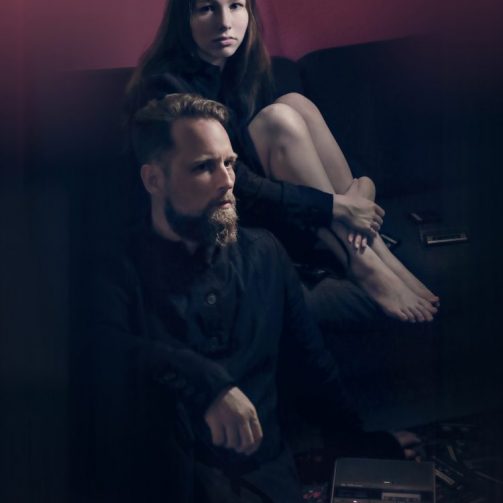