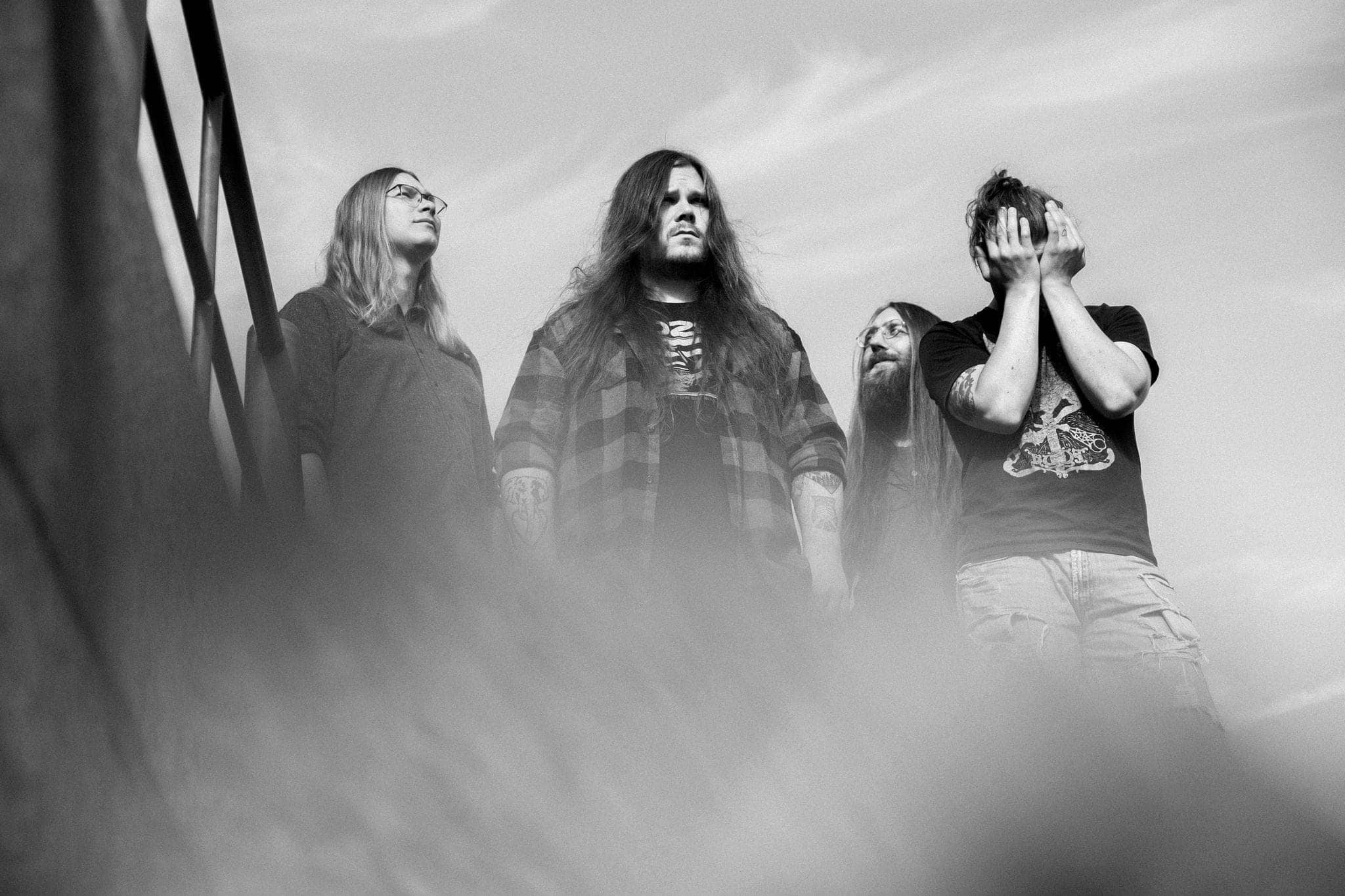 EVERYTHING YOU NEED TO KNOW ABOUT SKRAECKOEDLAN

This year marks the 10th anniversary of their debut album ”Äppelträdet”, and they decided to do something special.

They’re launching a limited edition vinyl box which is telling the story of how ”Äppelträdet” grew from early demo recordings, to the 2011 album, and to something new.

They have their own podcast and recently El Monstro just hit a million streams on spotify.

This is everything you need to know about: SKRAECKOEDLAN

Time flew by! It’s been ten whole years since your debut album. How do
you feel you have changed since then?

I don’t think we have changed immensely. We still want to write heavy
rock music in Swedish with nods towards all of our favourite sub-genres of the stoner/doom scene.

We still love playing live just as
much. I just think we have gotten better at doing what we do over the
years. One thing that might have changed the most is that we now
really like being in the studio, whereas before we sort of dreaded it.

Do you remember how it all started? How did the band come together?

The four founding members were in two different bands in a battle of
the bands type situation in our home county. When one of those bands
called it quits we started jamming together and quite quickly
Skreckoedlan became our only focus. I think we all felt that this was
the first time we were all in a band where all the members wanted to
do the same kind of music.

We like to poke fun at each other quite a lot and there are a lot of
bad puns thrown around when we are in the rehearsal space/on the road.
It’s a very open creative environment in the band so when we are
writing or recording anyone can come with suggestions for anyone’s
parts. When we have downtime on the road we like playing board games,
we usually have at least one or two small ones with us.

If you could go back in time, would you do anything differently?

We would go back and record all of Äppelträdet in Swedish, but since
the current laws of physics do not permit time travel backward we had
to re-record the English songs in Swedish in the present instead.

How do you connect with your fans? Do you use social media?

We are probably most active on Instagram, Facebook has become less and
less fun over the years, we still post everything there as well
though. We also recently started a podcast that we will be keeping on
recording episodes for at hopefully fairly regular intervals.

Otherwise, the best way we think is after the show with a cold beer in
hand at the merch table.

We can’t wait to get back out there as soon
as this pandemic has been dealt with.

Making it as a musician is hard work. Were there days that you wanted
to quit? How did you rediscover the motivation to keep going?

I think we all have had periods when we have had thoughts about
quitting. The most important driving force has always been that it’s
still fun to record and still fun to go out and play live.

Tell us a story that encapsulates the band’s very being. I bet it will
involve lizards and dragons.

Once upon a time, there was no global warming, and a giant lizard
accidentally got frozen inside of the polar ice. A couple of million years later we had created global warming and this old horror lizard got thawed out of the ice and proceeded to smash cities because
that’s just what big old lizards do. We are here today to spread his
message of horrific destruction. Do try and take care of each other
and the planet, otherwise who knows what will happen.

What are you working on right now that will become the next story of
SKRAECKOEDLAN?

We are working on our next album and are hopeful for a European tour
this fall. We can’t wait to explore the pleasures of gas station food
and sweaty clubs once again!

“Äppelträdet” will be released as an anniversary vinyl box on June 11 via The Sign Records. The box will be available in 500 copies and includes:

“Äppelträdet” (10th Anniversary Edition) will be available to purchase separately. The album is released on 1000 copies of 180g clear/transparent vinyl with the new cover artwork.

“Äppelträdet” (10th Anniversary Edition) will be released on all streaming platforms on June 11.

The original version of “Äppelträdet” is re-released on 1000 copies of 180g clear/transparent vinyl with it’s original LP cover artwork. Released as Gatefold.