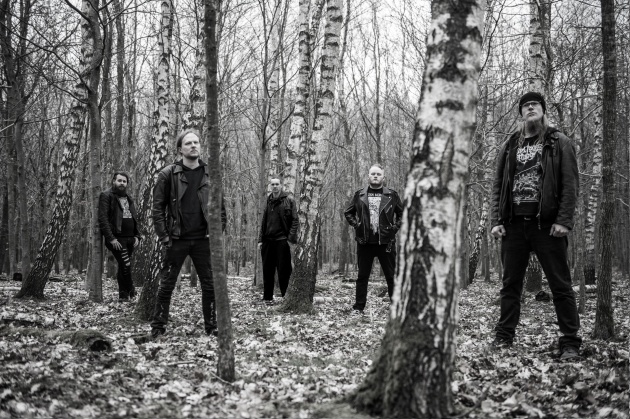 FRIISK | HOW TO TURN NEGATIVE EXPERIENCES INTO MUSIC

“…un torügg bleev blot Sand” consists of 48 minutes with 7 independent, yet musically deeply connected songs which blend the harsh but melodic sound of German old school black metal acts of the nineties with the atmospheric edge of modern black metal artists, while drawing massive influences from the North German landscapes, giving the band their distinctive sound which moves between aggression and melancholy. Negative experiences of individual human beings, packed into various stories which explore the realities of fear, devastation, depression, illness and death are the breeding ground for a beautifully composed black metal record that stands up with all the greats.

Congratulations on your first full length. As you are moving closer to the release date, do you get overwhelmed by this new chapter for the band?

Well, the release of “…un torügg bleev blot Sand” is something we’ve been working on for the past two years. The ongoing pandemic surely did its part in causing some delays here and there, also internally in the band. We’re not all living in the same town and the rehearsals and the organizing talks that come with it were basically impossible due to the situation with the virus outbreak. We had to rely on online talks and we’re kinda “old fashioned” in having the best ideas when we meet each other. Still, we were lucky enough to be able to record the album with Andy Rosczyk in Cologne due to the fact that the last summer was pretty laid-back in Germany, pandemic-wise. It’s kinda hard to reflect if it’s “overwhelming” at this point since we are trespassing a piece of terra incognita with the release of our first full-length album on a label like VENDETTA RECORDS. Back in 2018, when we released our EP “De Doden van’t Waterkant” we were just doing it with the means that we had. This time it’s different. We’ve gained some experience here and there and do things differently. But we can’t wait to finally release it to the listeners. We’ll see what happens afterward.

Harsh yet melodic, aggression yet with a touch of deep melancholy. It seems that the opposites attract you. How do you mix and match, mismatching elements so brilliantly?

J.:        There is in fact a certain kind of ambivalence in our music, yes. It is a product of us functioning as a collective with each individual member having their place and mindset in the band. TS and I are the main songwriters and we have completely different approaches to songwriting. Whilst TS is keen to bring up pretty catchy and direct riffs, I tend to bring more melancholic or atmospheric ideas into the mix. These things are not carved in stone, of course. Whatever happens, when writing these songs at home or in the rehearsal room, happens. The most important thing is that at the end of the day, these songs that are coming into shape always find a certain common ground with all members and we quickly realized that this ambivalence that is happening in the songs, is what shapes the sound that we have, in large parts.

You took negative experiences of individual human beings and turned them into musical story telling. Would you like to walk us through one or some of these stories and help us understand what was it that intrigued you to make them a part of your work?

J.:        Negativity is a determining part of all our existences. We deal with loss, sickness, and death throughout our whole life, and expressing these emotions is a gateway to channel inspiration which often leads to the sense of melancholy that is part of our music. Everybody in the band has the possibility to bring up lyrical ideas and as our main lyricist, T. shapes them into the final lyrics, if needed. But as our singer, he brings the largest portion of lyrical ideas into the band. And it’s his way to express himself in the band just like everybody else does it on their instruments. We realized that with “…un torügg bleev blot Sand” we were getting more introspective stories, in which each story has an individual meaning, yet still leaves somewhat of a room for interpretation. All of this has influences from the region we live in and to express this in the Frisian languages or low-german dialects (sometimes combining it with stories related to Frisia) is something that gives the music an artistic vehicle to stand on its own.

J.:        I was in contact with Zingultus for quite a bit through Stefan from VENDETTA RECORDS through social media for a while until we met each other at an ENDSTILLE gig in the Netherlands in late ’19. Apart from his work with ENDSTILLE, his old band NAGELFAR is – obviously – a huge influence on our music, especially the record “Virus West” on which he sang back in the day. When we were putting the finishing touches on the songs at rehearsals, we came up with the idea to implement guest vocals on the record. Zingultus was the first person that came into our minds and after I asked him he immediately agreed to perform guest vocals on the title track. We were kinda insecure if he would do that since the lyrics were written in low-german on this song, but he pulled it off so easily and well. We had a full day of recording with him and expected that he would sing his part and that it’s done after that. But it ended up with him bringing plenty of ideas to the studio which shaped the title track immensely and brought the song onto a higher level, for sure. Not only was he singing his part, but he also added parts with choral singing, which was also new for us to try out. And it worked perfectly with the music. We couldn’t thank him enough for doing this with us.

What would you like the band to be known for?

J.:        To be honest with you – I have no idea. We are what we are and create the music the way we like it to be. We’re not trying to give people a certain picture of what we exactly want to be and we want to keep it like that.

How is life in Germany for a black metal musician? What kind of challenges do you have to face?

J.:        Being from the region in Germany we come from, we did not expect to gain all these responses, since East-Frisia is generally a place that is keener upon death metal. Besides FUNERAL PROCESSION and a few other projects, there is not much black metal happening here. But Germany (and Europe) as a whole always has been an extremely fertile ground for black metal bands to blossom for sure. This is something that can be applied to the scene here until this day, I guess. The scene in Germany, especially the underground, is in a thriving state. But this is something that doesn’t solely apply to Germany per se, the black metal scene itself has been flourishing for quite a while now worldwide through the internet and it doesn’t seem to flatten out so quickly. This definitely brings up a lot of uninspired (sometimes musically overly conservative) bands, also some blatant copycats. But when we break it down to Germany itself, there is a huge amount of great bands. Bands from our label VENDETTA RECORDS like NAXEN, VERHEERER, or ULTHA are the best examples of bands that are building this underground scene so intensely here. They all have a back catalog with incredible records under their belt and brought a breath of fresh air into this scene. Still, there are the somewhat more “well-known” bands and projects like THE RUINS OF BEVERAST or ENDSTILLE that are still active and that still carry their bigger names with them. The fact that Germany is in the center of Europe makes it very easy to also bring bands from Denmark, the Netherlands, France, and so on to the table. All of this gives every band here an opportunity to play concerts and get out there since there are always interesting bands that tour here and want to do some shows. At least when this pandemic gets into a tolerable state and we can back to some kind of normality.

Before we let you go, we’ll have YOU ask the final question: If you could ask your fans one question, what would that be? 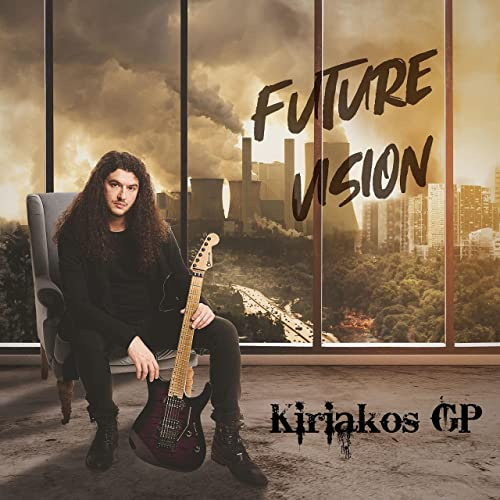