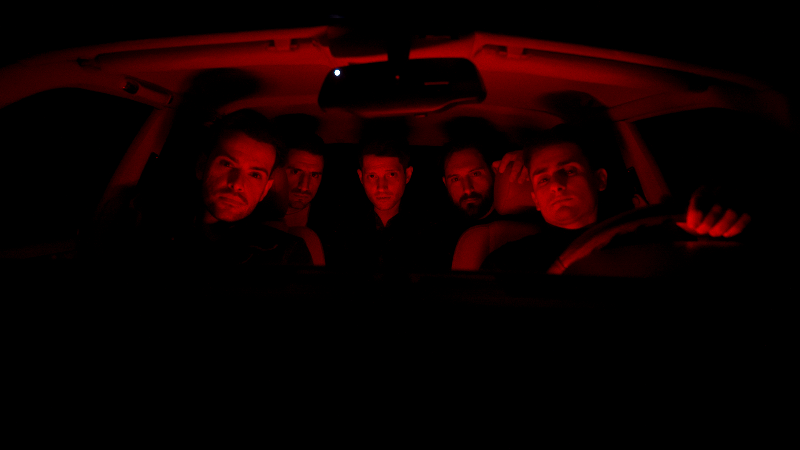 The day we met ΛΔΛΜ

It is not uncommon practice, but at the same time probably nobody could have guessed that the series of jam sessions that took place in the western end of the Athenian peninsula in the summer of 2012 would carry the seed of an exciting band.

ΛΔΛΜ (ADAM) is a creatively focused band of experimental rock, with wide-ranged influences and a clear path to follow.

Metal Digest dived into their world.

Let’s us paint a picture before we dive into your world. What are you up to right now? Please describe your surroundings.

Chillin in a very dark room. Got a fresh pot of coffee. Working on some new riffs.

Alright then, let’s get to your latest release: ‘SUN’. Hope and anticipation for better days that may never come is the concept it was themed around. What were you anxious about when you were creating “SUN”?

The thing that made me anxious the most was the record itself! We went through many rough patches and it took us almost 7 years to release it. The whole process was very detrimental for us, mainly because we had pushed everything else back and were focused on working on something that seemed to be working against us. And this is where the whole silver lining idea shows up. Hoping, and longing for something that might just be an illusion, a placebo. I wanted to explore that concept and particularly the part of realizing that illusion and how you can start over on new grounds, with no false hope and “crutches”.

The digital release back in 2020 now has more than 500,000 streams worldwide as parts of it have found a place on radio stations in America and Europe. Were you surprised by how far this piece has traveled since it’s release?

Absolutely. Deep down we really believed that SUN was a very special thing and we knew that it would gain some traction and make some heads turn, but none of us could have predicted or hoped that it would become that big. We get fan mail from the craziest parts of the world and it always seems so bizarre to me.

Iconic moments from your career: Shall we revisit one together?

Dunno if it counts, but for me, the most important moment of our career was our first jam as a band. The guys and I had broken up the last band we were in and we hadn’t seen each other in quite some time. One afternoon we randomly got together for some beers at the “Dungeon” (aka our rehearsal space / hang out spot).

One thing led to another and we started jamming for old time’s sake and we ended up playing for 2 hours straight. It is one of my favorite musical moments and the most important because this jam session kickstarted ΛΔΛΜ. Parts from that jam ended up on “And then there was Light” on SUN.

What are you obsessed with, today?

Andrew Dice Clay’s “The Day the Laughter Died”, Giulio Paradisi’s “The Visitor” and my new Jazzmaster.

You pay attention to detail and you emphasize aesthetically pleasing minimalism. Is this the result of team work, or there’s a specific band member who takes creative control of all things aesthetic

I deal with the art direction and the biggest chunks of the concepts and ideas. Probably because I’m the most deranged of the bunch. Everything goes through the rest of the guys though. A great thing about ΛΔΛΜ is that all of us are interested or participating in many art forms other than music. Giorgos is a film director, Giannis is into art photography, Thanos paints and Dimitris does graphic design. That way each one of us adds something new to the table and we all work together on the final concept.

Is it hard for a professional musician to make a living from music? Do you think it would be different if you were located in another part of the world?

The music industry nowadays is completely different to how it was, say 10 years ago. The streaming services have gotten so big that even record companies can’t match them. You have to be constantly creating and working on new material otherwise the machine just replaces you with something new. At the same time though, artists have more tools to work with and many ways to create and distribute their art without the need for a record company or an agent. As for the second part of your question, I’m not sure if I can answer that. The situation in Greece is still very rough, especially in our “scene” but I really don’t know if it’s better or worse here than it is in the UK or the States for example. I guess it could favor us in a way, seeing as almost our entire fanbase is located outside of our home country.

How do you stay creative and authentic to your core values at the same time?

I don’t believe in abusing the muse. Forcing things is the sure-fire way of ruining the magic of creating. You have to be true to yourself, your ideas, and your inspirations. Art is all about expressing yourself and it requires honesty to work. I can’t be bothered with writing about things that I haven’t experienced or things I don’t like. I can’t pretend to be someone else.

How do you plan to explore the post-pandemic marketplace and turn it to the band’s advantage?

Music fans worldwide are hungrier than they’ve ever been. Hungry for new music, hungry for live shows and gigs. It’s a great opportunity and we are looking forward to hit the road and play for all the people that supported us and loved our album. 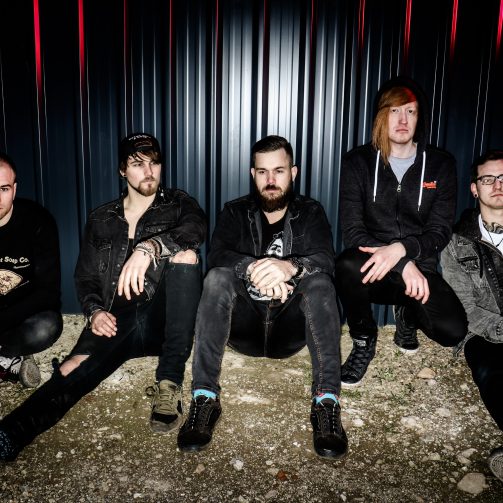 Questions on the Go: Next Stop Olympus