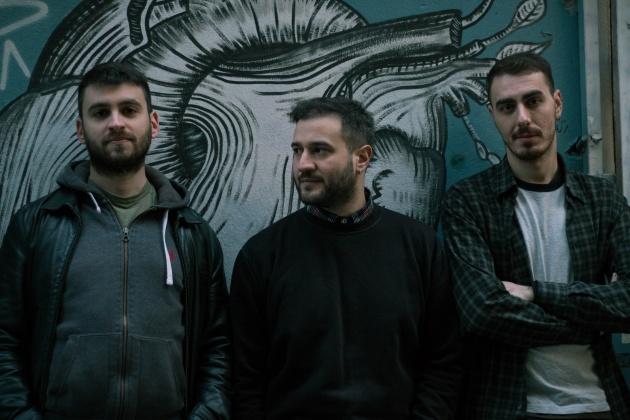 Anatolian and Balkan Folk Sounds in crushing new songs are coming our way.

Metal Digest had a chat with the band about mythology, fusing traditional elements with metal sounds and life in Greece for a musician…

Congratulations on your first full-length. A fusion of metal and traditional music, like never before! What was the creative process like?

Thanks a lot! The creative process was a lot of fun! We usually meet up 2-3 times per week in the studio, someone will bring a riff or an idea, and we work on it/jam it out till it becomes a song or at least something more solid. We experiment a lot, many ideas aren’t kept, fine-tuning can be a pain in the ass, but overall it’s a really self-rewarding experience.

Anatolian and Balkan folk music is very contrasting from a typical rock or metal sound. Was it challenging to combine the two elements in one cohesive album?

Well, not really. It isn’t difficult, in the sense that these folk elements are embedded in the way we naturally think and write music. We listen to a lot of traditional music, whether it be Greek, Balkan, or English folk, and it seeps it’s way through, almost subconsciously, in the ideas we play, for example in the scales or chords we play.

If I’m not mistaken you guys live in Greece? How life in Athens for an unconventional metal musician?

It’s ok I guess? Most people don’t listen to metal in Greece, however the people who do have a strong community and really do support, even the underground local scene, which is very helpful!

Biting your tongue, show no weakness-bang your head against the wall. Please walk us through ‘Bukovo’. What’s the backstory there?

This song is about a manipulative girlfriend/boyfriend that is constantly making your life a mess and keeps you wanting more. Someone that never gives you enough to satisfy or quench your feelings towards her/him. It’s generally a bad situation that we’ve all been in once or twice in our lives.

What’s the dynamics between the three bandmates? Who’s the control freak, and who’s more likely to be late for a rehearsal?

Hahahahaha! The answer to both those questions is Dimos (guitar, vocals)! We generally have a strong relationship, we’ve been playing for almost  a decade together under a different name, which has built a strong chemistry, both as musicians and as friends.

‘Medea’, Khirki’, lots of mythology involved here. As a fellow Greek, I’d like to know what is it that you find so fascinating about it?

Growing up in Greece, it’s unavoidable that you learn some of it’s mythology, from school, visiting ancient sites etc… It’s not something we’re obsessed about or the only subject that inspires us, but it definitely fascinates us enough to include it in our songs, lyrics (and even the band’s name haha)

The last time you wore a band t-shirt, what was the band?

Bat Signal or Vodka Juniors, I can’t remember. Both bands are killer, they play punk rock and they are from Greece.

We all have hard days. When you are having a hard time finding motivation as a band, what keeps you going?

We honestly enjoy writing and playing our music. Even if we don’t have a specific motive, like preparing for a recording or a gig, we still follow the same routine. The hardest days are the ones where someone has stress with an unrelated matter, work or exams for example, but usually after the first hour or so the mood shifts and we are able to focus and have fun playing.

Do you work better under pressure or do you hate deadlines?

Ha, great question! This is something we’ve pondered with the band a lot. I unfortunately(?) believe that most artists work better under pressure, including ourselves and other artists we’ve worked with. Without deadlines, most tasks take forever, we keep postponing things and almost nothing gets done on time.

Back to the album. The release date is upon us. What’s the best-case and what’s the worst-case scenario?

Best case scenario, we conquer Earth with our music, global peace is achieved, world hunger is ended. Worst case, we establish a name in the hard-rock / metal community, play as many live-performances as possible, as soon as this goddamn pandemic allows it, and prepare the ground for a second release!

Thanks a lot for the interesting questions! 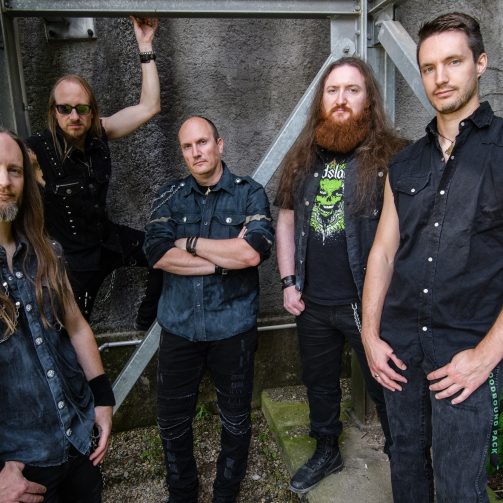