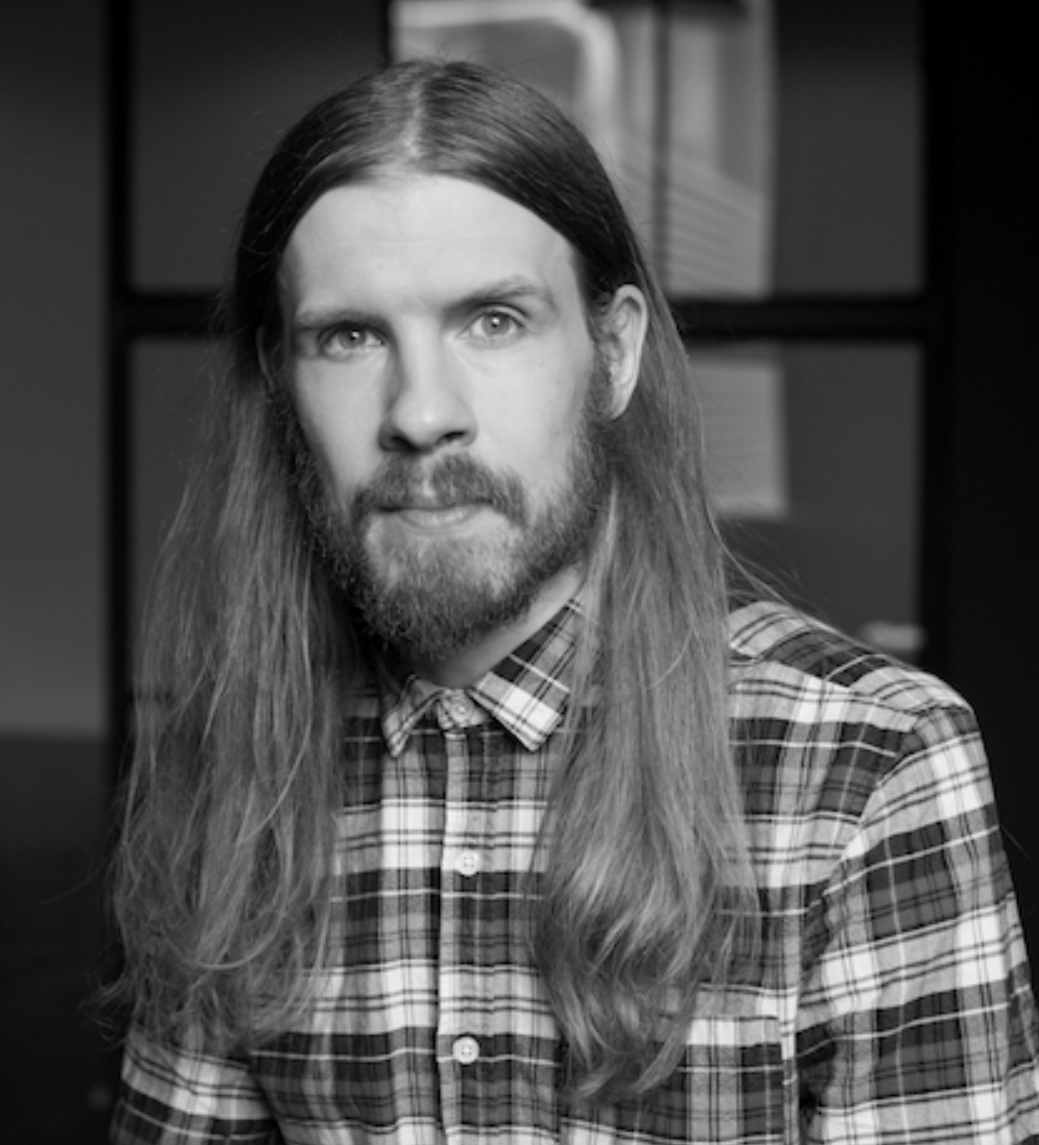 Youtube channel Banger TV has a myriad of excellent programs, including news, reviews, contests, and documentaries to name but a few. They now offer their own sitcom with Heavy Metal Hitchhiker.  I had a chance to talk with one of the show’s co-creators, Blayne Smith via Zoom. After a bit of chit-chat about Covid vaccines, zombies, and wonky weekends, you know, the usual stuff, we had a nice conversation with lots of insight and laughs. Thanks a lot, Blayne.

Metal Digest:  First things first, thanks so much for taking a little time to talk with us. Congratulations on Heavy Metal Hitchhiker. I’ve seen all the episodes a couple of times now and had no idea I’d be talking to one of the people behind it…so this is pretty cool. ..So for those not acquainted with the show, share a little synopsis and what they can expect.

Blayne Smith: Yeah, so this is Banger TV. We’ve been a Metal Youtube channel for a while now. We’ve always wanted to expand a little bit, foray into not just doing the non-fiction, documentary, reviewing type of stuff, but also have some fun with some scripted content. So, we created this web series that came from bouncing ideas back and forth between a bunch of people who love Metal. We’ve got our main character Mitch (played by Garrett Jamieson) and his favorite band forgets a guitar at his gas station and it becomes his mission to get this guitar back to the band because he thinks they will instate him as a roadie. The main problem being is that Mitch has no money and no car, so he has to hitchhike his way there……

BS: Hilarity, horror, romance, we’ve got a bit of it all.

MD: All of the above…yeah he’s not the brightest tool in the box…I noticed it premiered on 4/20. Was that intentional? I didn’t even notice that at first….

MD: I get it. So, each episode is like 8-10 minutes long, somewhere in there. How long does it take to film an episode? Say an episode is 8 minutes, so it takes like 10 or 12 minutes to film?

BS: You’d think that, but you’d be surprised. I mean, for example, in the episode that I’m in, it takes a while to drive out to the woods in the middle of nowhere and get set up. It’s a lot more of a process than the documentary and review kind of thing.

BS: There was a real roller coaster ride with this because we had a full series written and all our shooting days blocked, and we were filming it the last weekend of March 2020…and that didn’t happen. Basically, everything got shut down. We had our places booked, had our actors booked, everything set…and then the world shut down.

MD: I am aware of that. It was in the news once or twice…

BS: Yeah, hard to miss. We had to scramble and figure out and write and re-write…a much bigger journey than you would guess.

MD: I get it. Any finished product…There’s always more behind the scenes than the “unaware” could ever imagine. I can relate to that. …….so the script. Is there a primary writer? Mostly Garrett who plays Mitch?

BS: There were four of us on the project and it was a very collaborative process. We came up with the concept here at Banger, me and Brian Peco initially and bounced this idea around. And he said, “who should we have play, Mitch?” And I said, “I have a friend…”

BS: Yeah! Garrett Jamieson is a fantastic established Canadian comedian and he’s already immersed in the Metal scene. He’s toured, as a comedian, as the opening act for Metal bands in the past. So it’s a natural progression.

MD: Okay, okay…I was unaware he was opening (for bands), but that makes total sense.

BS: He’s been with KEN Mode and Weedeater. Has lots of great road stories.

MD: It’s endless. From the smallest bands to the biggest, several lifetimes of stories there.  Yeah, so KEN Mode and several bands appear on the show, during scenes, credits, etc. What bands would say have benefitted most from the series?

BS: I’m not sure. The cool thing with the whole project was…. well (we said) we need music. Who should we get? Well, Garrett’s friends with KEN Mode and I reached out to some friends in Hellripper and Ripped To Shreds…Power Trip are really good friends of Banger. So it’s a nice family thing. You work with a band over the years, get to know them, you’re buddies and all that…then when a door opens, you try to funnel in as many as you can.

MD: That’s cool..…and you’re setting a relaxed environment for all involved. Were there any bands you wanted to get involved that you couldn’t for some reason?

BS: Well, no so much “couldn’t.” One of the unfortunate things was…. the weekend we were filming, Possessed was in town and we were gonna do something with them. It wasn’t that we “couldn’t” …it was just that a global pandemic conspired to keep us apart.

MD: So…there’s gonna be additional episodes down the road, right?

BS: We don’t know. We have to see by audience reactions, how they take to it, see how it does over time…and if there’s a demand…if there is one thing Banger likes doing, it’s giving fans what they want.

MD: Well, I’m doing my best. I’m watching the shows, man. Increasing the viewership and all that. So…if you could get any band on the show? If you had your choice?

MD: I mean realistically…I’m sure Hetfield’s not gonna just waltz on over….

BS: Oh yeah…one of the bands that would be a dream band but also be realistic is Darkthrone. That would be really cool. Everything you see of Fenriz…just seems like he is the funniest, coolest guy out of any Metal musician, he’s like the “would love to have a beer with” cool guy for me.  And they are the greatest Black Metal band of all time.

MD: Darkthrone. Yeah, a friend of mine loves them. She said, when concerts resume, that’s who she wants to see first. I said cool…lemme know. ….so you’re in only one episode, right?

BS: Yeah. Out in the woods.

MD: …they made you drive out in the woods and all that….

BS: Well, that was my own fault. When you’re one of the writers…you can’t blame anyone else when you have to stand in the snow all day.

MD: So when the character looks cold, it’s legit.

BS: I’ll tell ya if you’ve had the pleasure and the privilege of wearing a Ghillie suit, those things bottle in the warmth. We would go to a restaurant for lunch and people would be like…. were you hunting? I’d just say….yes. (easy answer) …

MD: It gets pretty cold here in Colorado, so maybe I’ll try one of those. People can stare all they want, but I’ll be warm…so there you are…. What would you say is your favorite segment on Banger TV?

BS: The Metal Monthly. I’m really glad people have taken to it and enjoy it. I scour and find five legitimately underground Metal bands that people probably haven’t heard of. It’s always so nice when the episode goes up ‘cause I get tagged on Twitter and Instagram and all these people are like “whoa, I’ve never heard of this band. This band is so cool.” And the bands are like “thanks for the feature. We got a lotta traffic out of it.” It’s nice to (be part of) a nice little ecosystem.

MD: Yeah, it’s all contributing to the common cause. And I know that’s one of the main focuses with Banger and Sam and the whole group is to get lesser-known people exposure. That’s true of a lot of the online magazines. It’s great to expose people to stuff that they probably never would have heard of otherwise. It’s a good feeling.

BS: Yeah, we use the bigger bands to get people in the door and once you have an audience, you shine a light on some of the lesser-known acts.

MD: Lemme ask a couple of things about yourself. You were doing stand-up comedy prior to this. Are you still doing this or is Banger a full-time gig? How did you transition to Banger?

BS: Well, the instant I’m legally allowed to do stand-up again, I will be back out most nights of the week, doing as much as I can. It was actually one of those kismet-type things where our old producer Liisa Ladouceur happened to see me doing stand-up one night. And she was like, “Hey, you’re a big Metal fan? You should come by and be a guest on one of our shows.” So I was a guest on one of the shows and it was a natural fit, the audience liked me, the comments were great and then we snowballed from there. I wormed my way in, and I’ve got my hooks in and I’m not going anywhere now.

BS: Yeah, especially when you’re trying to do the things we are, right?

MD: Is there a timeline on (stand-up)? (referring to Canada in general)

BS: Who knows? Last year, in the Summer, we did some outdoor, limited audience member shows. And we were optimistic and then everyone was a little too optimistic and now we’re back in it… and who knows?

MD: So how does that affect Banger? Just gonna work twice as much?

BS: That’s kinda the life. You can’t just work Monday thru Friday or 9-5 and say, that’s my workday.

MD: Yeah, like I said, with any finished product, there’s a huge time investment on the backend….so any ideas for future episodes or just waiting on the green light?

BS: Still waiting to see. Plan for the worst, hope for the best…

MD: That’s a familiar strategy as of late….any favorite jokes/gags in the show?

BS: Well, not to choose my own episode, but the Bizkit jokes have been really good. (Lots of audience reaction. Bizkit shame and all that.)

MD: My standout is Mitch (getting frustrated) yells out “Goatwhore!” We know what he’s saying. I’ll be sharing the show to get the viewership up ‘cause I wanna see some more. And also just to help you guys out. So…gonna wrap up. I know you have a schedule to keep. Gotta be respectful of other people’s time. Any parting words for our readers?

BS: Hey, thanks for checking out the show, thanks for chatting and listening to me. And it was on the cover (of Metal Digest 5/9/2021) but that Terminalist record is really great, and everybody should check it out.

MD: Yeah. Never hurts to reiterate. So I’m gonna wrap up. Again, we appreciate your time, we wish you all the best and we will be watching and sharing the episodes and hopefully talk with you again.

BS: I appreciate it.  Absolutely

Support us on Patreon: http://www.patreon.com/bangerTV​

Produced with the support from the Bell Fund https://bangerfilms.com​ VC416 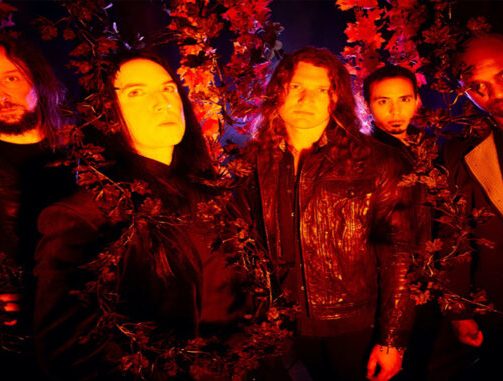