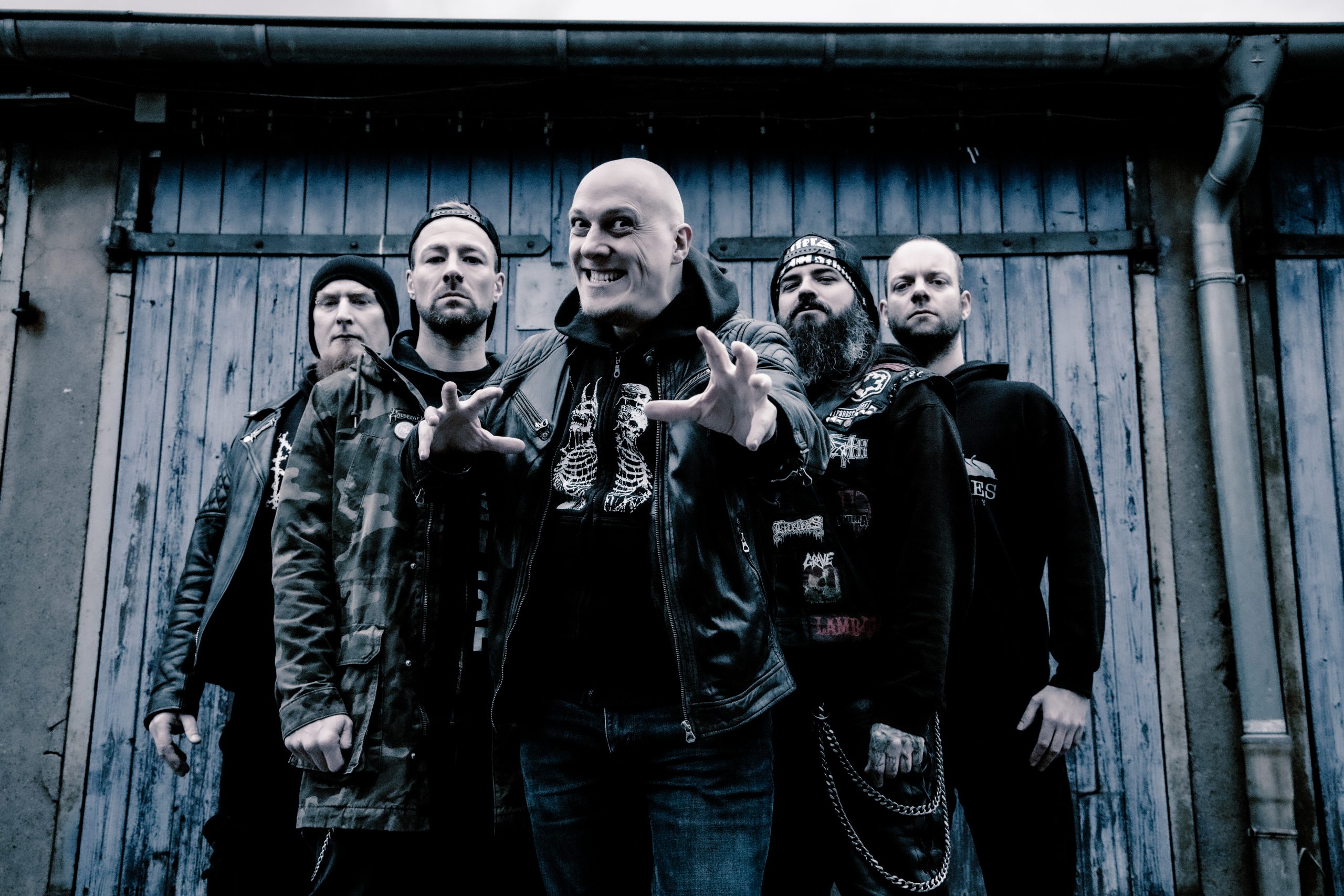 Growing through challenges with Endseeker

Having become one of the premier German death metal bands – and rapidly rising the ranks of the genre as a whole – Endseeker storm back into the fray with Mount Carcass. Building on the groundwork laid down on 2017’s Flesh Hammer Prophecy and having the difficult task of besting 2019’s stunning ‘The Harvest’ they have returned with a streamlined, powerful collection that further raises the bar.

Metal Digest had a chat with the band about the crazy world we live in.

Congratulations on the release of ‘Mount Carcass’. The title – and the lyrics are a metaphor for our modern society, as you stated. What aspects of this modern society disappointed you so much?

Lenny: Thank you very much! I think it is not only modern society that is particularly disappointing. Since there are people, there are also things that go wrong in the respective society. This has hardly changed over the millennia. Greed, envy, resentment, pathological striving for power, and arbitrariness are characteristics that always lead into spirals that feel wrong. History repeats itself. What has now changed regarding the past is the global networking. On earth, everything happens everywhere at the same time. People are pushed into superficiality. In their interpersonal relationships or in their working life.

Everywhere you have to sell yourself. There is no peace anymore to get to know each other without prejudice. However, you have to beg for appreciation.

How did you spend the lockdown? Did you use that time as an opportunity to grow, reflect and compose?

Lenny: At the beginning, the lockdown was rather irritating. What is happening in the world right now? Are we all going to die now? Where do I get my toilet paper? Questions that didn’t arise before. As I got used to “the new reality”, the urge to be creative again grew. Being condemned to a home office and living in a small flat with my family was admittedly difficult for me at the beginning. Everything that had previously been easy to do now had to be fought for. I often didn’t have the energy to “just do it”. And the time when even the playgrounds were closed was brutal. Nevertheless, people get used to everything. I am no exception. Growing from the challenges, yes. I guess you could call it like that. We all go through it. And in the end, the lockdown allowed us to write an album like “Mount Carcass”. So I don’t want to complain. 🙂

Ben: Obviously we spent the last year writing the new album and recording it. Since there was nothing else to do due to the lockdown this was by far the best way we could use that time.

Way better than sitting at home alone getting drunk 😀

It was a completely new experience to fully concentrate on the songwriting without any distraction from tours and live shows. It really helped us to work the songs out perfectly and this might be a method we could use for future albums – just taking half a year off for songwriting.

This time you did not limit yourselves too hard to the Swedish death metal style of songwriting you previously embraced, instead, you let other influences into your songs. It might sound simple but I know for a fact that it takes a lot of courage to stray from the comfort zone of the norm. How was this experience for you?

Lenny: In fact, we have allowed a few other influences on past albums as well. We feel that we are an HM-2 band, which has its origin in Sweden Death. Still, there is no reason to limit ourselves artificially. Music should be authentic and the best way to do that is not to put on chains. Admittedly, “Mount Carcass” feels freer and we are super happy with the result.

Ben: Actually it was quite easy, to be honest. Everything felt very natural and things just fell into place. We just wrote songs we enjoyed playing and didn’t overthink everything too much. The overall goal was to keep it a bit more simple than on the last record but aside from that, we didn’t have a special concept or anything. Like Jury said the other day: “The record simply wrote itself.”

Mount Carcass is a very political record. What’s the message you want to convey to the world in a single sentence?

One of the songs is “Frantic Redemption”, which is about a famous bear nicknamed ‘Pablo Escobear’ who died from eating $15 million worth of cocaine. Umm… elaborate, please.

Lenny: True story! In the 80s, a smuggled package of cocaine was dropped from a plane over a North American forest. At the same time, the smuggler also parachuted. Unfortunately, his parachute did not open and he was prevented from enriching himself from the drug deal. His body was found quickly. It was already suspected that a drug package could be found in the closer. So the search began. After some time, people found empty packages torn open. Packages in which the cocaine was before. However, it had disappeared. Not far away was the body of a black bear. It apparently ate all the cocaine and died dramatically as a result. It is hard to imagine how this animal fared. For a brief moment, this bear was the most dangerous predator on the entire planet. Its corpse was stuffed and is now exhibited in a shopping mall. My dream is to realize a photo shooting with the bear one day with the band.

Like both of its predecessors, Mount Carcass was recorded, produced, mixed, and mastered by Eike Freese. How important is it to have a producer that feels the spirit of the record as if it was their own?

Ben: I’d say it’s essential! When the producer shares your vision for the record and just knows how you want it to sound and feel, that’s the sweet spot! That’s where the magic happens and Eike has that. He’s such a close friend of ours, knows us all for years, produced all our records, and walked the whole way with us. When we started recording it just felt perfect and we all knew it’s gonna turn out great. The recording process was so much fun and Eike really made it a very special experience for us.

For me, his biggest achievement on Mount Carcass is that he created a sound that has huge amounts of character.

The production speaks to me and I can get lost in the sound of this album. I just can’t point out enough how happy I am about this album.

Lenny: Working with Eike is great. He provided exactly the sound we had in mind for the album. It’s important to understand each other and speak the same (musical) language. I don’t know what the album would sound like if it wasn’t full of the producer’s love.

You have a long tradition of cover songs. What did you choose this time?

Ben: This time we we wanted to do something special so we picked the main theme of the soundtrack from John Carpenters genius movie “Escape From New York”. I love this film since I’m a kid and the soundtrack is absolutely brilliant. So we started to play around with it to see if we can make an Endseeker version from it. We felt that it worked totally great and really fits the overall pace of the album. Also the apocalyptic dystopia of the movie fits pretty well in our time, so this song is the perfect conclusion of the album. Also it’s the 40th anniversary of the movie so this is our tribute to John Carpenters work!

Let’s finish with happy vibes. What’s the plan for the upcoming season and what’s the first thing you are going to do as a band when the Covid madness is over?

Lenny: Unfortunately, Corona is not letting us play any shows at the moment. However, we are already planning shows for the time when it is possible again. We are planning tours and are looking forward to playing live again soon and having a beer with the fans at the merch stand. We really miss this! 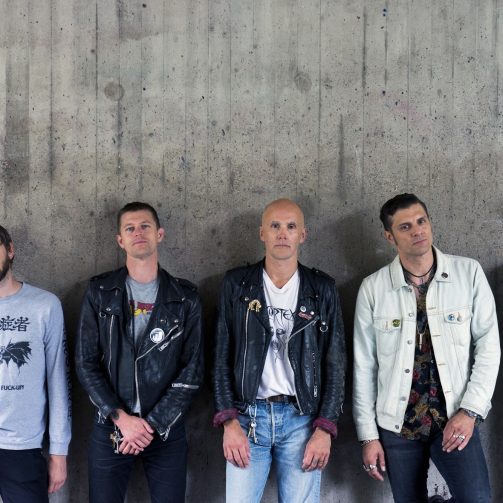