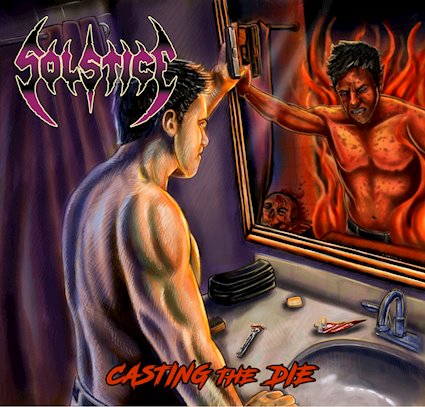 Few bands can claim to have forged the Florida death/thrash metal sound as SOLSTICE did. Back in the early 90’s, pivotal albums such as “Solstice” and “Pray” set the milestone for the local scene and for the whole style to look up to. Now, the Miami quartet is back, regrouped with the immense talent of new recruits Marcel Salas (Cyst) and Ryan Taylor (Malevolent Creation), and drop an album that, being faithful to the 90’s Solstice sound, is exactly the soundtrack to the state of the world today. “Casting The Die” is equal parts intensity and speed, technical ability, and sheer fury. And, for a band with ages ranging from 23 to 50, they present themselves as a tight unit.

“Ryan Taylor came into the band at 17 years of age”, guitar player Dennis Munoz comments on the new members. “A player beyond his years and an excellent fit on guitar and lead vocals. Taylor joined a group with members more than twice his age and truly brought in a new hunger for the band. Marcel Salas is truly an outstanding and gifted bassist and musician.  Proficient in many styles including jazz and latin. His playing is prominently featured and absolutely shines on this new recording”. Munoz also weights on the way “Casting The Die” stands in Solstice discography: “As stated by Ryan Taylor, this new recording is a fusion of the first and second“.

Solstice was formed in 1990 by Rob Barrett, Alex Marquez, and Dennis Munoz in Miami, Florida. Soon after their first demo, the band signed to Steamhammer/SPV, the German label that released their first two albums. However, after Rob left to join Cannibal Corpse and with Alex increasingly busy with Malevolent Creation and Demolition Hammer, the band went into a long hiatus. After a few hints to reunite, the third album finally saw the light of day in 2009. Now, powered with the new blood brought by Taylor and Marcel Salas, Solstice is back in full force, with an impressive display of power in the form of the fourth album, “Casting The Die”.

“Casting The Die” will be released in digital, CD, and LP (four different colours: red, purple , marbled blue & black) by Emanzipation Productions, on May 7th, 2021.

Solstice back-catalogue (the albums “The Sentencing” and “Pray”, as well as their 1991 demo) will also be reissued by Emanzipation on both CD and vinyl formats. 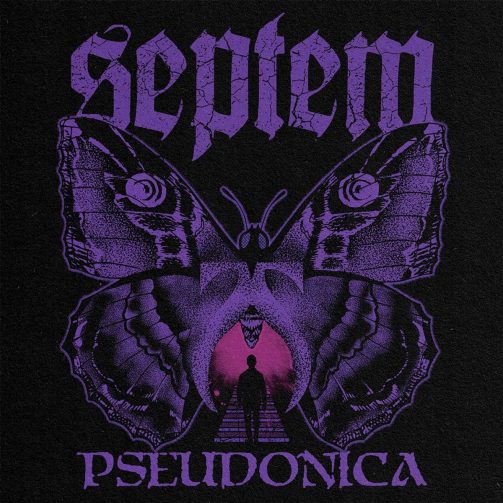