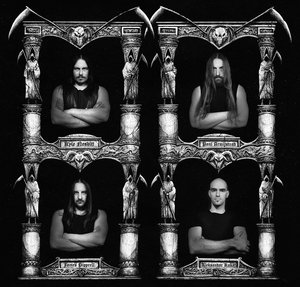 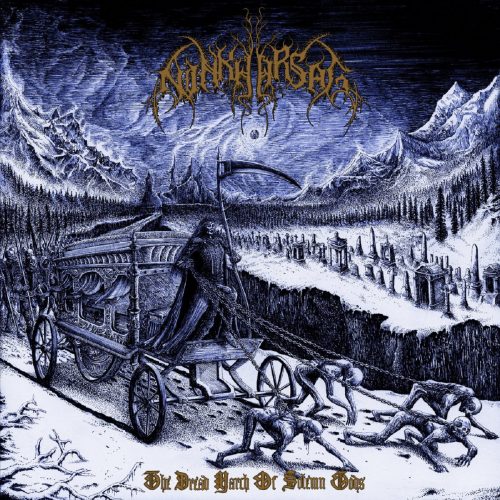 England is not always the first place that comes to mind when you think of black metal, but Ninkharsag are bucking the trend as what began as a one-man project back in 2009 quickly took on the shape of a full band. The Liverpool band landed their debut album to a warm response back in 2015 and now Ninkharsag are returning with their long-awaited sophomore album ‘The Dread March of Solemn Gods’.

The cold wind blows from the Irish Sea and it heralds that familiar black metal sound as Ninkharsag put their foot to the floor with ‘The Dread March…’. This is an album full of that black metal goodness, it’s cold, hard and raw with its driving riffs, quick-fire rapid drumming and bloodthirsty growls that would make any listener think that this band was coming at them from Norway c. 1993. It takes a certain panache to do this genre well and ‘The Dread March…’ shows that Ninkharsag have got it covered as tracks such as ‘Strigoi Diabolicum’, ‘Under the Dead of Night’ and ‘The Necromanteion’ hum with all the hallmarks of Dissection, Necrophobic and early Emperor as lyrics take on mythology and the occult in earnest.

Yes, alright, there isn’t anything here that any black metal band hasn’t done before or even anything that really singles the band out as unique; but what ‘The Dread March…’ does show is a band growing in both experience and confidence to take on the black metal world and come out swinging.

a band growing in both experience and confidence
70 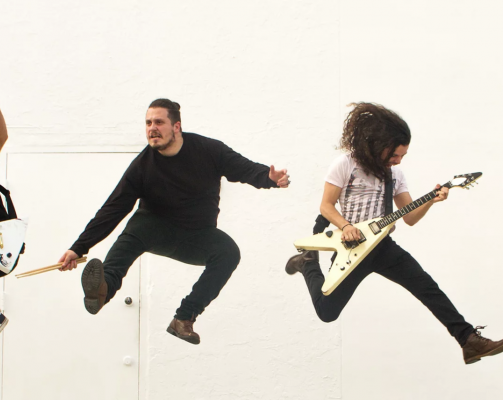