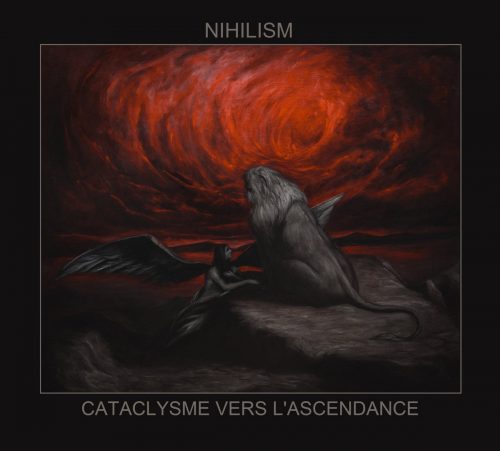 Thessaloniki, Greece is a beautiful city rich in history and culture, a place I’d like to visit one day. But like anywhere else, there is a darker underside. Thessaloniki’s Nihilism offers the absolute personification of that side.  ”Cataclysme Vers l’Ascendance” is the band’s second album since forming in 2015. I have stated on a few occasions that Black Metal is not really my thing, but it is growing on me. This album is encouraging that growth. It is raw, abrasive, and wonderfully dissonant.

Breaking it down, but not divulging the whole album, there are seven tracks (conveniently named “one through seven.”) Tracks one and two are straightforward songs that could easily stand alone in (almost) any Black Metal playlist.

Tracks four and six: Frantic Black Metal, hypnotic descending lines, and a clean singing/spoken word interlude culminate in a wondrous cacophony. Makes you want to hear it for yourself, doesn’t it? Well, that is precisely my intent.

Track seven: A majestic instrumental, complete with a choral arrangement; it ends the album beautifully.

I’ll be honest; I cannot understand the words, but I understand emotion. This album offers all of them. Which ones you choose to hear is up to you. 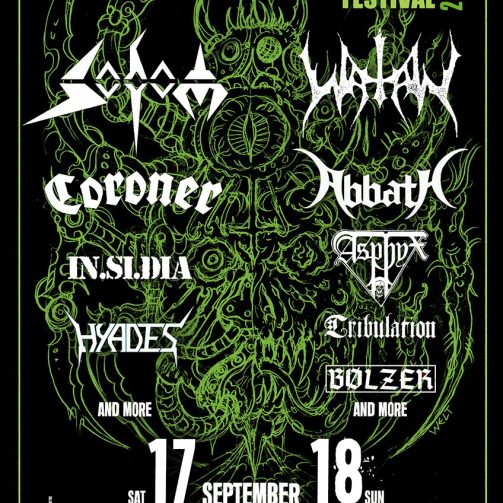