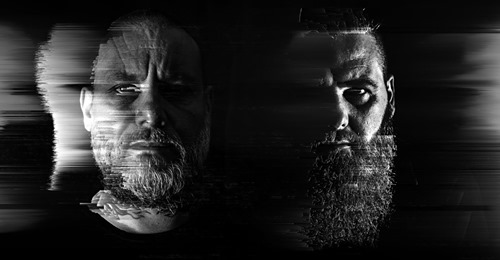 Dark and Moody; Bleak and Sublime; Airy and Crushing. Meet THE CROWN

The ‘End Of All Things’ is for CROWN what ‘Kid A’ was for Radiohead: an album that nobody was expecting from them.

Dark and moody; bleak and sublime; airy and crushing; mesmerizing and engrossing; bold yet unerring; strident, danceable and suffocating, all at the same time. An album oozing with tasteful, fragile hooklines flirting with the abyss they are hovering above, encapsulated within an ingenious major production.

Metal Digest had a chat with the band about taking risks, venturing into new territories and The End Of All Things.

‘The End Of All Things’ came as a complete surprise to anyone familiar with your previous two records. It’s a completely different venture with low, soothing vocals which we did not see coming. What prompted such a turn?

David /.This obviously was Stef’s choice. As I remember at the very first period of him writing new demos he imagined doing it as a side project…  But pretty quickly it became obvious that it could fit into crown’s universe…   And as far as I am concerned I think it’s totally coherent even if I can imagine it’s a bit of a surprise for all people that used to know the band before this album.

Steph /. Right after Natron album, I wanted to write something more extreme and heavier but when I started demos in December 2017 it came in another way. As you can notice each album is different, I just can’t do the same thing on each new album, for me it’s just not possible, art is made to evolve and to push boundaries. There’s a shitload of bands on the planet releasing almost the same album, sometimes with exactly the same production, some of them are big acts. Doing music means to me to take risks and to renew myself. So these new songs were more progressive, with less heavy guitars, almost no screaming vocals, with more dynamic also. It’s also the first album where I and David were working together from beginning to end. This was also the first album I wanted to use drum machines and real drums.

Stéphane did all the vocals himself, for the sake of coherence. Why was coherence so important to you for this particular project?

David /. When I mixed Natron, the previous album, I loved the general vibe and really enjoyed some of the guest’s performances. But what I loved the most was Stef’s clean and his ” kind of hell’ s crooner’s” voice.

So when we started to work on the demos, I really wanted him to do all the vocals and to use and abuse, what I thought was the most interesting aspect of his voice ….  the clean low vocals!I also was pretty sure it would bring coherence and strength to the lyrics and the general atmosphere of the record.

Steph /. I wrote these vocals parts without thinking it would be a real challenge for me later to record. Vocal parts on this album are not that easy especially when you’re used to screaming, it’s much easier than singing clean vocal parts. That was pretty intense, but David managed to get the best of me even if sometimes it was incredibly hard, it’s not only a matter of being in tune but you have more than ever working on giving intention to your vocals, it’s much more difficult than screaming and even more difficult with my low vocal tone.

Making space for that sound must have been quite a challenge. What was the formula you utilized to make it work?

David /.
You’re right it wasn’t easy. First because when you sing that low it’s kind of hard to give power to the voice. Also, despite a few vocals that are more screamed or even a few higher -clear voices, mainly we stayed in the lower register so we used vocoders, or backing to bring the energy that we needed So after we found the solutions to this challenge. The rest was just hard work.

I came with all my demos to David’s studio and it sounded pretty flat. I knew David will bring these demos to the next level. We started to record drums and we put everything together with the vocals, guitars, synths, drum machines, etc. It was a challenge to bring dynamic to the songs but David is very creative and he knew exactly what to do and when to improve all songs. David is by far the best sound engineer I’ve worked with and probably one of the best around, period. But he’s also an amazing producer, the demos were pretty good for a base but we needed to bring some magic and that’s a thing David is doing very well, with unpredictable experiments on guitars or synths, even on vocals and drums for example. We wanted to have this organic vibe too vs the machines et David did a fantastic job. Some people are noticing there are not a lot of guitars but they’re wrong, you can hear sometimes synths but these synths soundscapes are made with guitars and the other way around. We’ve been very sneaky on this one 🙂 in order to destabilize the listener.

You are clearly risk takers when it comes to music. Falling into the same patterns and repeating oneself is a trap lurking around the corner for most bands but you nailed versatility. We want to know the recipe for that please.

David /.
Well, that’s finally an easy question for me…

I’m personally not interested in doing the exact same stuff twice … and even less again and again. And unfortunately, it’s pretty common in modern music, including metal in general. In France, we’ve got a saying that I will try to translate here and now, even if there might be a real equivalent in English too:

Steph /.
I guess we both agree taking risks is way more exciting than staying in your comfort zone. Art for me has always been synonymous with pushing the limits, exploring new territories, that’s exactly what we did on this album without a doubt. Art is chaos so why so many bands are trying to stay out of the danger? The best example is probably Trent Reznor or Einsturzende Neubauten, or Swans, Radiohead, etc, making something very unique without taking care if it’s gonna please or not the audience. It’s like having the possibility to explore the full universe but you’re staying home because you feel more safe and secured.

If you could pick up a new skill in an instant what would it be?

Personally, I lack skills in pure music theory. I would love to be able to write melodies and chord progression by not only guessing …

But in the meantime, I always was scared to lose some of the magic of mistakes, and the “wandering in the dark “ technic.

Which is why I never took the time to learn ….. and also cause it looks fucking boring !!

Steph /.
Same here, I have zero theory, I don’t even know which note I’m playing on a guitar or on a synth. I’ve never been interested in this, I’ve learned theory in my childhood but it was such a pain in the ass that my brain probably erased it by purpose hehe. I would need some theory for sure but it’s a lack of time now and too late we’re in our mid 40’s you know so we don’t give a fuck about that really and the «wandering in the dark» method is by far the most exciting technic to write music.

Been pleasantly surprised by anything in the music industry during those bleak times lately?

David /.
Well, my answer might probably not represent Stef’s opinion, but personally, I’m in love with Bring me the horizon’s Amo…. (not just this one but it is my favorite). Doing something like that for a metal band ask for balls….  exactly the same balls that ZZ top needed to release Eliminator, with ONLY drum machines and synth bass, knowing how, at the time, the blues scene was made of purism. So back to BMTH I found the melodies just killers, the production and electronic work stunning… And I can really imagine that for them too, recording those perfect vocals is pretty challenging. I would love to do something with them one day, like… a  day at the beach or eating melting cheese….   something!! And I can really imagine that the vocals are pretty challenging too as soon as it’s not screamed.

Steph /.
Been really into the latest Low album «double negative», 65 days of Static, Boards Of Canada, really into the latest Arab Strap, I’m a huge Amenra fan also, probably one of the most intense and heaviest band on the planet with Neurosis (massive fan of Neurosis too), listening to a lot of Swans in the last few days. I’m listening to a lot of black metal, Leviathan, Gorgoroth, Immortal (I’m FOH for Abbath by the way, being a FOH sound engineer as a day job), Mayhem, Darkthrone, and a lot of old school death metal like Asphyx, Mercyless, Carcass, Bolt Thrower, Entombed, etc. The black metal scene has always been very creative and inspired, much more than mainstream metal. I’m a huge music consumer from world music to the most extreme black metal stuff. I always try to find something exciting and fresh in music.

End of All Questions: What’s something you want to do in the next year that you’ve never done before, musically speaking?

David /.
Fuck…. Personally, there’s so much interesting stuff to do, people to collaborate with… If it was possible, I would love to write an entire album living in Tokyo….   (for the inspiration). And also there’s one last thing that could really fit Crown’s universe, a collaboration that I imagine a few times…but as you probably guessed by now, I won’t reveal it to you as long as it isn’t a reality.

Steph /.
I guess what David has in mind, why not but personally I would like to work one day with Trent Reznor, it would be a dream come true, he has been a constant influence in Crown since the beginning and I must say with an album like the Downward Spiral he has 20 years of advance on our time, this album is still a masterpiece and will stay probably for me one of the best albums of all times. I’ve never found any other band such talented and such creative as NIN until now.

The End Of All Things, wiil be released on the 16th of April via Pelagic Records. 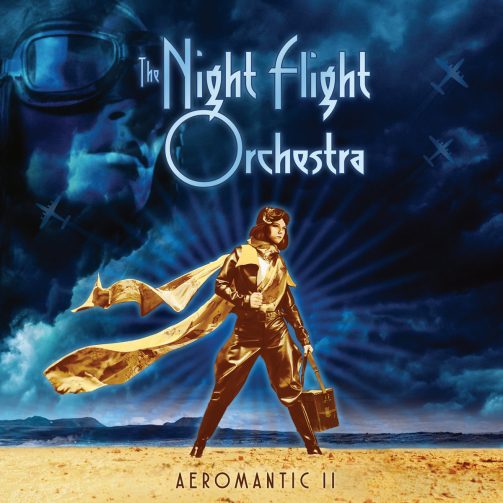